Ruth Davidson: PM has presided over 'culture of persistent law-breaking'

The former Scottish Conservative leader said Boris Johnson has been shown to have broken to the law and should now go. 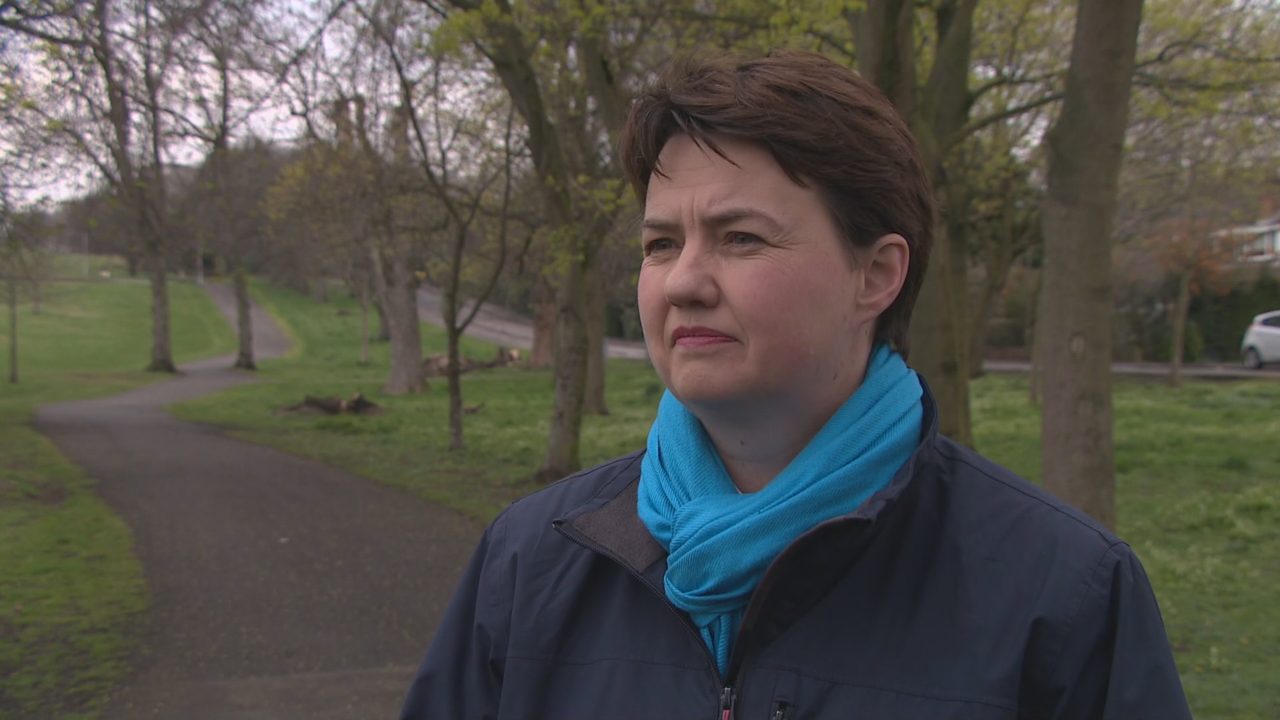 Ruth Davidson has called for Boris Johnson to resign, as she said that he has presided over a culture of “persistent law-breaking” in Number 10.

The former Scottish Conservative leader spoke during the local election campaign trail a day after the Prime Minister and the chancellor Rishi Sunak were handed fines for lockdown-breaking parties during the pandemic.

Davidson, who was handed a Peerage by Johnson, told STV News that having a Prime Minister in office who has broken the law is “damaging” to the country.

However, she made clear her support for Douglas Ross, despite the Scottish Conservative leader having stopped short of calling for Johnson’s resignation over the matter.

Ross, who earlier this year urged the Prime Minister to resign, later withdrew his letter of no confidence in Johnson in light of Russia’s invasion of Ukraine.

Davidson underlined her view that Johnson should now leave office.

“I think that the Prime Minister has been shown to have broken the law, he’s accepted that, he’s paid the fine,” said Davidson.

“He spoke to both the country and the parliament and said that no rules had been broken and they clearly had been, and he’s not corrected the record.

“So, I think under those circumstances, he should go.”

Asked whether she believes that Johnson misled Parliament, she said: “I think that he stood up in Parliament and he spoke to the country and said that all rules were followed.

“And clearly, that’s not the view of the Metropolitan Police, and it certainly doesn’t seem to be the view of those people who’ve accepted their penalty notices and have paid them, including the Prime Minister.

Davidson highlighted the damage caused by having a leader in government found to have broken the law.

She said: “I’m a conservative and part of that is believing in the institutions of this country.

“And I think the office of the Prime Minister should lead by example, especially when it’s setting the laws of county.

“So I do think that to have a Prime Minister who has broken the laws that he himself introduced is damaging to the country.”

Davidson was not drawn though on whether Sunak should also step down from his position.

She said: “I think that the ministerial code… it’s up to the Prime Minister.

“The Prime Minister chooses the Cabinet, that’s the only person that makes those decisions.”

Despite holding a differing view to her successor at Holyrood, Davidson described Ross as a “fine leader” of the Scottish Conservatives.

He said: “I support Douglas entirely, in fact, I think he’s been put in an appalling position.

“I think this is the sort of position that no Scottish leader has been put in before, certainly harder than anything I ever had to deal with from colleagues down South.

“But, Douglas was pretty gutsy in saying that he disagreed with the Prime Minister and he came out early.

“And I think the view that he’s taken that there are other, international issues to think about, like Ukraine where the Prime Minister is performing well and I will absolutely concede that, I think does put Douglas in a very difficult position.

“But, I absolutely support him and we just take a different view on what happens now.”

Davidson also pointed to the electoral success of Ross and the party in last year’s Holyrood election.

She said: “I think that he’s taking in a much wider viewpoint which includes the international directive that’s going on right now and the war that’s going on in Ukraine and Russia.

“But my issue is not with Douglas Ross, he’s a fine leader of the Scottish Conservatives and in terms of his electoral ability, we saw just in May last year that he knocked anything I managed to do into a cocked hat, he found 100,000 new Conservative voters right across the country.

“So I have absolutely no issue with Douglas Ross, my issue is with a Prime Minister that broke the laws of the land that he himself set.”

Davidson indicated that it would be a decision for MPs on whether a leadership election is triggered in order to replace Johnson in Number 10.

She said: “I think that the Prime Minister should walk now because one, he’s been shown to have broken the laws of the land that he himself set.

“Because he presided over a culture in Number 10 where there was persistent law-breaking.

“And because he went and told both the Parliament and the country that no laws had been broken when they clearly had been, and he knew that they had been.

“So I think he should go now, whether MPs choose to put their letters into the 1922 Committee is a mechanism that is only open to MPs, that’s not open to me.”

First Minister Nicola Sturgeon hit out at the stance taken by Douglas Ross as she criticised the argument that the war in Ukraine means it is not the time for the Prime Minister to be removed from office.

She told STV News: “We’ve got a situation here where the rules were serially breached, let’s be frank, this was not an isolated incident.

“And then on top of that, the Prime Minister has repeatedly lied to Parliament about the situation.

“And now insult is being added to injury – We had Tory MPs trotted out yesterday to say that this was no different from teachers or nurses going to the staff room for a drink after a shift. Teachers and nurses didn’t do that at the height of lockdown.

“And then we’ve had what, in my view, is the lowest of the low – trying to use the horror and the suffering being inflicted on people in Ukraine as some kind of shield for the Prime Minister.

“And Douglas Ross in particular who seems to be leading that particular line of argument, I don’t know how he can look himself in the mirror, let alone look anybody in Scotland in the eye.”