Rishi Sunak to be next Prime Minister after winning leadership contest

The former chancellor will replace Liz Truss in Number 10. 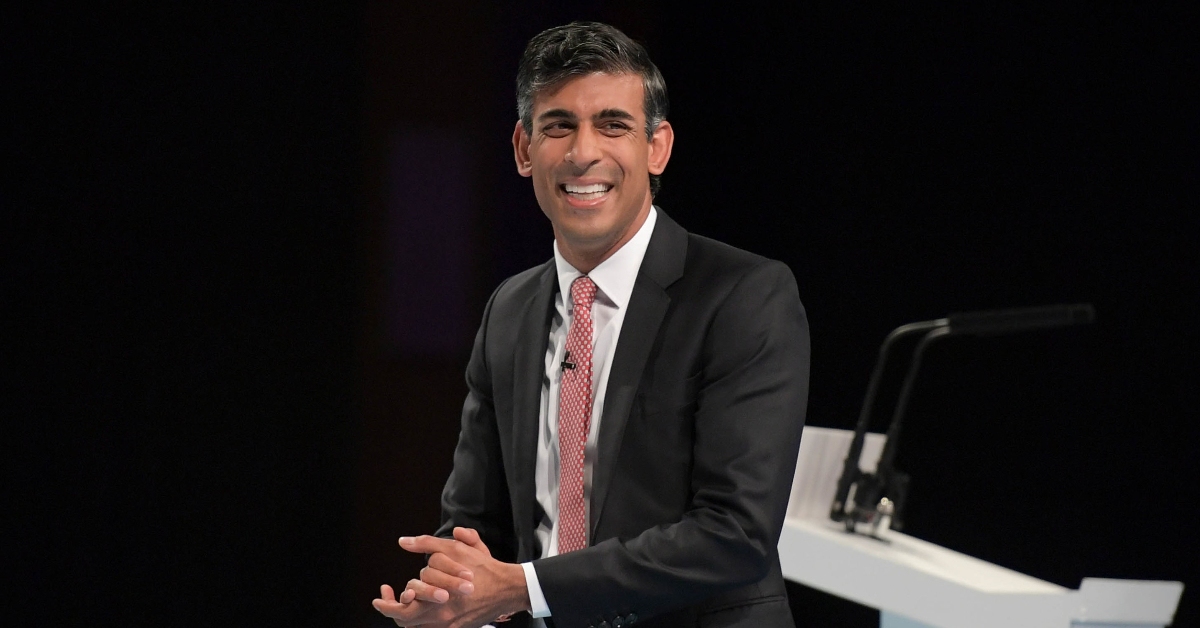 Rishi Sunak will be Britain’s next prime minister after being named as the new Conservative Party leader.

The former chancellor won the support of a majority of his party’s MPs to secure the nomination.

Penny Mordaunt was his only opponent in the contest after Boris Johnson withdrew on Sunday but failed to reach the nominations threshold.

Shortly before the 1922 Committee made the announcement at 2pm, Mordaunt conceded in the race to Sunak.

In a statement, she said: “Our party is our membership. Whether we are elected representatives, activists, fundraisers or supporters. We all have a stake in who our leader is.

“These are unprecedented times. Despite the compressed timetable for the leadership contest, it is clear that colleagues feel we need certainty today. They have taken this decision in good faith for the good of the country.”

Mordaunt said that she is proud of the campaign that her team ran, as she said there is “much work” to be done.

She continued: “Members should know that this proposition has been fairly and thoroughly tested by the agreed 1922 process.

“As a result, we have now chosen our next prime minister. This decision is an historic one and shows, once again, the diversity and talent of our party. Rishi has my full support.

“I am proud of the campaign we ran and grateful to all those, across all sides of our party, who gave me their backing.

“We all owe it to the country, to each other and to Rishi to unite and work together for the good of the nation. There is much work to be done.”

Sunak reached the final two of the leadership contest held over the summer, but lost out to Liz Truss.

However, the former foreign secretary only lasted six weeks in No 10 before she announced her resignation.

Truss said that she could not deliver her mandate, having lost the confidence of Conservative MPs.

She will remain as prime minister until she meets the King in order to formally tender her resignation.

When that is accepted, Sunak will then have an audience with the monarch where he will be asked to form a government.

Sunak will be the first prime minister appointed by King Charles following the passing of Queen Elizabeth.

Opposition parties including Labour and the SNP have called for a general election in order for the new prime minister to confirm his mandate to govern.

Boris Johnson was the last Conservative leader to lead the party to a general election victory in 2019.

Following the confirmation of Sunak, Scottish Conservative leader Douglas Ross said that focus must now be on bringing the country together.

“I’d like to congratulate Rishi Sunak on becoming the new Conservative Party leader and Prime Minister, and look forward to working with him for the good of Scotland and the whole United Kingdom,” he said.

“Our country – like others around the world – faces tough economic challenges. Against that backdrop, it’s important that we have someone at the helm with a proven track record in running the nation’s finances, who can provide economic stability and reassurance to the markets.

“Recent weeks have been difficult and unsettling for both the Conservative Party and, more importantly, the country. Now all our focus must be on bringing the nation together and navigating the tough economic conditions we face.

“As he showed during his time as Chancellor – not least in safeguarding one in three Scottish jobs during the pandemic through the furlough scheme – Rishi Sunak is uniquely well equipped for that task.”

The SNP’s Westminster leader Ian Blackford insisted that there must be a general election.

“The Tories cannot be allowed to impose a third prime minister without a general election. Voters must get a say and the SNP is determined to ensure they do,” said Blackford.

“The Tory government had no mandate to trash the UK economy with its disastrous budget and it has no mandate to install yet another leader who will impose devastating austerity cuts, making households pay through their teeth for Tory mistakes.”

Scottish Labour leader Anas Sarwar also called for the public to be given a vote in a general election.

He said: “Rishi Sunak has no mandate to lead the country. It’s time we had a general election and swept this immoral government from power.

“There is a majority for change and the Labour Party under Keir Starmer represents that change. It’s time we called an end to this Tory merry-go-round of chaos.”