Sturgeon set out her intention to hold an independence referendum.

Nicola Sturgeon has said she welcomes Rishi Sunak’s pledge to “reset the relationship” between the UK and devolved governments after meeting with the Prime Minister for the first time since he entered No 10.

The First Minister spoke with Sunak in Blackpool on Thursday as they attended the British-Irish Council.

It is the first time that a prime minister has attended the summit – aimed at strengthening relations between the UK and Irish governments – since Gordon Brown in 2007.

Speaking following their meeting, Sturgeon expressed her intention to build a good relationship with the new prime minister, who succeeded Liz Truss in Downing Street.

However, the SNP leader stated that she made clear to Sunak that she would not allow Scottish democracy to be “held prisoner” to a UK Government over an independence referendum.

Sturgeon has outlined her intention to hold a vote on the issue in October next year,

“But, in terms of whether he’s going to deliver on these things, the jury is out on that and time will tell.”

The First Minister explained to the Prime Minister that she is prepared to work with him on agreeing a process to allow people in Scotland to vote on the question of whether the country should become independent.

However, she also suggested that if Sunak does not agree to a referendum, she will continue to allow Scots to have their say by alternative means.

“I made clear, I don’t think this came as any surprise to him, that I intend to honour the manifesto commitment and the electoral mandate I have to give people in Scotland a choice over their future,” she said.

“I said to him that I’d listened carefully to his own comments about electoral mandates and agreed very much with them.

“However, what I am not prepared to do is allow Scottish democracy to be held prisoner by a UK Government.

“So, I intend to honour that mandate. The right way of doing that would be for the UK Government to respect the mandate and agree a process to allow the people of Scotland to decide.

“So if that is something he wants to do, I’ve made clear that I stand ready to do it.

“But otherwise, I will seek to progress that mandate in the way that I’ve previously set out.”

The SNP leader vowed to bring “good spirit and good faith” to the relationship with the Prime Minister.

She said: “We have deep and profound political disagreements, there’s no getting away from that.

“But as I have done with all bar one of Rishi Sunak’s predecessors, his immediate predecessor I didn’t even get the opportunity to speak to.

“I worked with David Cameron, Theresa May, perhaps to a lesser extent Boris Johnson, but with all of them, there was the ability to engage and to at least have a conversation.

“I certainly will bring that good spirit and that good faith to the relationship and he assures me he will do likewise, so I’m certainly willing to take that at face value and hope that that is what we manage to achieve.”

The First Minister also suggested that there had been a “deterioration” between the UK Government and the devolved administrations.

Sunak is the fourth prime minister that Sturgeon has faced during her time as Scotland’s First Minister.

She said: “We are politicians from very different political parties and different outlooks, of course we’re going to disagree on many things.

“But the test I think of any professional, grown-up, political relationship between different governments is whether you’re prepared and able to put those disagreements aside and find areas to work on.

“And even where you disagree, to have frank conversations and disagree civilly.”

Sturgeon added: “There has been a deterioration in the relationship between the UK Government and I think all of the devolved administrations.

“There’s been a lack of respect on the part of the UK Government, a riding roughshod over the powers and responsibilities of devolved parliaments.

“Now, I welcome Rishi Sunak’s words about wanting to reset the relationship and do things differently, I really welcome that, but the proof of the pudding will be in the eating.” 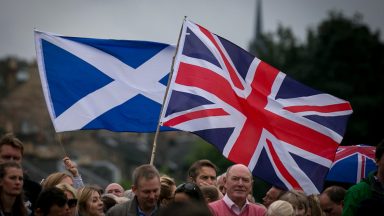