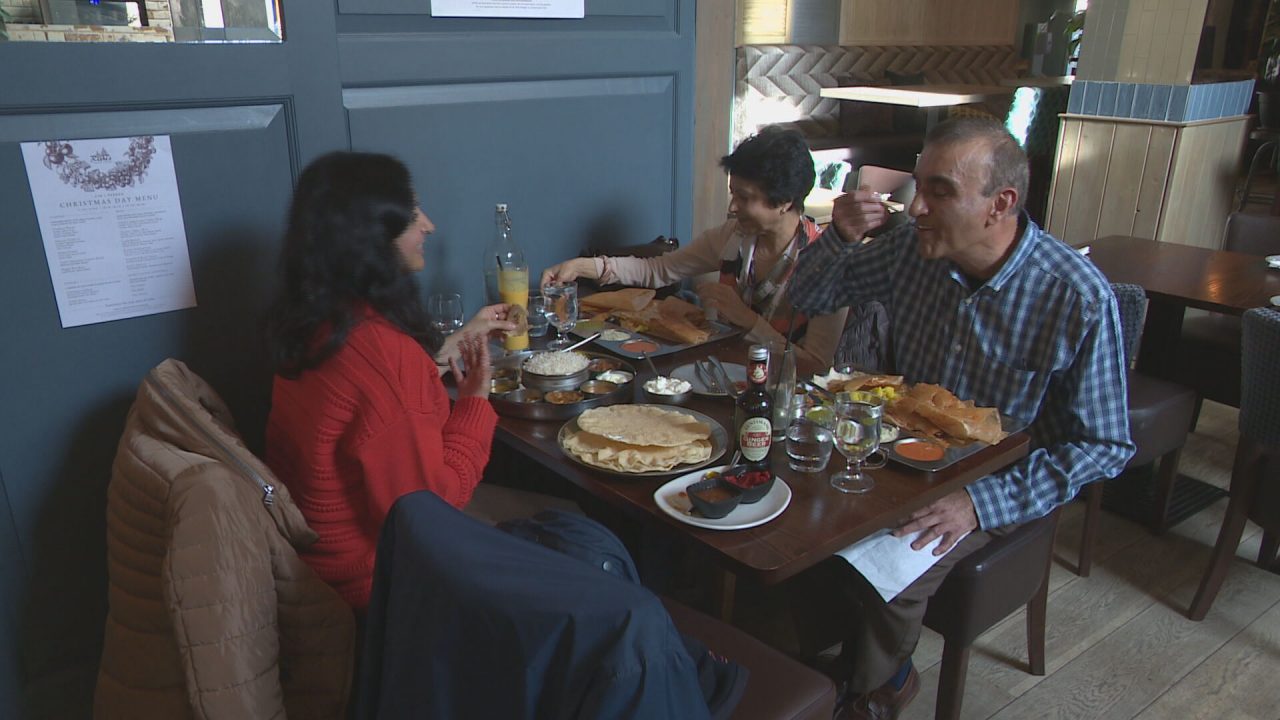 Staff and customers celebrating Diwali at an Indian restaurant have welcomed Rishi Sunak being named the next prime minister.

The former chancellor will become the first British Asian and Hindu leader of the UK – and the youngest for more than 200 years at the age of 42.

Sunak will take the reins from Liz Truss later this week after becoming the only Tory candidate to secure backing of at least 100 MPs.

Potential rivals Penny Mordaunt and Boris Johnson pulled out of the running in the final hours before nominations closed on Monday.

As they enjoyed lunch to mark the Hindu festival at Rishi’s restaurant in Edinburgh, members of the Jilka family, from West Lothian, welcomed his appointment.

Mike Jilka told STV News: “Rishi is going to do a brilliant job. It’s great news for the nation, we are a multicultural society.

“His policy is top class, solid as a rock. He’s a very fair prime minister for this country. I think he will bring the nation and the party together.”

Rishi’s chef Jay Jay said Sunak’s support measures for businesses during Covid, including Eat Out To Help Out and the furlough scheme, helped him win approval.

Mr Jay said: “He took swift action during an unprecedented time, saved millions of businesses and made sure people got income.

“He’s an economist and an intelligent person. He’s the best person to fix inflation.”

Mr Jay even suggested Sunak could become a symbolic leader for the Tories, adding: “The name Rishi means purity, clarity, a ray of light. We need that during this troubling time and we’re sure he’ll bring this.

“He’s very calm, honest and straightforward. Genuinely the nicest politician you can see.”

Truss, who will make way for Sunak less than two months after she beat him in the last leadership contest, congratulated her successor and told him: “You have my full support.”

He will be formally appointed to the role in a handover of power overseen by the King in the coming days.

Meanwhile, locals in Elgin were less impressed with the news of Sunak becoming prime minister, with many calling for a general election.

One voter told STV News: “I’m not a Conservative. He did well by us during Covid, but I honestly don’t think he’s the man for the job. We need to let the people vote.”

Another added: “My personal opinion is the Tories need to be out, 100%. Everything they’ve done in the last ten years is a joke- they’re not looking after their constituents and they need to do a better job.”

One passer-by said: “We’ve been under the Conservatives for too long. It’s time to hear what the people want. We’re getting fed up of it after Theresa May, Boris Johnson, Liz Truss – it’s needed.”