Nicola Sturgeon is anticipated to announce a rent freeze in her Programme for Government. 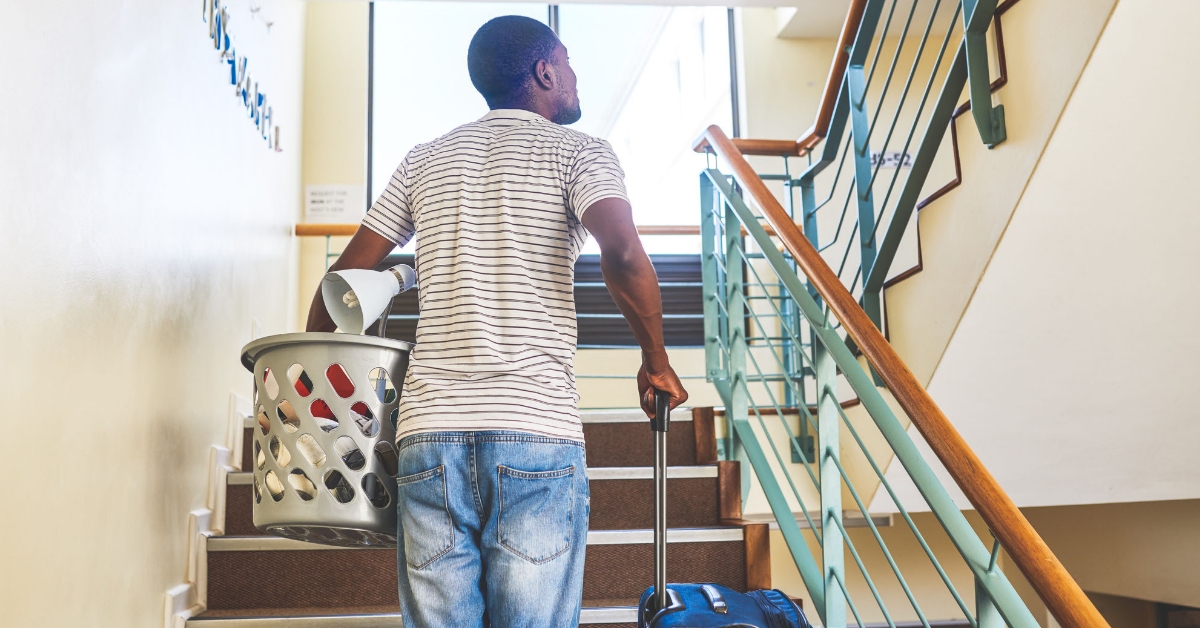 A freeze on rents across Scotland must include purpose-built student accommodation, a tenants’ union has said.

First Minister Nicola Sturgeon is anticipated to announce a rent freeze in her Programme for Government at Holyrood on Tuesday.

Labour leader Anas Sarwar has previously called for an emergency rent freeze to be introduced immediately after MSPs return from Parliament’s summer recess.

Under the plans set out by Sarwar, the freeze would be in place for nine months, with an option to extend the policy for up to two years.

Olly Brown, from Living Rent, said that rents are already unaffordable for many people across the country.

“The rent freeze would be a really great step in the right direction,” he told STV News.

“It’s only a temporary thing to try and protect tenants in the short-term before rent controls can be introduced to actually bring down rents because they’re already unaffordable for so many people, including students.

“The rent freeze definitely has to include purpose-built student accommodation, you can’t make any exclusions there because students are facing ridiculous costs and they need to be included in any rent freeze and rent controls.”

Brown indicated that longer-term measures for rent controls would seek to tie the quality of housing to the price of rents.

This move would help to bring down rents and make homes more affordable, he explained.

“Including rent controls, a points-based rent controls system which basically ties the quality of housing to the cost and helps to bring down rents.

“And that basically means that landlords prioritise the quality of their housing and students and all tenants aren’t facing pretty horrific living conditions a lot of the time that don’t get fixed and rents can actually be made affordable for everyone, including students.”

High rent prices and a shortage of available accommodation has created a struggle for students looking to find a place to stay ahead of the new university term.

With the return to physical learning last year following the easing of Covid-19 restrictive measures, there was a spike in demand for accommodation ahead of classes starting.

Brown warned that a rent freeze is needed to prevent the situation from getting worse each year.

“Students are having a really tough time trying to find accommodation at the moment, we’re seeing it among our members in Living Rent,” he said.

“It’s becoming really difficult for people to find any affordable housing and this is something that’s affecting all tenants.

“Students are specifically facing it right now but rents have increased across Scotland by 10% in the past year, so it’s something that is really impacting everyone among all the other rises in living costs that people are facing.

“So, that’s ultimately why we need a rent freeze now before rent controls can be introduced because students are increasingly struggling to find anywhere to live, anywhere near the university.

“And so they need a rent freeze to prevent that situation from getting worse as it is each year.”