Rate of increase in Covid cases ‘may now be slowing down’

The First Minister also said a decision on vaccinating 12 to 15-year-olds is expected 'within days'. 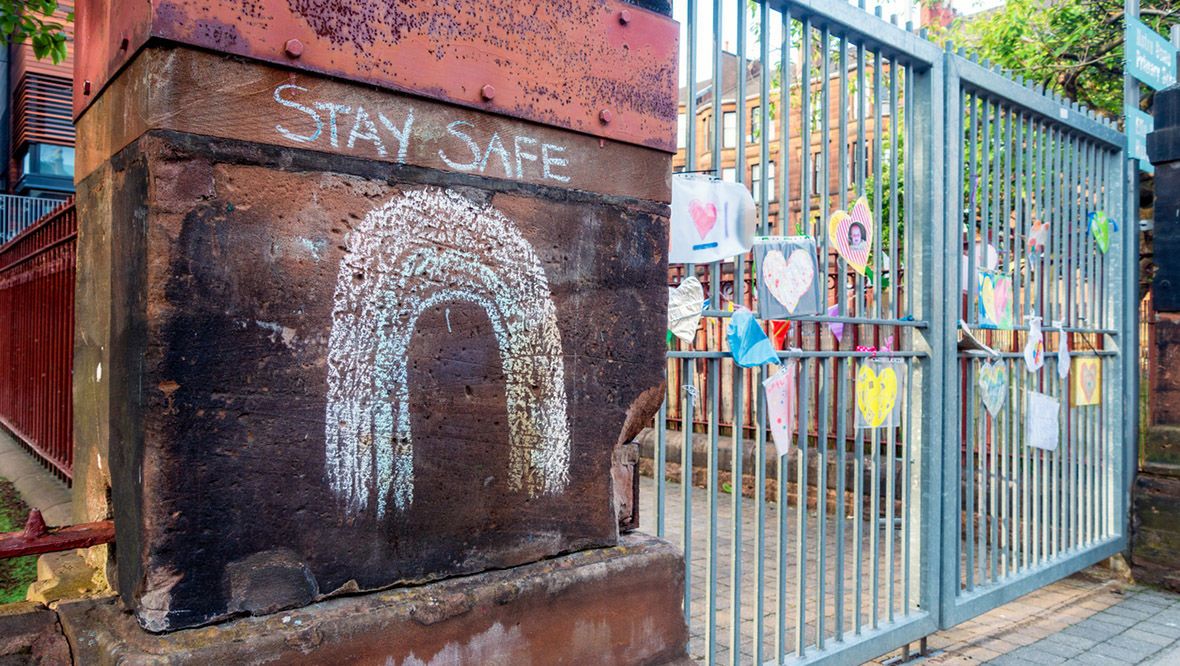 New data shows the rate of increase of Covid-19 cases in Scotland appears to be slowing down, Nicola Sturgeon told MSPs on Wednesday.

However, figures for the most recent week, to September 5, show a daily average of 6304 – an increase of 9%.

Sturgeon said: “The data I have just reported, showing what seems to be a slowing in the rate of increase in new cases, gives us more cause for cautious optimism than we have had for a few weeks.

“But – and I’m afraid this is the hard part – cases are still rising, week-on-week, and they are currently at their highest levels since the start of the pandemic.”

She said this partly reflects that significantly more tests are now being carried out.

The First Minister added: “The levels of infection across the country – albeit that we may be seeing some potential and very welcome signs of stabilisation – remain far too high.

“That is why we must continue to monitor the situation very closely and be prepared – as any responsible government must be – to take any targeted and proportionate action that we consider necessary to keep the country as safe as possible.”

She said the number of people in hospital with coronavirus has risen by almost 50% between the seven days to Friday and the previous week.

Scotland has recorded 17 coronavirus-linked deaths and 5810 new cases in the past 24 hours, the latest figures show.

The data published by the Scottish Government indicates the death toll under the daily measure – of people who first tested positive for the virus within the previous 28 days – is now 8198.

There were 883 people in hospital with recently confirmed Covid-19, up 78 on the previous day, with 82 in intensive care, up five.

Sturgeon also said on Wednesday that a decision on vaccinating 12 to 15-year-olds is expected “within days”.

The Joint Committee on Vaccinations and Immunisations (JCVI) advised against the extension of the vaccination programme last week, but the four nations of the UK asked their chief medical officers to undertake a further assessment to see if jags should be given.

Sturgeon said: “The four UK governments have asked our chief medical officers to undertake a rapid assessment of the latest evidence and provide advice on wider benefits.

“We expect this advice soon – I hope within days – and the Scottish Government stands ready to act in accordance with any recommendations we receive.”

The Scottish Government says it is also moving to provide booster vaccinations to the most vulnerable in the country.

The JCVI advised that those who are immunosuppressed should be offered a third jag, while it continues to consider if other groups may need the same.

The First Minister told MSPs: “We are now moving to implement this advice over the next few weeks and we will provide further advice to those affected by it shortly.

“We still await – and hope to receive soon – the JCVI’s final advice on a more general booster programme and stand ready to implement that too.”

Meanwhile, ahead of a debate on Thursday on the implementation of vaccine passports, the First Minister said a paper would be published on the issue and stressed that proposals don’t go as far as other countries.

“Fundamentally, we believe that certification can help us reduce the overall harms caused by the pandemic,” she said.

“It will to help to reduce transmission in some higher risk settings, and it will maximise protection against serious illness.

“And we believe – as has been seen already in some other countries – it will help encourage take-up of the vaccine.

“It also represents a targeted way in which we can – we hope – enable certain events and venues to continue to operate, even at times when rates of Covid may be high and even rising.”