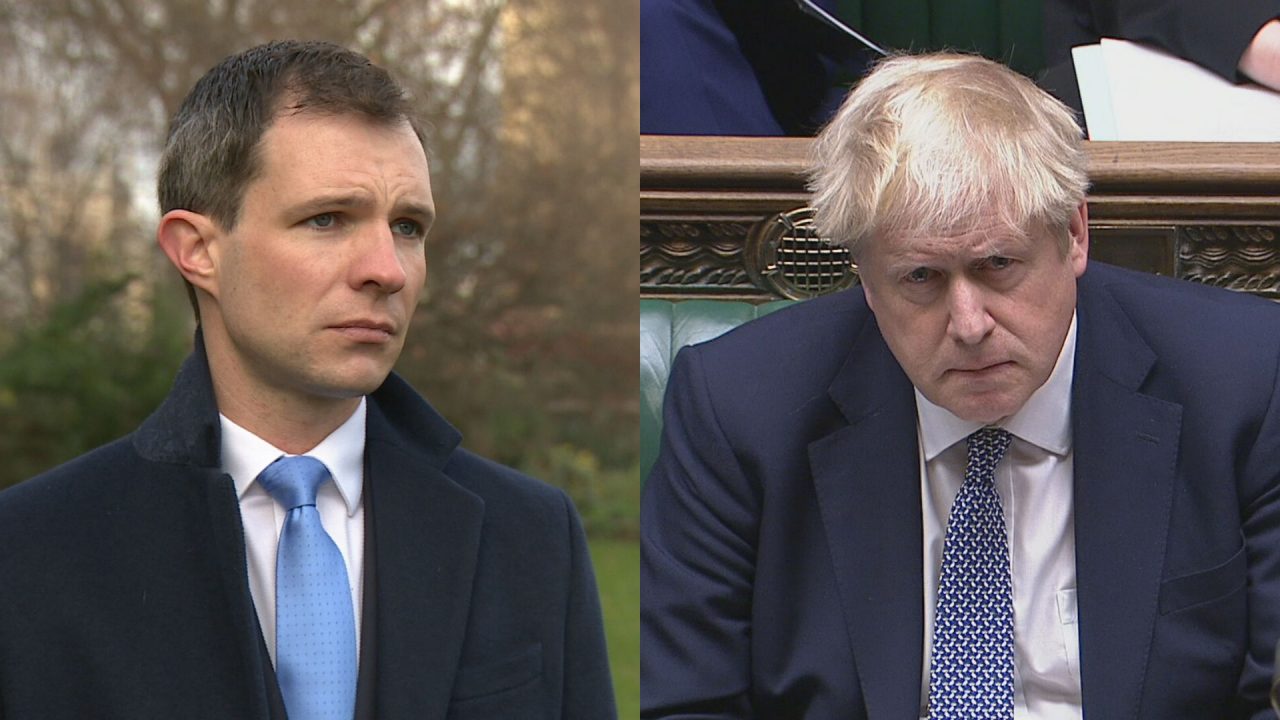 By Lewis McKenzie and Kathryn Samson

Boris Johnson’s apology to Parliament over a Downing Street party was not “good enough”, a Scottish Tory MP has said.

It comes as the Prime Minister is accused of knowing about the gathering, held in May 2020.

Dominic Cummings, his former adviser, insisted that he warned Johnson about the party.

And he pledged he would be prepared to swear under oath about the events, as he accused the Tory leader of having lied to Parliament.

Speaking on Tuesday following the latest claims made by Cummings, Johnson apologised once again for the gathering, but insisted he was not told that it was against the rules.

“Nobody told me that what we were doing was against the rules, that the event in question was something that … was not a work event,” he said.

“And as I said in the House of Commons when I went out into that garden I thought that I was attending a work event.”

He added: “I do humbly apologise to people for misjudgements that were made but that is the very, very best of my recollection about this event. That’s what I’ve said to the inquiry.

“I carry full responsibility for what took place but nobody told me. I’m absolutely categorical, nobody said to me this is an event that is against the rules.”

However, he indicated he would like to see the full details of the report due to be published by Sue Gray.

“I would like to see what Sue Gray reports, then I will make up my mind as to where we go,” he said.

“I need to see the facts, it’s very important that we see all the facts laid out.”

Bowie continued: “The Prime Minister has said what he has said, I fully accept his version of events as they stand right now.

“But as I said, I would like to see the full details as Sue Gray will publish in her report.

“And I don’t think the apology that the Prime Minister offered the House was good enough.”

During her Covid update at the Scottish Parliament on Tuesday, First Minister Nicola Sturgeon was asked of the risk presented by politicians undermining the rules set out.

She told MSPs: “I think I’ve made my views clear, as many other people have, about the reports of repeated and serial breaches of the Covid rules on the part of the Prime Minister, or those working for and around the Prime Minister.

“I absolutely understand the intense anger that people feel about this given the very painful sacrifices that so many people have made over the past couple of years.

“Of course, all of that has the potential to undermine compliance with the things that we are still asking people to do.

“But what I would say to people is this – the reason for complying with any guidance or protective measures in place at any time during this pandemic is not because a Prime Minister, or a First Minister, or any politician, tells you to.

“The reason all of us should do this is to keep ourselves and those we love and the whole country as safe as possible.

“So, I would appeal to everybody while we’re still in this pandemic not to allow understandable and justified anger at politicians get in the way of doing the right thing for yourself and your loved ones.”