Johnson insists it is 'not the time' for an independence referendum

The Prime Minister spoke at the Scottish Conservative conference. 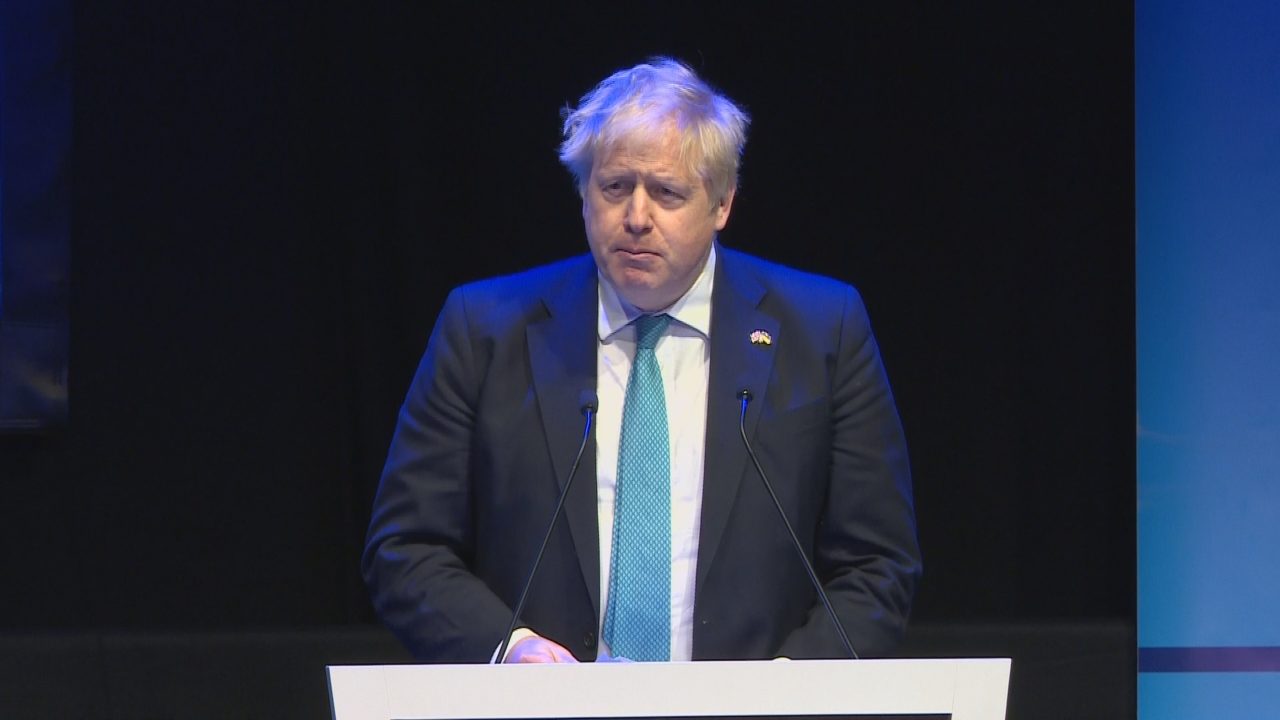 Boris Johnson has insisted it is not the time for another referendum on Scottish independence.

Speaking at the Scottish Conservative party conference in Aberdeen on Friday, the Prime Minister said there should not be “yet more delectable disputations” about the constitution.

Johnson praised Scottish Tory leader Douglas Ross as he criticised the SNP over its plans for a future independence referendum.

“Douglas Ross has been able to defy the sceptics, stop Nicola Sturgeon from getting an overall majority, as people said that she would,” said Johnson.

“He is the only political leader in Scotland saying loud and clear what should be blindingly obvious to everyone, that this is not the moment to be having another referendum.

“This is not the time for yet more delectable disputations about the constitution when our European continent is being ravaged by the most vicious war since 1945 and when public services and the economy need to recover from the pandemic.

Johnson suggested that Labour and the SNP would seek to work together in the event of a general election.

The Prime Minister also attacked Nicola Sturgeon’s party over their opposition to Trident.

He continued: “How incredible that even now it should be the policy of the SNP, quite seriously, to respond to Putin’s sabre-rattling by getting rid of this country’s nuclear deterrent, along, by the way, with 11,000 jobs in Scotland.

“And be in no doubt that at any UK general election, it would be those terrible twins, Labour and the Nats, the Scottish nationalist party, each vying to be more left-wing, more high-taxing, more generally hectoring and bossy and nannying, that would try to form a coalition.

“And by the way, be in no doubt, that Labour would rather work with the nationalists to bring down this government than work with us to stop the SNP from breaking up Britain, that is the reality.”

Ahead of Johnson’s speech, delegates heard from Scots-Ukrainian Zhenya Dove and held a minute’s silence for the people of Ukraine.

The Prime Minister insisted that Vladimir Putin “will fail”, as he pledged to step up actions against Russia.

“We must and will do more,” Johnson told the conference.

“We will do more, with more defensive weapons, to help the Ukrainians against these pitiless bombardments, more to tighten the vice around Putin’s economy.

“And with every day that the slaughter continues I believe the resolve of the world is growing and that Putin will fail.

“He will fail because he fatally underestimated the resolve of the Ukrainians to fight.

In setting out his Government’s “levelling up” agenda, Johnson also indicated his expectation that HS2, the high speed rail network, will come to Scotland.

He said: “Now is the time to go beyond the parochialism and constitutional myopia of the SNP and drive forward projects that will bring jobs and growth to the whole UK,” he said.

“Yes, one day logically, HS2 must come to Scotland as well.”