PM insists he has confidence in Raab over Afghanistan

The foreign secretary was criticised over his decision to delegate a call to a junior minister about repatriating Afghan interpreters. 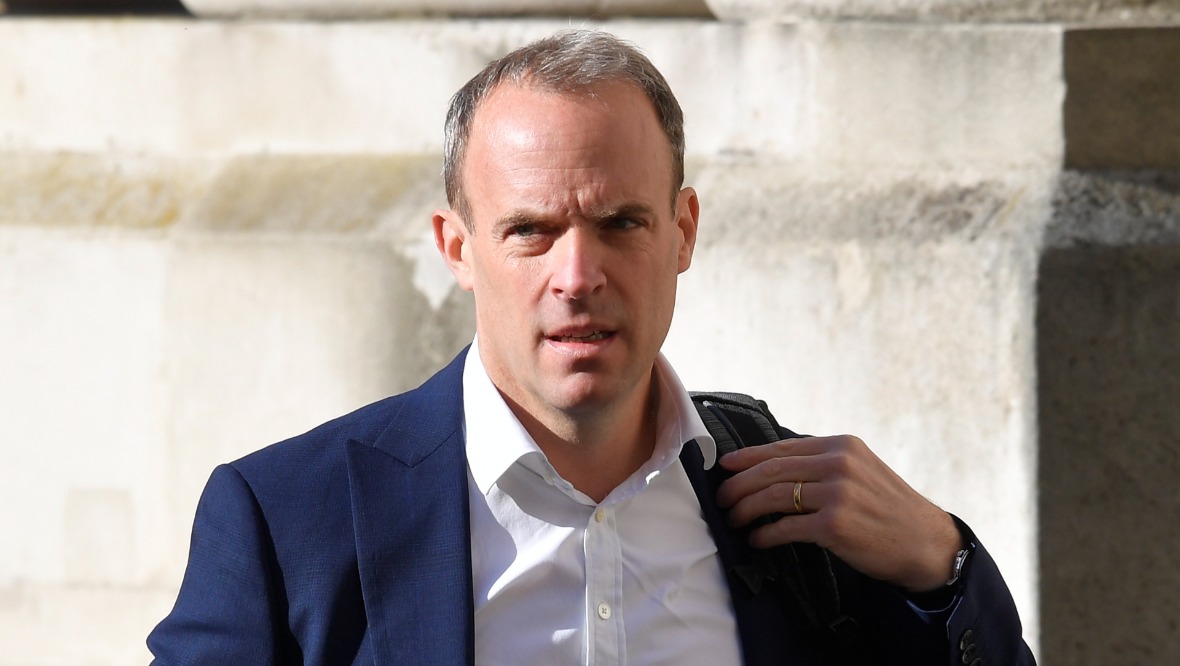 Boris Johnson has insisted he has full confidence in Dominic Raab after the foreign secretary was criticised for his handling of the Afghanistan crisis.

The Prime Minister was challenged over Raab’s decision to delegate a call to a junior minister about repatriating Afghan interpreters.

Asked whether he had full confidence in Raab, Johnson told reporters in Downing Street: “Absolutely.

“And I can tell you that the whole of the Government has been working virtually around the clock to do what we can to sort it out, to deal with a situation that has been long in gestation and to make sure we get as many people back as possible.”

The question came after it was reported that Foreign Office officials advised the Foreign Secretary on August 13 to call Afghan foreign minister Hanif Atmar – two days before the Taliban marched on Kabul – to arrange help for those who had supported British troops.

But Raab delegated this to department minister Lord Goldsmith, and it later emerged the call was never made.

Johnson said he did not think the decision of his Cabinet minister had delayed the rescue of Afghan interpreters from the Taliban.

The Prime Minister, asked whether people have been left in Afghanistan as a result of Raab not making the phone call, said: “No, I don’t think that’s the case.”

In a statement released on Friday, Raab said the reason he did not hold the conversation with his Afghan counterpart was because the Government “was quickly overtaken by events”.

He added: “The call was delegated to a minister of state because I was prioritising security and capacity at the airport on the direct advice of the director and the director-general overseeing the crisis response.

“In any event, the Afghan foreign minister agreed to take the call, but was unable to because of the rapidly deteriorating situation.”