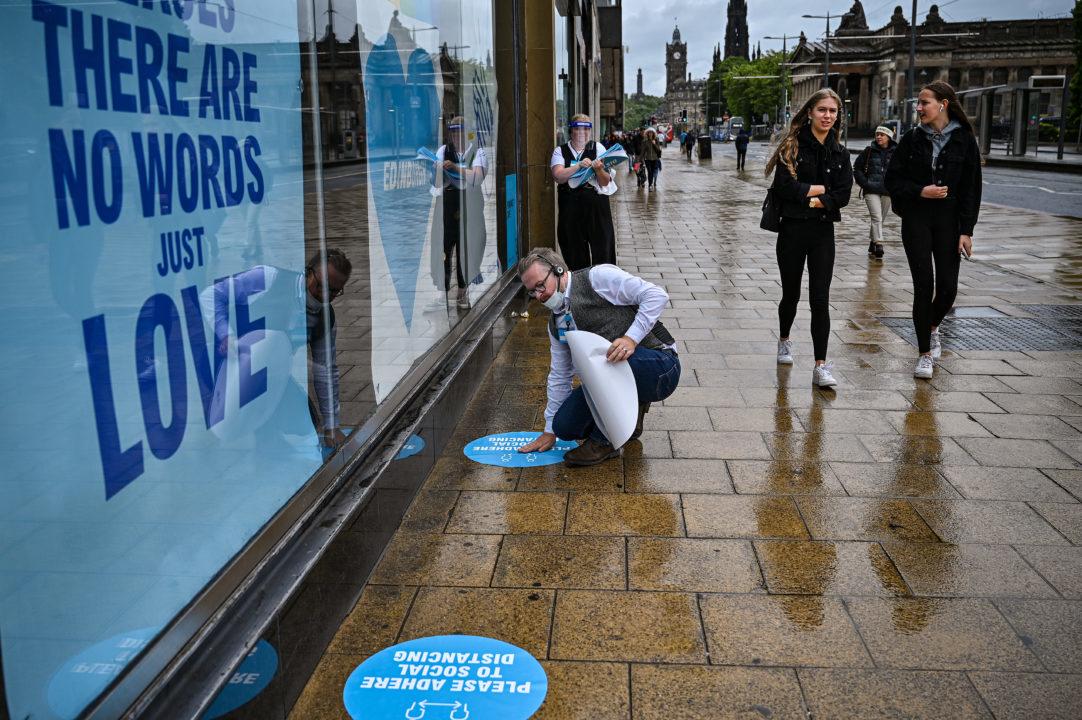 Phase three in Scotland’s shift out of lockdown is likely to last “considerably longer” than three weeks, with few changes expected next week.

First Minister Nicola Sturgeon gave the update as she confirmed non-essential offices and call centres will remain closed for the time being.

The Scottish Government’s default position remains that anyone who can work from home should continue to do so, she said.

It comes as ten new cases of coronavirus were recorded in Scotland overnight and no new deaths.

The latest weekly figures from National Records of Scotland (NRS) show six confirmed or presumed Covid deaths in the week ending July 19 – the first time the figure has been in single digits since the crisis began.

It brings the total death toll in Scotland related to the virus to 4193.

Speaking at the Scottish Government’s daily coronavirus briefing on Wednesday, Sturgeon said the statistics showed Covid-19 has been brought down to “very low levels” in the country.

But she highlighted the danger of localised outbreaks after a cluster of cases was identified in North Lanarkshire, originating from a test and trace call centre in Bellshill.

Fifteen employees at the site – operated by firm Sitel on behalf of NHS England – tested positive for Covid-19, with five further cases among their close contacts.

Of the ten new cases in Scotland reported on Wednesday, three were in the NHS Lanarkshire region, with one linked to the Sitel outbreak.

The Lanarkshire health board area has seen 23 fresh cases in the last seven days.

The First Minister said the cluster is “a very clear reminder to all of us that Covid hasn’t gone away”.

She announced on July 9 that Scotland would move into phase three of its route map out of lockdown, allowing swathes of the economy – including most of the retail, hospitality and tourism sectors – to reopen.

Face coverings were made mandatory in shops while social distancing was reduced to one metre in restaurants and pubs with mitigations in place.

Today sees the reopening of universities and colleges for a “phased return” to some on-campus learning, while live drive-in entertainment events can also be held.

Sturgeon said the Scottish Government wanted to assess the impact of all phase three changes before moving into the fourth, despite next Thursday’s review of lockdown measures which happens every three weeks.

The only measures she expects to announce is committing to a full-time return of schools and pausing the policy of “shielding” for vulnerable groups.

But she warned: “At a time when the virus is picking up again in a number of European countries and indeed countries elsewhere in the world, we need to be confident that it is safe to change restrictions further.”

The First Minister continued: “Now is the right time to inject a note of caution about what we might expect for the next few weeks.

“Phase two of our emergence from lockdown, you will recall, took exactly three weeks.

“But as I indicated two weeks ago, this current phase, phase three, is likely to last considerably longer than that.

“The changes we’ve made over the past two weeks have been really significant… so we have to carefully monitor the impact of all of that and the number of new cases we’re seeing each day.”