A new Conservative leader will be announced by Friday, October 28. 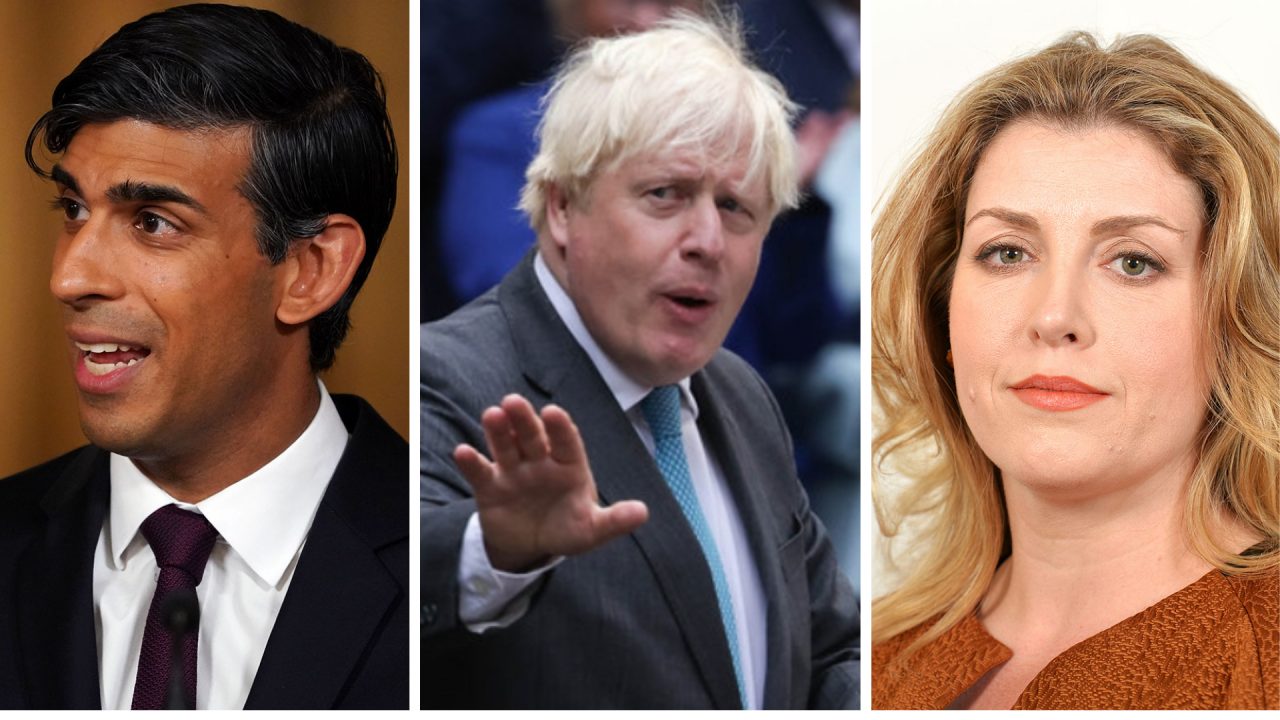 Penny Mordaunt is the first Conservative MP to formally declare she is running to be the party’s leader and the next prime minister.

The United Kingdom will have its third PM this year when Liz Truss’ successor is named next week.

The leader of the House of Commons is expected to face former chancellor Rishi Sunak and former PM Boris Johnson in the running for the top job.

Mordaunt said: “I’ve been encouraged by support from colleagues who want a fresh start, a united party and leadership in the national interest.

“I’m running to be the leader of the Conservative Party and your Prime Minister – to unite our country, deliver our pledges and win the next GE (general election).”

On an extraordinary day in Westminster, Truss confirmed in a statement outside No 10 on Thursday that she would be standing down after just 45 days as Conservative Party leader.

It marks the end of a turbulent premiership in which Truss U-turned on almost all of the measures outlined in her government’s mini-budget, as well as losing her chancellor and home secretary.

Speaking in Downing Street, Truss stated that a leadership election will be completed “within the next week” to find her successor.

“I was elected by the Conservative Party with a mandate to change this,” Truss said in her statement.

“We delivered on energy bills and on cutting national insurance and we set out a vision for a low tax, high growth economy that would take advantage of the freedoms of Brexit.

“I recognise though, given the situation, I cannot deliver the mandate on which I was elected by the Conservative Party.

“I have therefore spoken to His Majesty the King to notify him that I am resigning as leader of the Conservative Party.”

Sir Graham Brady, the chairman of the backbench 1922 Committee, has said it will be possible to conduct and conclude a ballot to determine the next Conservative leader by October 28.

It means that the country will have a new prime minister in place ahead of the critical financial statement, set to be delivered by chancellor Jeremy Hunt on October 31.

The contest would be significantly shorter than the one that took place over the summer, which was held over an eight-week period.

A total of 12 official hustings events were held, with Truss and Rishi Sunak making it to the final two candidates in the contest.

There has been concerns over the prospect of a new leader being appointed in coronation-style, without party members having a say.

Opposition politicians have called for a general election to take place, with Labour currently well ahead of the Conservatives in the polls.

Who could become the next prime minister?

The former chancellor made it to the last two of the Conservative leadership contest in the summer.

He clashed with Truss over his plans to raise corporation tax to 25%, with Truss promising to keep the tax at 19%.

The 42-year-old is unlikely to be viewed as a unity candidate however, having been one of the first members of the Cabinet to resign which brought about the end of Boris Johnson’s premiership.

Sunak, who represents the constituency of Richmond in North Yorkshire, has remained quiet since the leadership contest ended in September.

However, he may still fancy his chances at entering No 10.

Having served as prime minister between July 2019 and September 2022, Johnson was leader of the country during the coronavirus pandemic.

He won a huge parliamentary majority in the general election three years ago, with the Conservatives winning seats in the traditionally Labour-held ‘red wall’ across the Midlands and parts of Northern England.

Following revelations that Johnson had broken his own Covid rules in No 10, along with Downing Street staff, during the pandemic, public anger grew and his position ultimately became untenable.

A wave of resignations from his Cabinet eventually forced Johnson out of office, but he remains popular among many party members.

There have already been calls from several of his colleagues, including close-ally Nadine Dorries, for him to return as Conservative Party leader.

Currently the Leader of the House of Commons, Mordaunt ran for the Conservative leadership during the summer.

She was eliminated after failing to reach the final two, falling short to Truss and Sunak in the voting.

Following her exit, she came out in support for Truss, warning that the Conservatives “may lose an election” if they made the wrong decision in the contest.

Mordaunt had set out her campaign on her pro-Brexit credentials, as a prominent backer of the UK leaving the EU in 2016.

That could prove to be an advantage for her with the Conservative membership, although Jeremy Hunt and Grant Shapps – both only appointed to the Cabinet in the last week – were in favour of remaining in 2016.