The leaders of Scotland’s political parties were out on force as voters hit polling stations across the country. 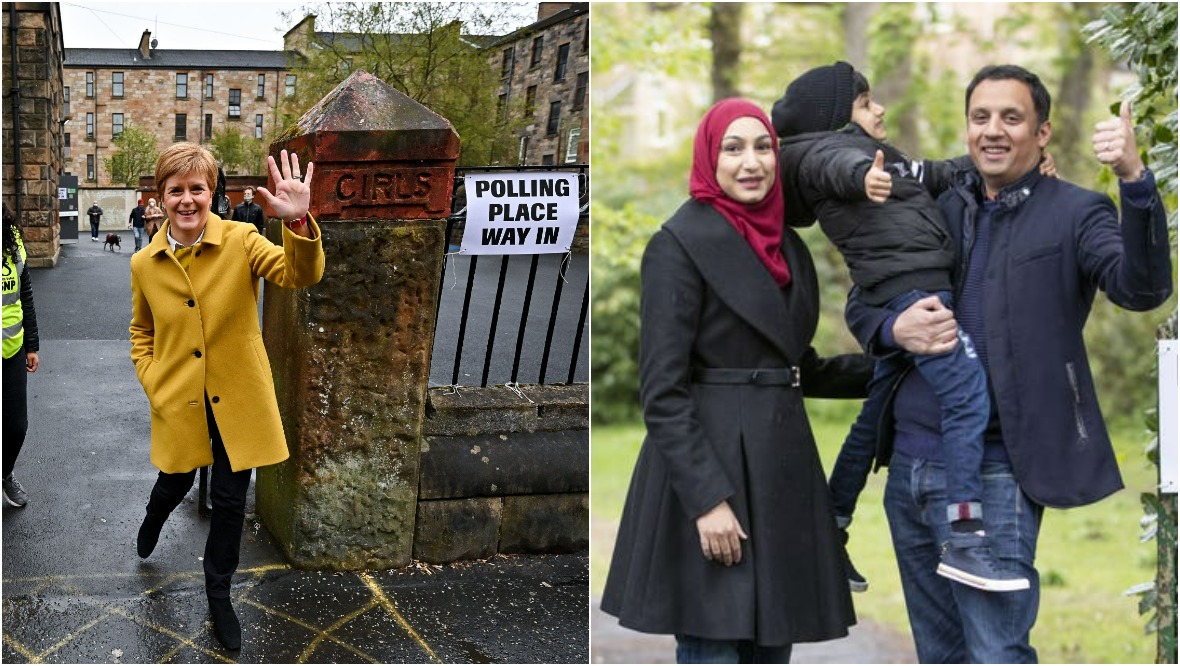 The leaders of Scotland’s political parties have voted in the Scottish Parliament election.

Sarwar is standing against First Minister Nicola Sturgeon in the Glasgow Southside constituency, which includes Pollokshields.

Flanked by his wife and four-year-old son, Sarwar was in a buoyant mood, chatting with voters and answering questions from journalists.

Sturgeon had already voted by post but she joined SNP candidate Roza Salih at Annette Street Primary School polling station in Govanhill, Glasgow, and met a Syrian family as they cast their ballots.

This year’s poll is the first in which people with refugee status are entitled to vote, and the SNP leader said it is “great we’ve got everybody who lives here able to vote”, adding it is an “exciting” and “special thing to do”.

She also posed for a photo with a dog called Elsa outside the school and recorded a video message for the interpreter for the Syrians, whose mother is unwell with Covid-19.

Arriving on his bike, Harvie posed for press photographers before entering the polling station, wearing a face mask bearing the LGBT rainbow flag.

After casting his vote, and at the behest of the photographers, Harvie rode a bike pulling a small billboard adorned with his face.

His fellow Greens co-leader Lorna Slater voted at a primary school in Edinburgh.

Scottish Conservative leader Douglas Ross was joined by his wife Krystle and son Alistair as he arrived at Alves Hall in Moray to cast his vote.

Questioned about his feelings on returning to his local polling station with the Alba Party on the ballot paper, Salmond said it was a “different experience, but a familiar one”, adding: “Polling day is always an exciting day.”