Nicola Sturgeon was pressed on the issue during First Minister's Questions at Holyrood on Wednesday. 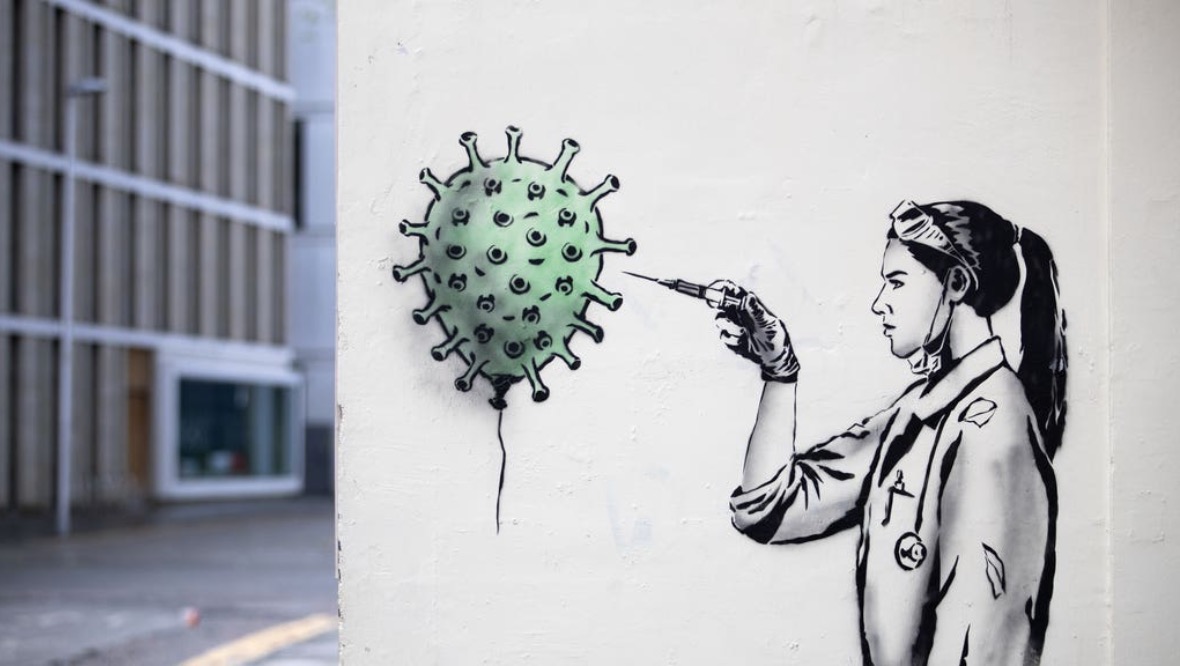 Scotland’s coronavirus vaccination programme is “picking up pace”, Nicola Sturgeon insisted as she told MSPs the target timetable for delivering injections to the over-80s has been “refined”.

She was pressed on the issue by Scottish Tory Holyrood leader Ruth Davidson, who claimed hundreds of thousands of doses of the vaccine have “gone unused for weeks”.

The Conservative challenged the First Minister to explain why rollout of the vaccine is “lagging behind in Scotland”.

The exchanges, during First Minister’s Questions on Wednesday, came after John Swinney said the Scottish Government has not yet received all supplies of the vaccine allocated to Scotland.

A total of 309,909 Scots have so far received their first dose of the vaccine, according to the latest figures.

Davidson said on Tuesday that while Scotland had already received 717,000 doses, “more than 400,000 have yet to reach patients”.

But Swinney, the deputy first minister, insisted: “We do not have that volume of vaccine in our hands, we cannot distribute that because it has not arrived with us yet.”

Meanwhile, Sturgeon stressed there is a difference between the supplies that have been allocated to Scotland and “what we have in hand”.

She said: “The majority of doses that are in Scotland are actually already in people’s arms.

“The rest of them will be supplying GPs and other vaccination centres over the next few days to make sure that they get into people’s arms. That is how a supply chain of anything works.”

Sturgeon insisted the vaccination programme “is not lagging behind in Scotland”.

She said the Scottish Government had “very deliberately” focused first on elderly residents in care homes, in a bid to reduce deaths – with more than 90% of this group now having received their first dose of the vaccine.

The First Minister added: “The reason why the overall numbers therefore are lower at this stage, because of that focus on care homes, is because it takes longer and is more labour intensive to vaccinate in care homes than it is in the community.”

But she said vaccinations amongst those aged over 80 are “picking up”, and the target of giving all those in this age group their first dose should be met by the first week in February.

Davidson said health secretary Jeane Freeman had previously committed to giving everyone in this group their first injection by the end of January, and asked Sturgeon: “Why are we already falling behind?”

Sturgeon initially said there had not been any change in the target, though she said later that it had been refined.

The SNP leader told MSPs: “On this point about end of January versus the beginning of February, we refine these target dates as we go along, based on our developing understanding of supply.”

Davison commented: “There we have it, it’s not a slip, it is a refinement.”

But she insisted it is “important that the First Minister acknowledges problems” in the vaccination programme and “starts to fix them”.

The Tory claimed: “There are hundreds of thousands of vaccine doses that have gone unused for weeks while GPs are desperate to get their hands on it.

“Problems here have been building for some time and the Scottish Government continues to stand by and furiously repeat that everything is fine but GPs and the BMA (British Medical Association) are sounding the red flag and raising the alarm, not to be awkward but because they and us and everyone wants this vaccination programme to work and time is of the essence.”

Sturgeon later told interim Scottish Labour leader Jackie Baillie about 1% of doses of the vaccine have been wasted so far – while plans allow for a wastage rate of 5%.

Baillie said a wastage rate at the weekend of 1.8% meant that in real terms, “something like 5000 doses” had been lost “when people desperately need this vaccine”.