Not known yet if virus spread has slowed since lockdown eased

The FM said the latest R number - the reproduction rate of coronavirus - would be published on Thursday. 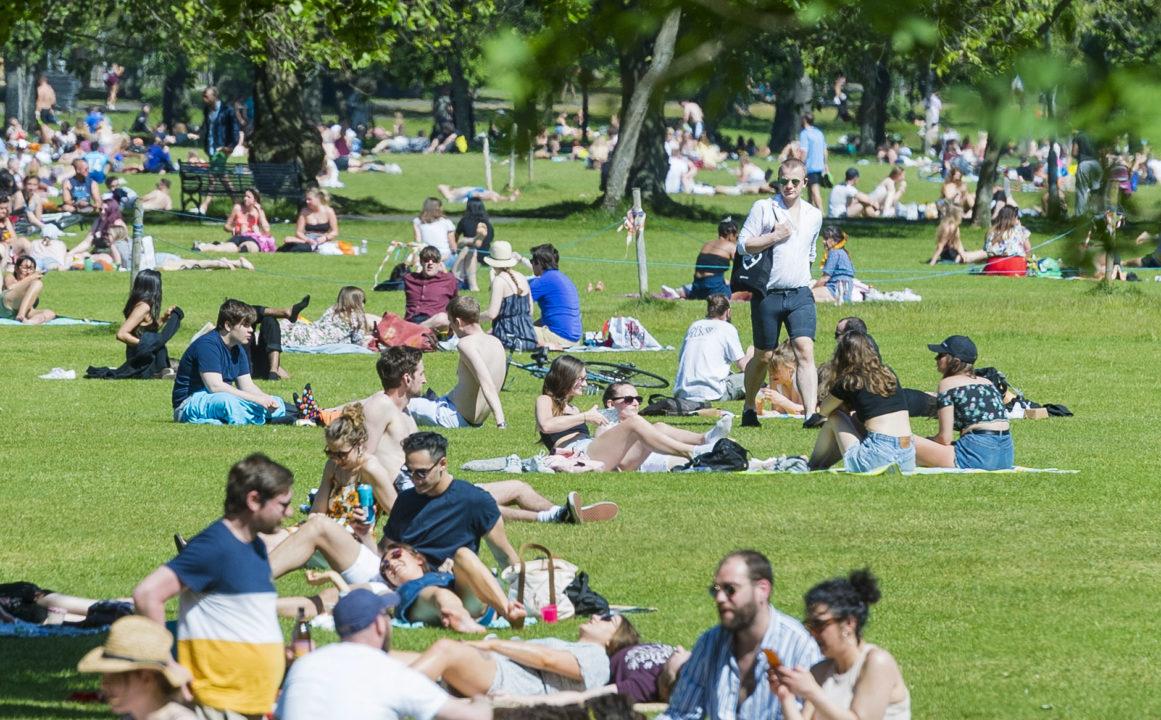 Nicola Sturgeon has said officials do not yet know the impact of easing some lockdown measures on Covid-19’s ‘R number’ in Scotland.

The First Minister said the latest R number – the reproduction rate of coronavirus – would be published on Thursday.

The country entered phase one of its plan to exit lockdown at the end of May, which saw outdoor meetings between households allowed, non-contact outdoor sports permitted and drive-through food and drink outlets able to resume.

A bank holiday weekend followed during which Police Scotland carried out more than 2000 dispersals of people not abiding by the modified lockdown measures, with some travelling to non-local beauty spots or meeting up in groups larger than eight.

At the time, the First Minister said it was clear that “not everybody stuck to the rules” while enjoying the sunny weather.

Responding to a question from STV News at the Scottish Government’s Tuesday briefing, Sturgeon said there would “hopefully… not be a negative impact” on the R number as a result of the phase one changes.

It is currently believed to be between 0.7 and 0.9, meaning every Covid-infectious person is on average infecting fewer than one other person in turn.

But case numbers could rise quickly again if the R number rises above one, with the FM saying the “very sustained” progress in Scotland remains “fragile”.

Nonetheless, she said on Monday she was “optimistic” Scotland could begin to move to phase two of its route map out of lockdown from next week.

It comes as seven new deaths of Scots with the virus were announced, following a 48-hour period of no deaths reported.

Just 14 confirmed cases of Covid-19 have been reported in the last 24 hours, the lowest figure since March 11.

The First Minister said there is no part of Scotland that is causing her greater concern than any other part in terms of infections.

She also said officials were looking at other scientific indicators like the so-called “K number”, which seeks to identify “superspreading events” – where one person infects many others and causes a cluster of cases.

Sturgon continued: “The overall picture with Covid-19 continues to cause me concern although as I’ve talked about in the last few days we are certainly seeing all the indicators going in the right direction.

“That progress, while very real and now looking very sustained, is still fragile.

“Viruses can very quickly flare up again and run out of control and that’s why we need to stick with the measures that are helping us to suppress it.”

Sturgeon said her government’s “current understanding” of the R number relates to data published last Thursday and “pre-dates the phase one changes we made”.

She added: “We haven’t yet had long enough to see what the changes I announced just over a week ago, to allow more outdoor activity, will be.

“Hopefully there will not be a negative impact of those but we need to take the time to monitor them and that’s something we do very closely and on an ongoing basis.”