Prime Minister's key aide says he travelled to Durham because he was worried about his wife and child's safety in London. 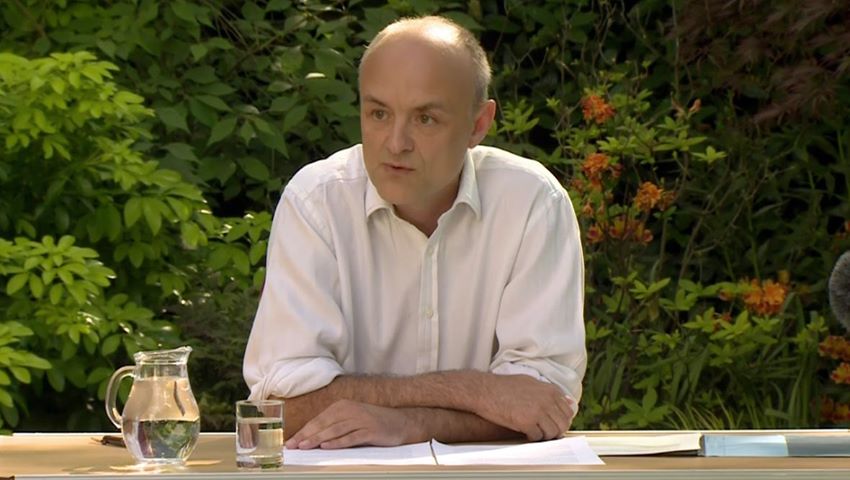 Dominic Cummings has defended his decision to travel 260 miles with his family during the coronavirus lockdown.

Cummings, a key aide of Prime Minister Boris Johnson, said his decision to drive to his parents’ home in County Durham was based on concerns about his family’s safety, as well as fears over a lack of childcare if he became incapacitated with the virus.

At a news conference in Downing Street’s rose garden, Mr Cummings said he did not speak to the Prime Minister before making the journey to Durham, after he was told at around midnight on March 26 that Johnson had tested positive for Covid-19.

“I believe in all the circumstances I behaved reasonably and legally,” he said, while denying he had broken the “spirit” of the rules.

“I have not offered to resign. I have not considered it. I think it’s reasonable to say that other people would have behaved differently, in different ways, in this whole situation.”

“I have not offered to resign. I have not considered it. I think it’s reasonable to say that other people would have behaved differently, in different ways, in this whole situation.

“But as I stress I was trying to balance lots of competing things.”

Mr Cummings also refuted suggestions that he opposed implementing lockdown measures at the outset of the crisis.

“The truth is that I had argued for lockdown, I did not oppose it but these stories had created a very bad atmosphere around my home, I was subjected to threats of violence, people came to my house shouting threats, there were posts on social media encouraging attacks,” he said.

Mr Cummings said he was worried that “this situation would get worse”, adding: “I was worried about the possibility of leaving my wife and child at home all day and often into the night while I worked in Number 10.

“I thought the best thing to do in all the circumstances was to drive to an isolated cottage on my father’s farm.”

The defence of his actions comes amid furious calls for him to resign or be sacked by Mr Johnson for travelling to County Durham in March to self-isolate with his family after his wife developed coronavirus symptoms.

Mr Cummings denied further reports which suggested he took a second trip to the North East on April 14.

He conceded that “reasonable people may well disagree about how I thought about what to do in the circumstances”, but said: “I don’t regret what I did.”

“I think what I did was actually reasonable in these circumstances. The rules made clear that if you are dealing with small children that can be exceptional circumstances.”

He added: “I think what I did was actually reasonable in these circumstances. The rules made clear that if you are dealing with small children that can be exceptional circumstances.

“And I think that the situation that I was in was exceptional circumstances and the way that I dealt with it was the least risk to everybody concerned if my wife and I had both been unable to look after our four-year-old.”

The Prime Minister said on Sunday he believed his adviser had acted “responsibly and legally and with integrity” amid a storm of controversy over the alleged lockdown breaches.

Mr Cummings told journalists on Monday he doesn’t “think there’s one rule for me and one rule for other people”.

“As I said, I knew what the guidance was. It talks about exceptional circumstances with small children, and I think that in all the circumstances I behaved reasonably and legally as I said.”

Asked how he could countenance staying on and not resigning, he said: “I think there is understandable anger but a lot of that anger is based on reports in the media that have not been true and it’s extremely regrettable.”