The Scottish and UK governments are at constitutional loggerheads over the legislation. 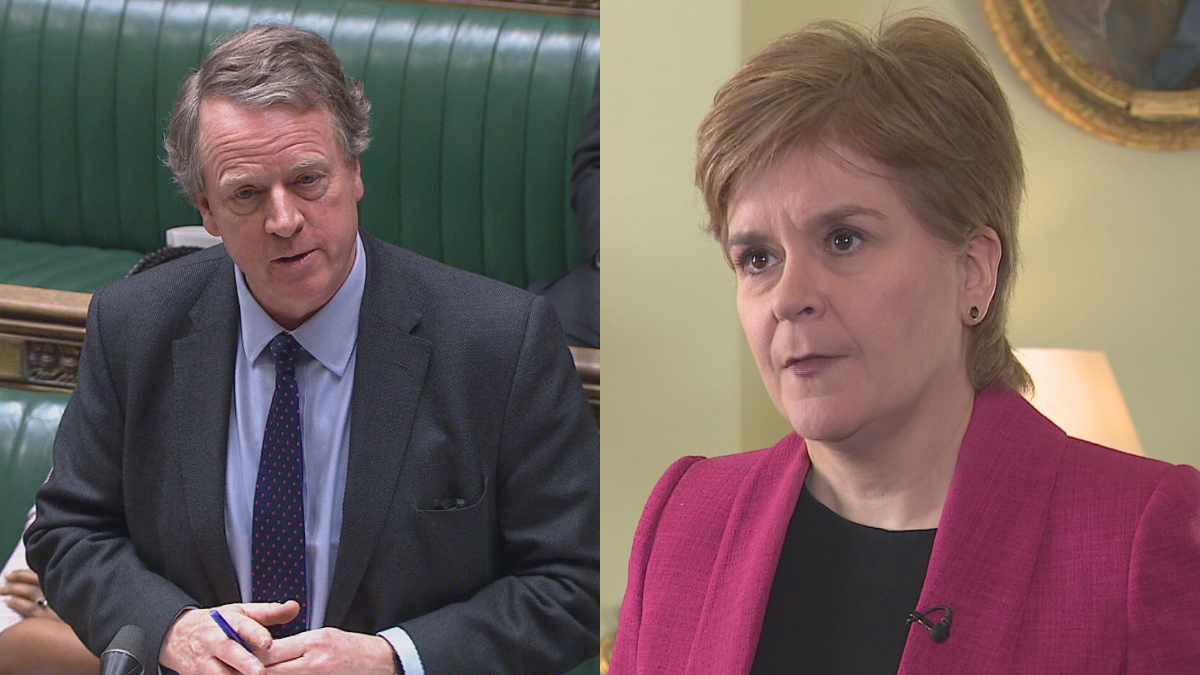 Nicola Sturgeon said she has “never been more concerned” about the sovereignty of the Scottish Parliament after the UK Government announced its intention to deploy a section 35 order to block gender reform legislation.

The First Minister claimed Westminster’s decision to utilise the powers for the first time threatened to “drive a coach and horses” through devolution, stoking fears over the future of Holyrood amid the move to stop the Gender Recognition Reform (Scotland) Bill from becoming law.

Scottish secretary Alister Jack issued notice of the order – which effectively allows Westminster to “veto” any Holyrood Bill which may have an “adverse effect” on UK laws or how they are applied – on Monday.

He said the impact of the legislation on the rest of the UK meant the Bill could not be given assent, citing effects on the “operation of single-sex clubs, associations and schools and protections such as equal pay,” though added concerns remained over “fraudulent or bad faith applications”.

Sturgeon said it was “inevitable” the issue would end up in court, but added she was increasingly concerned over the “hostility” shown towards Holyrood by her Westminster equivalents.

She also lambasted Labour for “failing to stand up and be counted” on the issue after leader Sir Keir Starmer and shadow Scottish secretary Ian Murray both failed to give their backing to the legislation.

“This is not a spat between the UK Government and the Scottish Government, this is an attack on the Scottish Parliament and we have a Labour party at Westminster that seems to lack any backbone to stand up for it, or indeed to stand up to the Tories at all,” she told STV News.

“So it falls to those of us who believe in the power of our Parliament to take decision on behalf of the people of Scotland to stand up and be counted.

“The Scottish Parliament’s decisions within its areas of competence are not for some kind of negotiation or request for permission from the UK Government.”

A requirement for a medial report, including a diagnosis of gender diagnosis, would have been dropped.

In the Scottish Parliament, 86 MSPs from across the chamber voted in favour of the Bill’s passage, with 39 opposed.

The FM said it was likely that the Scottish Government would seek legal action over the decision.

“In doing so we will be vigorously defending something else, and that is the institution of the Scottish Parliament and the ability of MSPs, democratically elected, to legislate in areas of our competence,” she said.

Sturgeon added that she feared section 35 orders would now become “commonplace,” though Jack insisted overriding of Scottish Parliamentary decisions was a “last resort”.

He told the Commons: “I have not taken this decision lightly. The Government has looked closely at the potential impact of the Bill and I’ve considered all relevant policy and operational implications together with the minister for women and equalities.

“And it is our assessment that the Bill would have a serious adverse impact among other things on the operation of the Equality Act 2010.

“The Government shares the concerns of many members of the public and civic society groups regarding the potential impact of the Bill on women and girls.

Labour MSP Monica Lennon – who previously said she was “disappointed” over Starmer’s failure to back the Bill – raised an urgent question over the decision at Holyrood.

“The Scottish Parliament backed the GRR Bill by a significant majority and we did so because we believe that Trans people should be able to live, work and die with dignity,” she told the chamber.

Holyrood’s equalities, human rights and civil justice committee has invited Jack and the Scottish Government’s social justice secretary Shona Robison to give evidence at its meeting next Tuesday.