The FM said 'only independence can strengthen and embed democracy in Scotland' as she set out the latest paper for a new referendum. 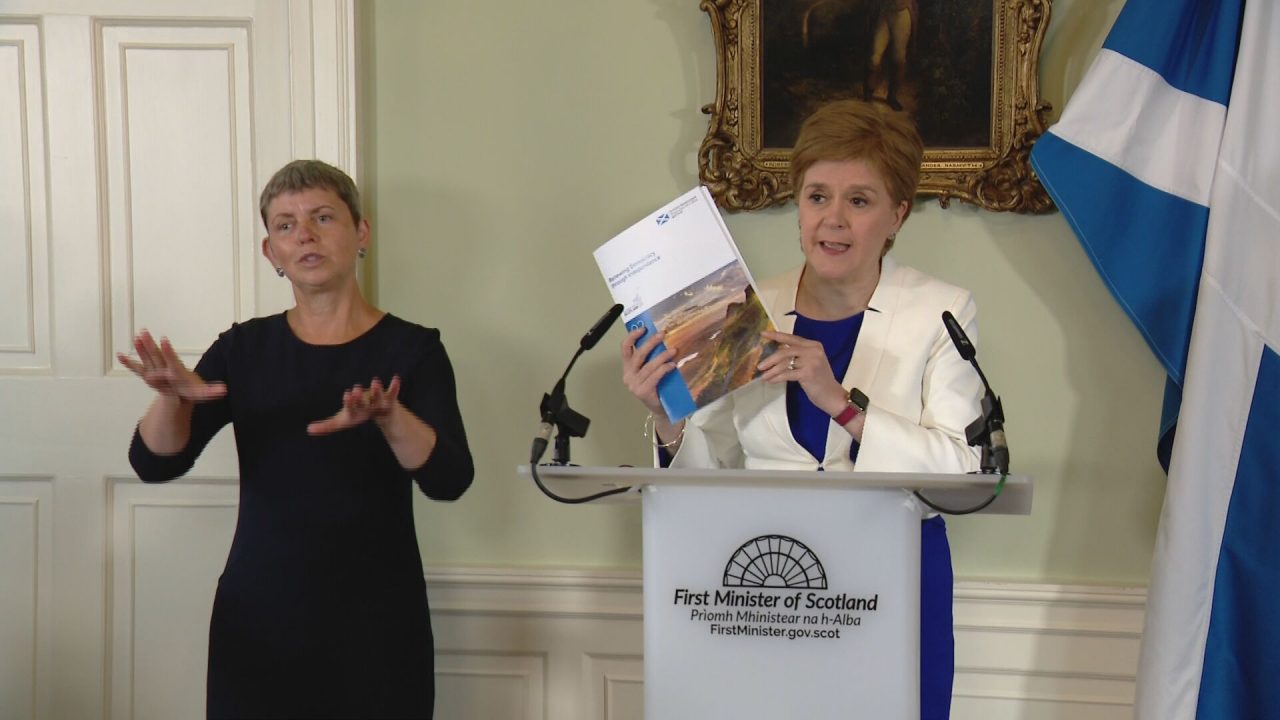 Scotland could have a “better relationship” with the rest of the UK outwith the union, the First Minister has said.

Nicola Sturgeon stated a vote for Scottish independence would create a “partnership of equals” with the remaining three nations rather than the current “Westminster sovereignty” asserted from London.

In the latest of the “Building a new Scotland” series of papers, entitled “Renewing Democracy through Independence,” the FM said the “democratic deficit” between Holyrood and the UK equivalent was “wider than ever”.

The 58-page document, unveiled at Bute House, states that Scotland’s political institutions should be “respected, protected and strengthened,” adding there was “no realistic possibility” of a federal system which allowed the country some form of self-governance.

She added: “Only independence can strengthen and embed democracy in Scotland”.

The paper states the “underlying authority of Westminster within the UK system has become more prominent and more strongly asserted” since the UK voted to leave the European Union in 2016, pointing out the Scottish Parliament has been legislated against seven times without consent in the last six years.

The Westminster system does not adequately recognise the multi-national nature of the United Kingdom nor protect the interests of its nations,” it adds.

“Within the Union as currently configured, there is a clear lack of any effective, let alone entrenched, constitutional safeguards to manage democratic differences of opinion between the nations of the UK or even, in light of such differences, to properly respect and accommodate distinct political identity through the devolved institutions.

“When differences exist – as over Brexit, for example – Westminster’s will always prevails.”

Sturgeon said the outcome of the 2014 “had been accepted,” adding the fact Scotland is not independent was evidence of that.

She said Scottish voters “reserved the right to change [their] minds”.

She added the prime minister has no democratic endorsement whatsoever from Scotland, pointing out his replacement will be another leader the country did not vote for.

“The change of Tory leader seems virtually certain to be accompanied by a shift even further to the right,” she said.

“That means a shift even further away from the mainstream of Scottish opinion and values.

She raised the prospect the contest to replace Mr Johnson as PM could result in a “race to the bottom on tax, cuts to public services and support for families, more posturing over Brexit hurting businesses and trade” as well as the “abandonment of the fight against climate change”.

The paper is also highly critical of the UK Government’s failure to “properly invest” oil revenue and the 2010 policy of austerity.

Sturgeon plans to hold the poll on October 19, but outgoing Prime Minister Boris Johnson has said “now is not the time” for the vote to take place.

Scotland’s top legal official, Lord Advocate Dorothy Bain, said she “did not have the necessary confidence” the Scottish Parliament had the authority to legislate on referenda, while the UK Government has already said it will only take part in a referral to the supreme court in order to prevent the vote going ahead.