Nicola Sturgeon: 'Scottish democracy will not be denied'

The First Minister said the ruling from the Supreme Court blocks one route to an independence vote. 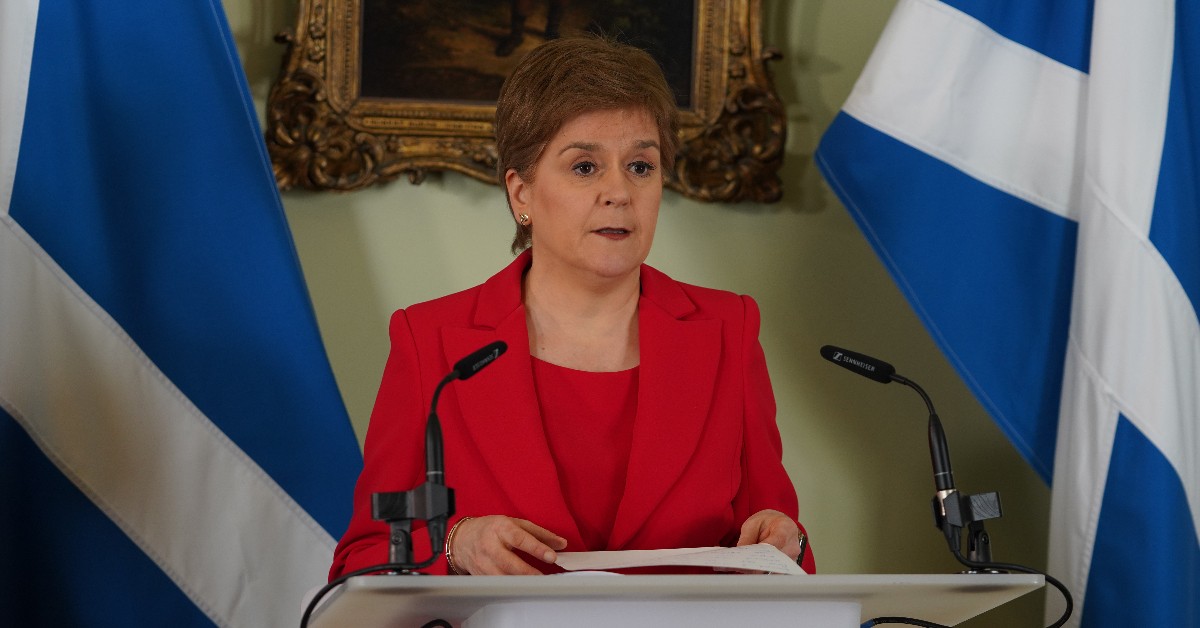 Nicola Sturgeon has insisted that “Scottish democracy will not be denied” after the UK’s highest court ruled that Holyrood cannot legislate for an independence referendum.

In a verdict delivered at the Supreme Court in London on Wednesday, judges indicated that the Scottish Parliament would not have the power to bring forward a Bill enabling a vote to be held.

The Scottish Government had intended to hold an independence referendum on October 19, 2023.

However, the UK Government argued that it would be outside of the legislative competence of Holyrood for the legislation to be introduced.

Following the ruling, Scotland’s First Minister said that she respected the ruling of the Court.

But, Sturgeon insisted that Scotland’s voice “cannot and will not be silenced”.

She said: “While disappointed by it I respect the ruling of @UKSupremeCourt – it doesn’t make law, it only interprets it.

“A law that doesn’t allow Scotland to choose our own future without Westminster consent exposes as myth any notion of the UK as a voluntary partnership and makes the case for Indy.”

The SNP leader added: “Scottish democracy will not be denied. Today’s ruling blocks one route to Scotland’s voice being heard on independence – but in a democracy our voice cannot and will not be silenced.”

READ MORE: Supreme Court says no to indyref2 – so what happens next?

Scottish Conservative leader Douglas Ross said the verdict delivered by the Supreme Court was “clear and unequivocal” as he described it as having been a waste of money.

“I welcome the Supreme Court’s unanimous judgment that the constitution is a matter reserved to the UK Parliament and that Nicola Sturgeon’s referendum bill would not be legal,” said Ross.

READ MORE: What ruling did Supreme Court make and what does it mean for indyref2?

“This was a clear and unequivocal verdict delivered by the highest court in the country and the SNP government must respect it.

“Nicola Sturgeon insisted on taking this case to the Supreme Court at the cost of hundreds of thousands of pounds to the Scottish taxpayer and this ruling confirms that it was a waste of time and money.”

Ross underlined the other issues facing people in Scotland as he urged the SNP to turn attention away from pursuing an independence referendum.

He continued: “The Scottish people have made clear in poll after poll that they don’t want another referendum next year.

“The country faces enormous challenges right now. Our economy and our NHS are in crisis. We have a wave of public sector strikes, including the first teachers’ strike in almost four decades. These key issues must be everyone’s top priority.”

The Scottish Conservative leader insisted the SNP must now “get back to work”.

“Holding another divisive referendum next year is the wrong priority at the worst possible time for Scotland,” he said.

“Following this judgment, the SNP must now get back to work, drop their referendum obsession and focus on what really matters to the people of Scotland.”