Nicola Sturgeon: 'The Conservatives have unleashed chaos on all of us'

The First Minister said the new prime minister does not have a mandate. 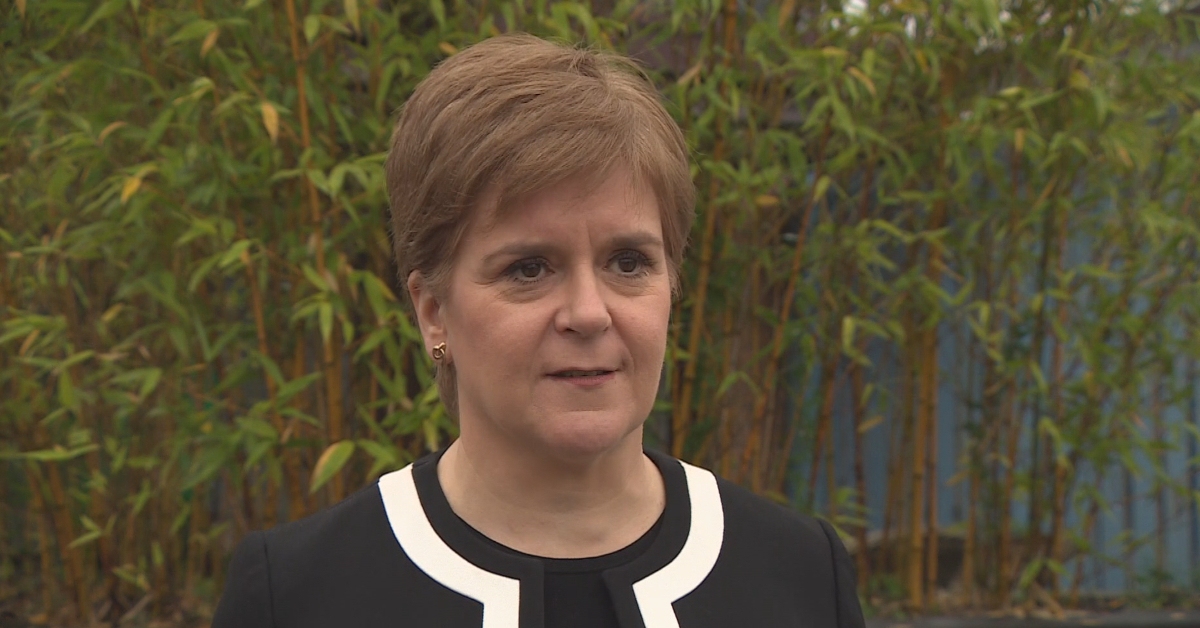 Nicola Sturgeon has said the Conservatives have “unleashed chaos” on the UK ahead of facing her fifth prime minister since becoming Scotland’s First Minister eight years ago.

Rishi Sunak appears to be the favourite to enter Number 10, but faces a challenge from Penny Mordaunt to succeed Liz Truss.

A deadline of 2pm on Monday has been set for those seeking to enter the Conservative leadership contest, with a requirement of 100 MPs backing them in order to do so.

Speaking to STV News, SNP leader Sturgeon described it as a “democratic outrage” that there will be a new prime minister installed without there being a general election.

Boris Johnson was the last Conservative leader to have won a general election for the party in 2019.

However, there are calls for the new office holder to call an election in order to secure a fresh mandate.

Conservative MP Andrew Bowie, a supporter of Sunak, has rejected suggestions that there should be an election.

The West Aberdeenshire and Kincardine MP insisted on Monday morning that a period of “stability and certainty” is needed in the country.

Sturgeon, however, insisted that the new prime minister will not have a mandate to govern.

“Whichever one of them it is, it looks more likely that it will be Rishi Sunak, it’s going to be the fifth prime minister in the years that I’ve been First Minister,” she said.

“Now, I’m only saying that to illustrate the instability and the uncertainty and the chaos that the Tories have unleashed on all of us.

“They have no mandate and it is a democratic necessity that people get their say on who occupies Number 10 Downing Street and that this isn’t just decided by Tory MPs or at most by the membership of the Tory Party.

“It’s a democratic outrage that that should be, yet again, what people are being expected to put up with.”

Sturgeon warned of another phase of austerity being “unleashed”, with chancellor Jeremy Hunt due to set out the Government’s fiscal plans later this month.

The First Minister underlined the need for voters in Scotland to have an alternative through independence.

She said: “Whoever it is in Number 10, and let’s assume it’s going to be Rishi Sunak, a chancellor who has already been one of the authors of the economic and cost of living crisis that the UK is living through right now.

“But whoever it is, the real worry is the next phase of austerity that a week today is going to be unleashed.

“That’s what Scotland needs an alternative to because it’s not inevitable.”