The First Minister has called for a general election, adding that Truss is a 'lame duck' prime minister. 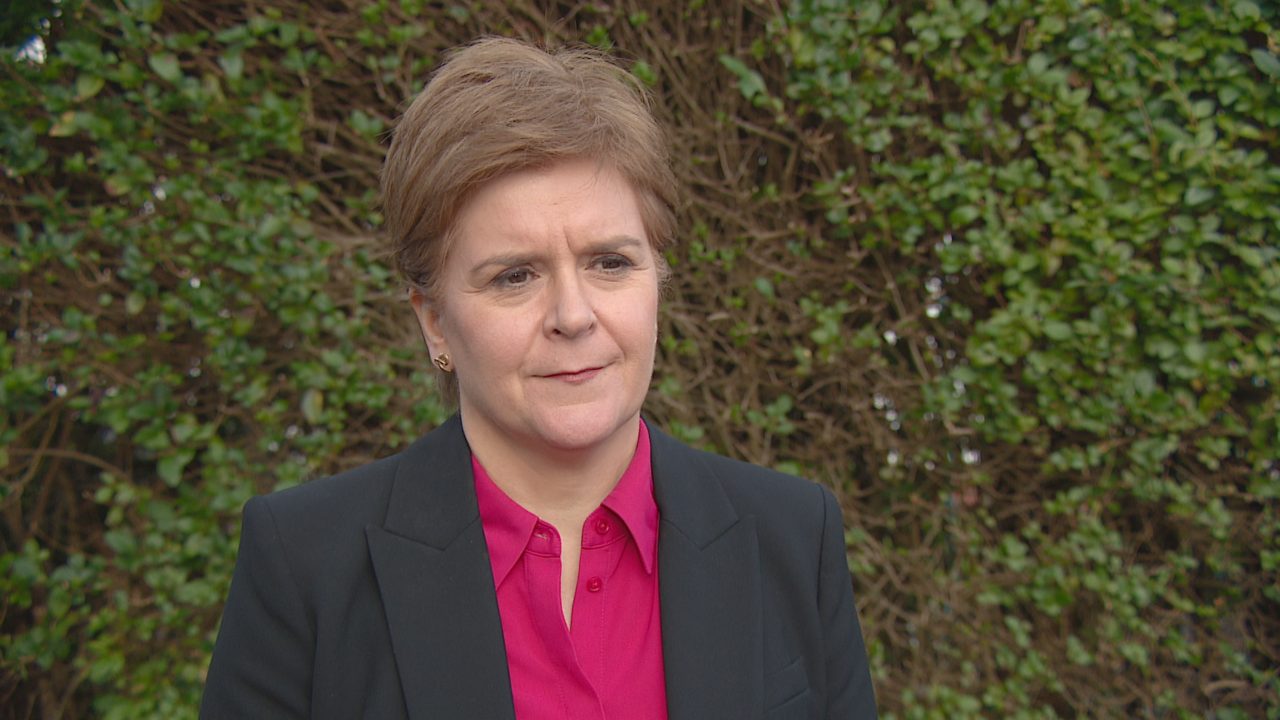 Liz Truss has failed to demonstrate even “a basic level of competence” in the job as Prime Minister, according to Nicola Sturgeon.

It comes after Truss sacked Kwasi Kwarteng as her chancellor and announced a major U-turn on her plan to ditch an increase to the rate of corporation tax.

On a dramatic day in Westminster, Kwarteng was relieved of his job on Friday afternoon before being swiftly replaced by former health secretary Jeremy Hunt.

Sturgeon has called for a general election to be held so that people across the UK are able to decide on who they want to see in government.

Speaking to STV News, Scotland’s First Minister described Truss as a “lame duck” prime minister, as she urged her to resign.

“I think the only decent thing that Tory backbenchers could do now is call time on Liz Truss and this entire UK Government and allow people across the UK to have a general election,” said Sturgeon.

“I mean, this is beyond a joke. It was never funny, but Liz Truss has already through her own decisions crashed the economy and heaped misery on people who were already struggling with a cost of living crisis.

“Now today she has forced her chancellor to carry the can for her decisions.

“The sooner she goes and the sooner people get the chance to get rid of this Tory government that is doing so much damage once and for all, the better.

“Of course, the only way for Scotland to permanently get rid of Tory governments we don’t vote for is through independence.”

Sturgeon claimed that Truss is “unfit” to hold the office of Prime Minister.

“So even on these basic courtesies of government, we are political opponents but we should be working together where we can constructively, that’s what I have done with Liz Truss’ three predecessors in my time as First Minister.

“So even on these basic things, she has shown herself unfit to hold the office of Prime Minister.”

The SNP leader said that it is “unconscionable” what Truss and the government had done to the UK economy since the conclusion of the Conservative leadership election.

“The price of Liz Truss’ incompetence and ideological determination to drive through damaging policies, the price of that is being paid by people the length and breadth of the UK,” she said.

“People who were already struggling with a cost of living crisis are now facing soaring mortgage rates and the cost of borrowing going up.

“It is unconscionable that in just a month or so in office, Liz Truss has done to the UK economy and to the living standards of people in every part of the UK.

“It’s time for her to go, it’s time for this entire UK government to go and for people across the UK to get the opportunity to have their say in a general election.”

Sturgeon suggested that Truss had not managed to show “a basic level of competence” since taking on the job at the start of September.

“It’s not down to me, frankly, nor is it down to Mark Drakeford in Wales, it’s down to Liz Truss being out of her depth and unfit to hold the office of Prime Minister,” she said.

“We saw Boris Johnson being unfit for very different reasons, Liz Truss hasn’t even managed to show a basic level of competence in the job.”

She added: “If that was just an abstract problem, that would be one thing, but the price of that incompetence is being paid by people right now in the value of their mortgage repayments going up every month and the cost of living crisis that people are already struggling with.”