The First Minister said the issues facing the health service now were 'far greater' than those during her tenure in the post. 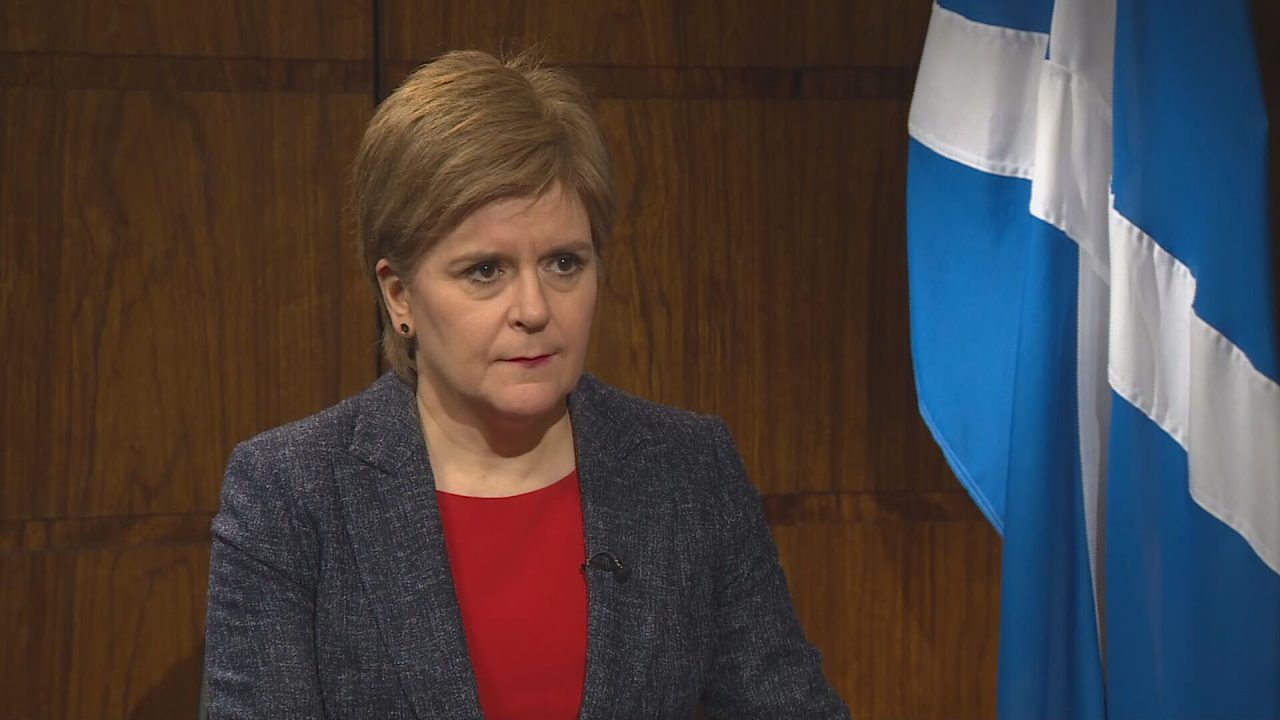 Nicola Sturgeon has insisted Humza Yousaf will still be in a job next year despite admitting Scotland’s hospitals are close to capacity in the face of crippling pressures.

The First Minister has consistently rejected calls to sack her health secretary despite growing calls for his resignation against the backdrop of “unprecedented challenges”.

Sturgeon, who served in the role between 2007 and 2012, said Yousaf was “doing a good job,” adding the current incumbent was facing “far greater pressure than [she] ever did”.

However, she admitted current pressures on the health service were “more difficult than any winter since it was first established”.

Yousaf, who appeared at a press briefing alongside Sturgeon and deputy chief medical officer, Graham Ellis, is expected to update the Scottish Parliament on the new measures in a statement on Tuesday.

The FM said hospitals across Scotland surpassed 95% capacity on January 4, compared to pre-pandemic levels of 87%, while around 1,700 people are awaiting discharge.

But she added the figures were not “a Scottish phenomenon,” and pointed out Yousaf was the “only health secretary in the UK to avoid industrial actions”.

“This is not just happening in Scotland, this is a phenomenon across much of the world right now,” Sturgeon told STV News.

“He [Yousaf] is doing a good job. I did the job as health secretary for the best part of six years in much easier times than we are living through right now. I know how tough a job that is, I know how difficult it is day in and day out. I think Humza faces much greater pressures than I did.

“I think in these circumstances, he is doing a good job.”

Sturgeon added “immediate extra funding” will be provided to health and social care partnerships to support the booking of additional care home beds for patients to be discharged to while they await an appropriate care package.

The FM said there had been a decline in delayed discharge over recent weeks, despite the “accumulating” pressures on the service, but acknowledged more had to be done to ensure patients were able to leave hospital quickly and safely.

Additional staff for the NHS 24 service is also set to increase in the coming weeks after workforce numbers were increased prior to the festive period to reduce the need for hospital visits.

The Scottish Government is also working with health boards to assess initiatives such as extending GP opening hours to Saturdays, as announced by NHS Lanarkshire last week.

Both the Scottish Conservatives and Scottish Labour have called on Yousaf to stand down in recent weeks.

Dr Sandesh Gulhane, the Tory health spokesman, said the health secretary and the FM had been “in denial” about the challenges facing healthcare services.

But Sturgeon remained adamant that she retained faith in Yousaf, arguing that “laughing faces” which appeared under a Twitter video showing her support were not to be taken seriously.

“We shouldn’t pay too much attention to Twitter,” she said when quizzed on the reaction.

“Humza Yousaf is the only health minister in the UK, so far, to avoid industrial actions, and strikes in the NHS.

“The A&E departments in Scotland, albeit under severe challenges, are performing better than those in England, Wales and Northern Ireland, so in many respects the efforts that my health secretary is making day in and day out is not managing to make all of these challenges disappear but is managing these challenges in an extremely good way and I continue to support him in doing that.

“These are unprecedented times for society and for the NHS. We’ve taken tough decisions in our budget for the next year to ask people who can afford it to pay a bit more tax to increase investment in the NHS by a further £1bn.

“We continue with record investment and record staffing numbers.”

She added: “We have lived for the last three years through a global pandemic. Each of the last three winters because of the pandemic has been increasingly difficult. I think most people will not find it difficult to understand why that was said and a year on, with two waves of Covid, flu pressures, respiratory virus pressures on top of that.”