MSPs are set to pass the Gender Recognition Reform Bill in a vote on Thursday. 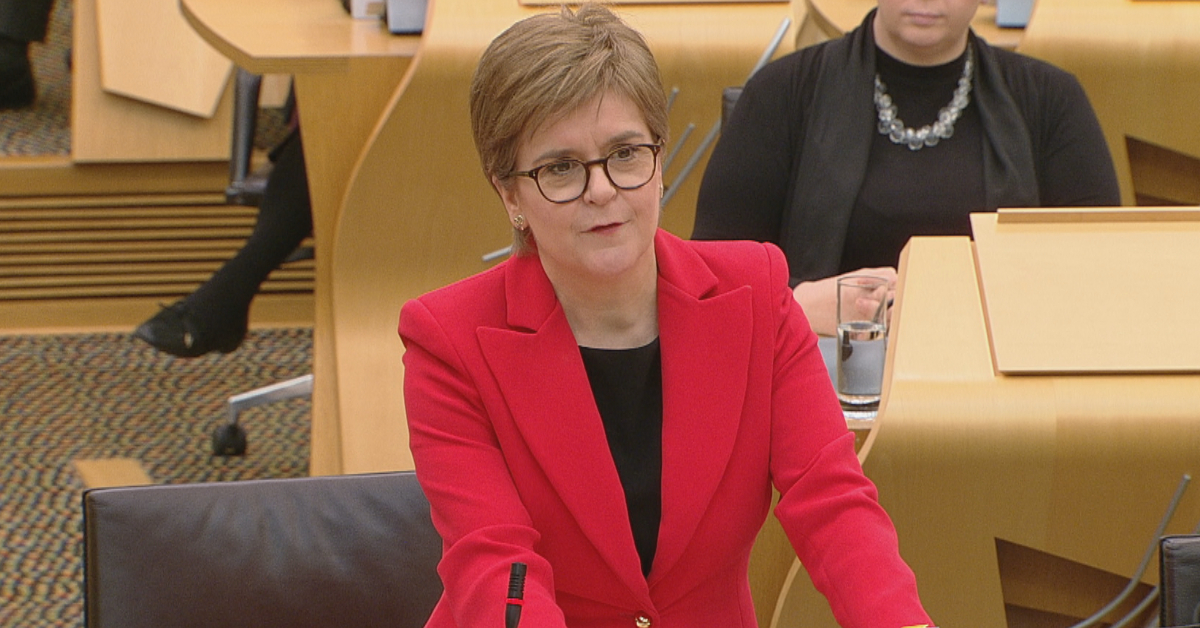 Nicola Sturgeon has insisted on the importance of making “life a little bit easier” for stigmatised minorities in Scotland ahead of the final vote on gender recognition reform legislation.

MSPs on Thursday afternoon are expected to pass a Bill which aims to simplify the process for trans people to obtain a gender recognition certificate.

Among its proposals, the legislation will remove the need for a diagnosis of gender dysphoria which is required under the current process.

Those seeking a certificate must also prove they have lived full-time in their acquired gender for at least two years.

Under the changes being brought forward, this would be reduced from two years to three months, rising to six months for 16 to 17-year-olds.

The age that people are eligible to apply will also be lowered from 18 to 16.

Opponents of the Bill have warned that it could erode the rights of women and girls, as well as creating a risk to safety.

However, those in favour of the legislation say that it is about making the process easier and less traumatising for those who are going through it.

MSPs have given consideration to more than 150 amendments over two days, sitting late in order to get through them all.

Thomson’s amendment had sought to ensure that an application for a certificate would be paused for those who are charged with rape or sexual assault.

Findlay said that the amendment he brought forward had been designed to protect women and girls and to stop sex offenders from exploiting self-ID.

Speaking at the Scottish Parliament, Sturgeon explained the Scottish Government’s position that the amendments were not considered as being compatible with the European Convention on Human Rights.

This could compromise the Bill itself, the SNP leader stated, as she that ministers had sought an “alternative way” to seek the same objectives, by backing an amendment put forward by SNP MSP Gillian Martin.

“Removing the need for medical diagnosis for a trans person who wants to legally change their gender is actually one of the purposes of this legislation because the need for that is one of the most intrusive, traumatic and dehumanising parts of the current system,” she told MSPs.

“And as a woman, I know very much what it is like to live with the fear, at times, of potential violence from men.

“But, I also think it’s an important part of my responsibility to make life a little bit easier for stigmatised minorities in our country to make their lives a bit better and to remove some of the trauma that they live with on a day to day basis.

“And I think it is important to do that for the tiny minority of trans people in our society and I will never apologise for trying to spread equality, not reduce it, in our country.”

Ross said that the amendment put forward by Martin was backed by his party, but said that it was weaker than Thomson’s.

He said: “The public are not against improvements to support trans people. They are against this Bill.

“The problem is not reform, the problem is the First Minister’s reforms. While there may be a majority in this chamber later today to support this legislation, a majority of the public oppose the Bill, including most SNP, Labour and Liberal Democrat voters.

“This Bill reduces women’s rights and potentially risks women’s safety, but it doesn’t need to be this way.”

Ross suggested that opposition parties were “charging ahead” with the Bill, urging them instead to take time to “get this right”.

Sturgeon responded: “This is a Bill that has been six years in the making. There have been two full consultations. Today will be the culmination of a full and robust legislative process.

“In the last two days alone, we’ve had, I think around 20 hours of debate on amendments.

“This is possibly the most scrutinised piece of legislation in the history of this parliament.”

She added: “I will always stand up for women’s rights, but I am proud of the fact that I hope this afternoon Parliament will vote for a piece of legislation that will make the lives of trans people in this country that little bit better and easier and I think that’s actually something to be proud of.”