The First Minister, however, insisted that she is not about to give up her role. 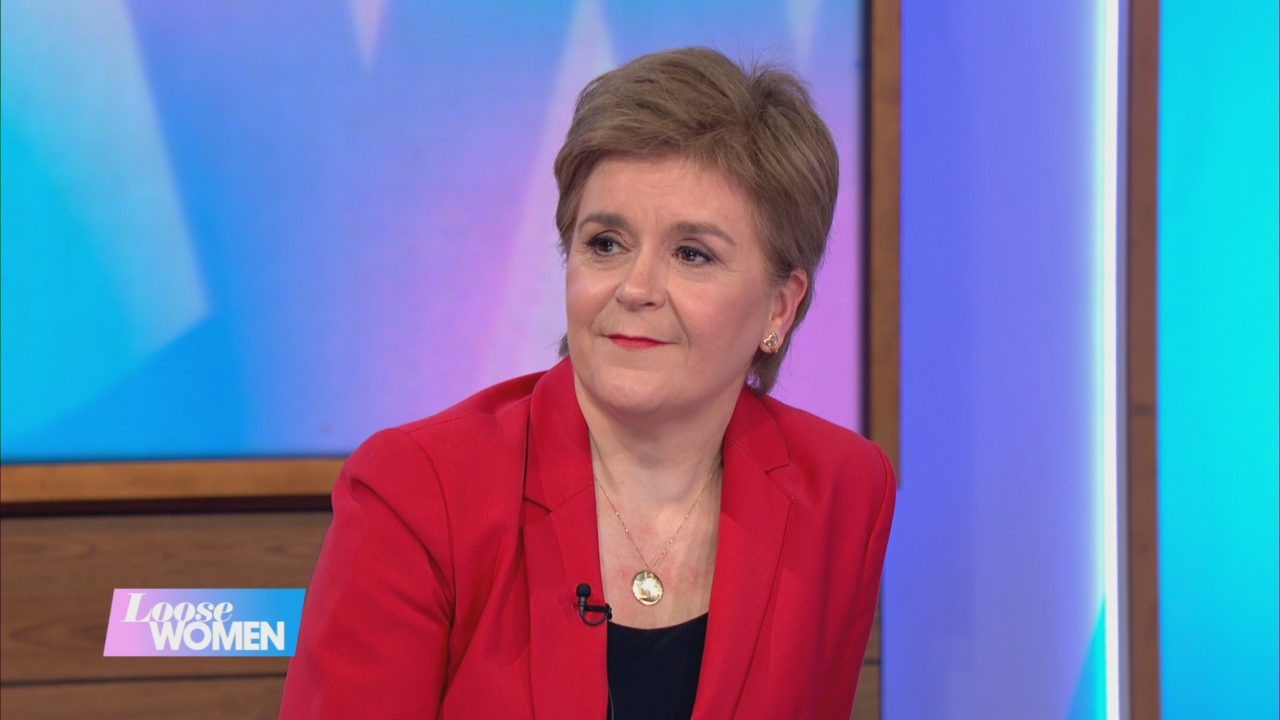 Nicola Sturgeon has suggested that she would step down as First Minister if Scotland were to vote against becoming an independent nation in a future referendum.

Appearing on ITV’s Loose Women programme, the SNP leader though insisted that she is not about to “give up” her role.

Speaking on the programme on Wednesday, Sturgeon also acknowledged the toll taken by being in the public eye.

And the First Minister indicated that she looks forward to being able to pursue new opportunities when the time does come to step down from her position.

“There’s no doubt it’s a tough environment and it’s much tougher now than it was when I was starting out in politics,” she told the panel.

“And you’ll all know this, social media is a horrible, toxic environment. You are subjected to vicious abuse.

“And I know talking to young women now, there is a lot more hesitation about being in public life of any description than there used to be.

Sturgeon continued: “I suppose for anybody in a position like mine, and before I say this, for the Scottish journalists watching, I am not suggesting I am about to stop being First Minister.

“But, I suppose part of what you think about is just having a more private life at some stage.”

The SNP leader was asked how long she intends to remain in political life for.

“I got re-elected last year so I’ve got four years of this term remaining,” said the SNP leader.

The First Minister was pressed on whether she would resign if Scotland voted against independence.

“I’m not going to engage in the hypotheticals of that… I think when Scotland next votes on independence, it will vote Yes,” she said.

Sturgeon though admitted that in the event of a vote against independence: “I suspect I would make way for somebody else but I’m not contemplating that at the moment.”

She added: “I’m in the fortunate position I guess of, you know, having been in politics for a long time, I’m not about to give it up, but when I do, I hopefully will still be relatively young, and I do look forward to the possibility of doing other things in later life.”

Sturgeon also told the panel that there are things she would do differently if given the time again in her handling of the coronavirus pandemic.

“The honest answer to that is yes, but hindsight is a really powerful thing,” she said.

“So back at the outset of the pandemic, you know, things like, ‘should we have locked down sooner?’, I think these are really legitimate questions.

“If I had my time again, there are things I would do differently, there’s no doubt about it.”