Sturgeon admitted A&E performance is 'not where we want it to be' but said it was out performing other areas of the UK. 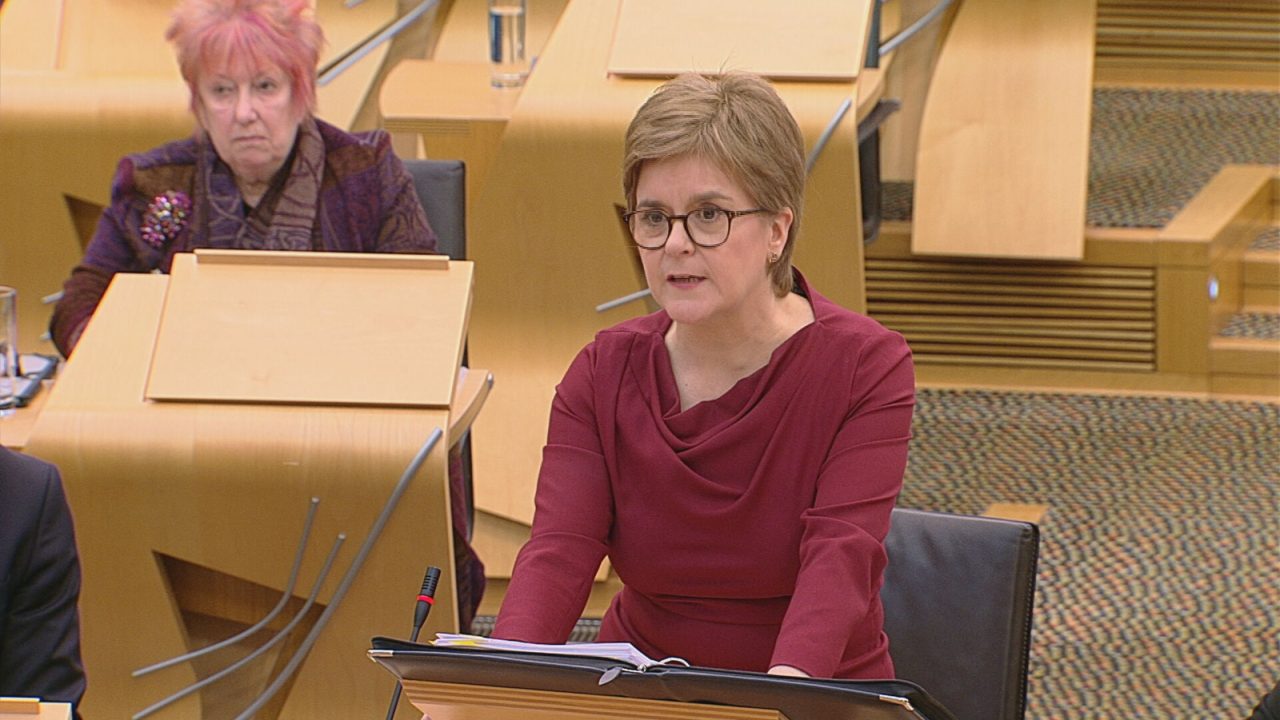 Nicola Sturgeon has insisted “A&E units in Scotland are the best performing in the UK” as she faced questions on health care during First Minister’s Questions.

During an exchange with Conservative leader Douglas Ross, Sturgeon was asked about the performance of the country’s NHS on a range of issues from A&E waiting times and delayed discharge to GP practices.

He stated that the latest figures represented the “worst ever performance” for Scotland’s A&E departments.

However, Sturgeon insisted challenges are “not unique to Scotland” and said the country’s NHS is performing better than in England and Wales.

She said: “A&E units in Scotland are the best performing in the UK”.

Ross responded by branding Sturgeon’s “attack” on the NHS in the rest of the UK as “shameful”.

However, despite defending Scotland’s performance against the rest of the UK, Sturgeon admitted that A&E performance is “not where we want it to be”.

She pointed out improvement at Glasgow’s Queen Elizabeth University Hospital and said: “There is intensive work under way at that hospital and indeed that reflects some of the work that is under way across Scotland.”

The session came less than an hour after junior doctors represented by the BMA Scotland union announced plans to ballot for strike action early next year.

Dr Chris Smith, chair of the union’s junior doctor committee, said talks had “failed to reach an agreement to enter meaningful negotiations on full pay restoration for junior doctors” after a fall of almost 25% since 2008.

NHS medics warned they had reached a “tipping point” over a real-terms pay cut and “derisory” 4.5% wage uplift offer, previously described by health secretary Humza Yousaf as “the largest since devolution”.

Figures produced by Public Health Scotland this week revealed the number of patients being seen within waiting times at emergency departments has hit a new low with just 61.9% of people attending A&E in the week up to November 27 being seen and subsequently admitted or discharged within four hours.

As well as the weekly figures, October was the worst monthly performance on record with 67.6% of patients seen within the target time.

Yousaf said the “level of delayed discharge” was among reasons for the below target figures.

Sturgeon responded that says she is happy to look at the circumstances of individual cases and said it remains the case that the median waiting time is measured in days not weeks or months.

She said: “For the vast majority of patients that is not the case and the median waiting time is measured in days in this country and that is down to the hard work of those on the front line.”