The First Minister has criticised the UK Government's mini-budget. 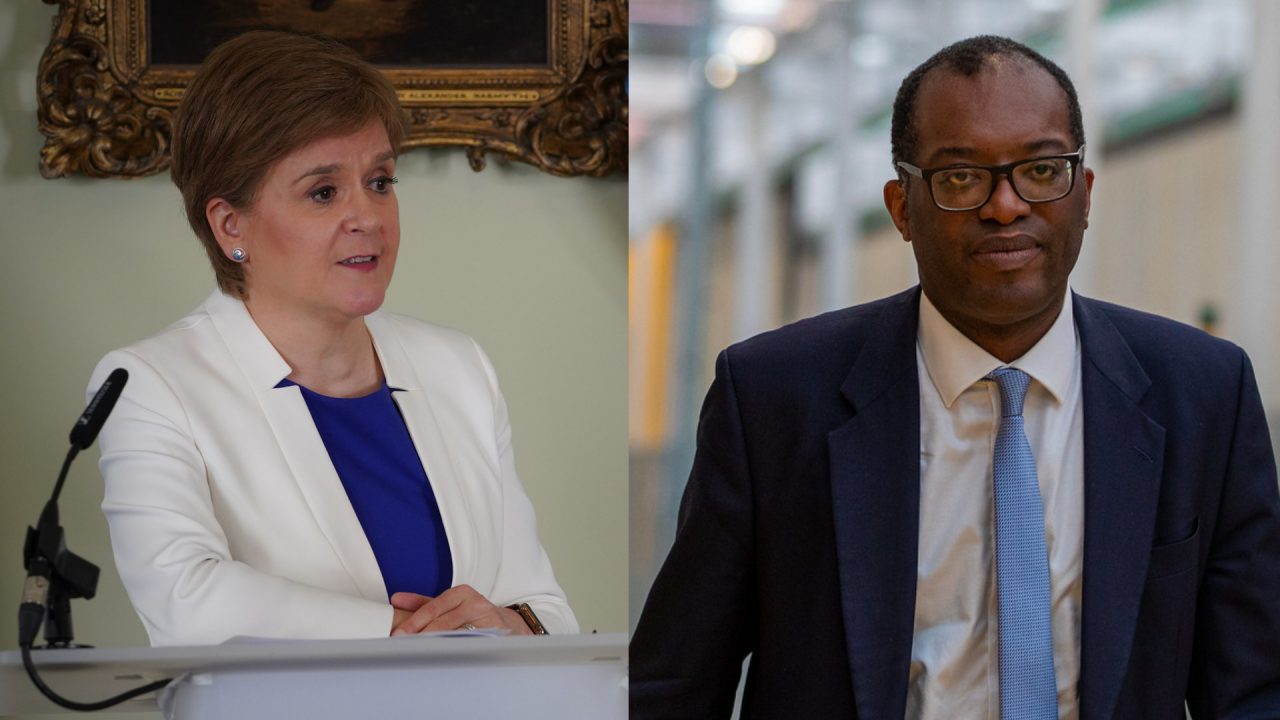 Trickle down economics has been “roundly discredited” over decades, Nicola Sturgeon has insisted, after Conservative tax cuts found to favour the wealthy.

Chancellor Kwasi Kwarteng announced a series of financial measures in the Government’s mini-budget.

It included a cut in the basic rate of income tax and the abolition of the additional rate altogether in England.

He also axed the additional rate of income tax, currently set at 45%, for earners on salaries of more than £150,000.

Scotland has its own system of taxation, determined at Holyrood.

Among the other steps set out, Kwarteng announced that the cap on bankers’ bonuses will be lifted, while also ditching a planned rise in corporation tax.

There has been concern over the impact of the financial strategy being adopted by the Government, however, with the pound slumping to its lowest level against the dollar since 1971.

Analysis by the Resolution Foundation found that the tax cuts would benefit “only the very richest households”, and would not do anything to stop more than two million people falling below the poverty line.

Scotland’s First Minister has criticised the UK Government over its approach and argued against the theory of trickle down economics – essentially, the idea that when businesses makes money, that money will then filter down to others through investment.

“We live in a situation right now where growing numbers of people can’t afford to heat their homes, can’t afford to feed their children, are going without basic essentials,” said Sturgeon.

“I don’t think many people would think that this is the right time to give massive tax cuts to a tiny, tiny number of already rich people.”

The First Minister underlined the importance of the “broader social contract” where tax contributes to services benefitting the wider population.

She said: “You have to make sure that a country is attractive as a whole, that’s about much more than the tax rates for the very richest people in our society.

The SNP leader said that trickle down economics had not worked “anywhere” else.

“This notion of trickle down economics has been roundly discredited over decades and generations, it hasn’t worked anywhere and there is nothing to make anybody think it will work right now.

“We need to invest in a broad base, sustainable economy.”

Sturgeon also stated that the Scottish Government’s opposition to fracking will not change.

It it despite the ban on fracking in England having been lifted by the Government at Westminster.

“Fracking is not the way to energy security, it is not the root to lower energy bills, said the First Minister.

“We live in Scotland, a country that has vast renewable energy potential, offshore wind being at the very top of that list of priorities.

“Already we have a situation where renewable energy is cheaper than gas for example, and nuclear.

“That’s what we need to do – continue to invest in renewables, that’s the way to energy security and it’s the way to do lower cost energy for the future.

“Fracking is not the solution and there will be no change in the Scottish Government’s position.”