The First Minister says the UK Government should follow the example of the European Union by relaxing entry rules. 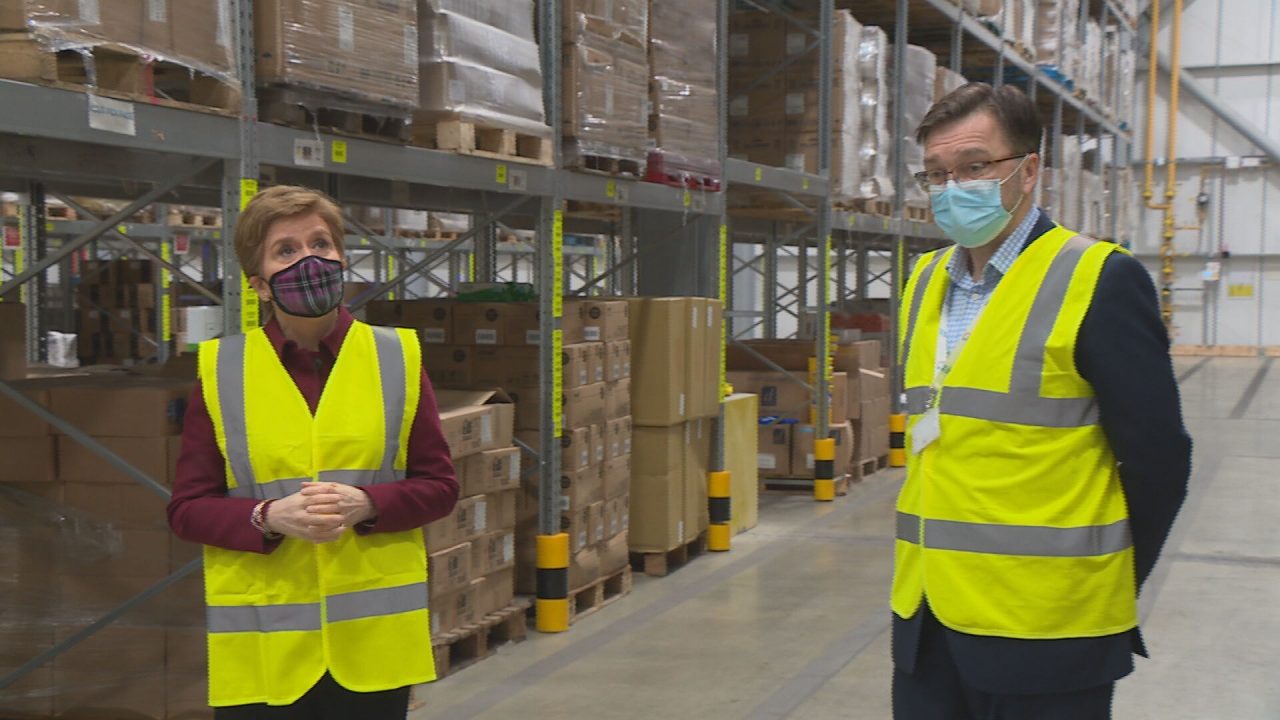 Nicola Sturgeon has called on Westminster to do “what is necessary” to help Ukrainians seeking safety.

The First Minister says the UK Government should follow the example of the European Union by relaxing entry rules for anyone fleeing the country.

Sturgeon made the comments while visiting an NHS Scotland distribution centre in North Lanarkshire preparing to send almost £3m worth of medical equipment to Ukraine following Russia’s invasion.

More than half a million items, including bandages and ventilators will be flown out on Thursday.

Speaking at the centre, Sturgeon said: “Supplies and equipment is being readied for transportation to Ukraine to help those fighting on the frontline.

“This is very much an initial consignment going from Scotland.

And Sturgeon also called on the UK to “open our doors” and do what she says is the “humanitarian” thing to do.

She said: “The UK Government’s position has inched forward in the right direction in the past 24 to 48 hours, but it hasn’t yet gone nearly far enough and I would appeal to the Prime Minister just get the UK Government into the right position.

“Emulate the European Union, which has said anybody fleeing Ukraine can enter to EU countries and have the right to stay for up to three years without all of the bureaucracy that normally goes with it.

“Emulate the Republic of Ireland, that has waived visa requirements and, again, anybody fleeing Ukraine can enter.

“That’s what we should be doing right now. Opening our doors, saying people who are fleeing the war in Ukraine can come here and we will sort the paperwork later.

“That’s the humanitarian thing to do, but it’s also the thing that is practically necessary to do.”