The First Minister has backed calls for the Russian-state-backed broadcaster to be banned in the UK. 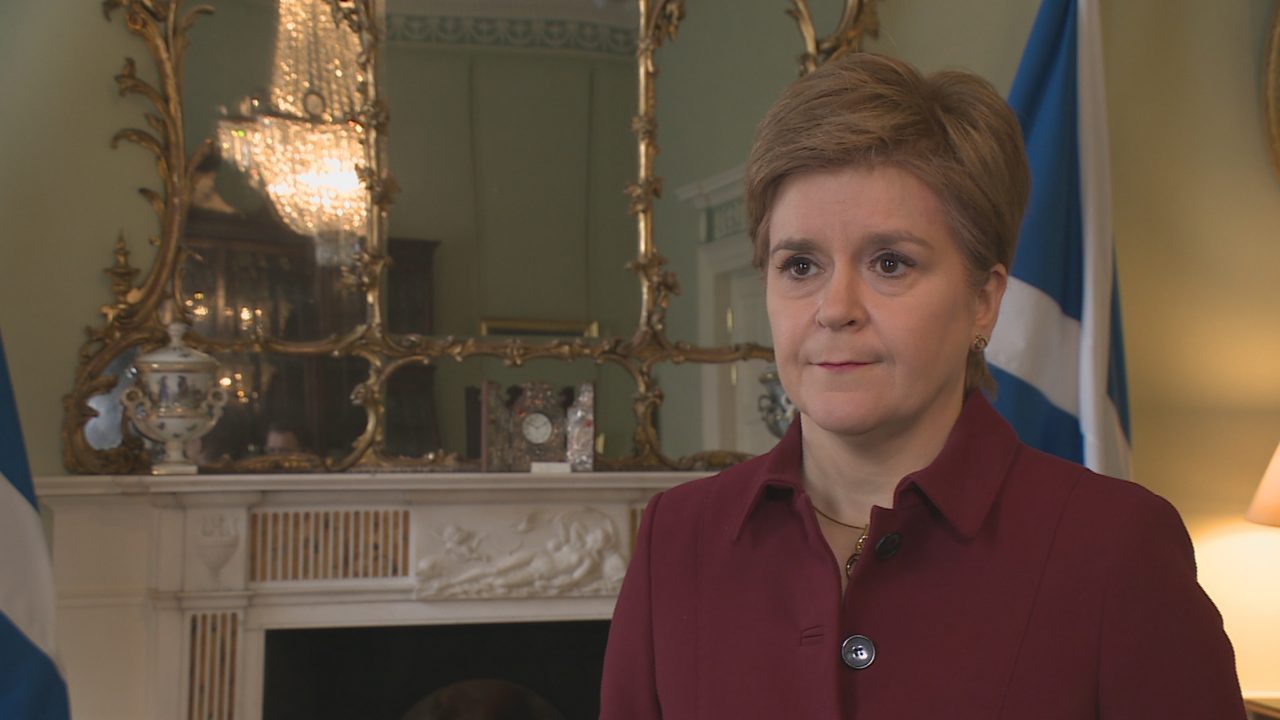 Nicola Sturgeon has said she is “appalled” by Alex Salmond’s continued involvement with the Russian-state backed broadcaster RT.

The First Minister criticised her predecessor, as he was urged to ditch his show on the channel.

Salmond began hosting The Alex Salmond Show on RT back in 2017 months after losing his seat as an MP.

Sturgeon has previously warned Salmond against appearing on the broadcaster, but those calls have been ignored.

Salmond, who is now leader of the Alba Party, has been under fire for continuing on RT amidst the Russian invasion of Ukraine.

At Bute House on Wednesday, Sturgeon met with Yevhen Mankovskyi, acting consul general for Ukraine, and Linda Allison, chair of the Association of Ukrainians in Great Britain.

Asked whether she agrees with calls for RT to be banned in the UK, she said: “Yes, I do.

“It’s a matter for Ofcom, but I do think there is now a very serious question about whether RT should continue to have a licence to broadcast here in Scotland.

“And I would certainly encourage Ofcom to look at that very, very seriously and closely indeed.”

The First Minister said that it is now “even more unthinkable” in light of the situation in Ukraine that Salmond’s involvement with RT should continue.

“I don’t think it’s any secret now that I didn’t think he should ever have had a television show on RT.

“But it is even more unthinkable now that that should continue.”

Sturgeon added: “For a variety of other reasons, I am not answerable for Alex Salmond, but hopefully he will reflect.”

The SNP leader indicated that she has told party members and representatives not to appear on RT.

She said: “I don’t think any elected representative right now should be contemplating appearing on RT.

“I will give that message, have given that message, to elected representatives here in the Scottish Parliament. I know Ian Blackford has done so in Westminster.

“You know, every elected representative has to take their own decisions, but right now, when the international community should be standing united against Putin, against his aggression, against his egregious breach of international law, then appearing on RT, which in many ways as we know is a state-backed broadcaster there to help Putin spread his propaganda, then I think that would be something that is completely wrong for any elected representative to do.”

Asked whether she would suspend any SNP members who might appear on RT, she said: “I hope none will do, but I think at the moment if we’re calling on, as I am, the UK Government to go further on sanctions… I’ve just been talking to the consul general and somebody with family in Ukraine.

“Ukraine is facing a potentially existential crisis here from a brutal dictator and aggressor.

“And all of us have to think about what we can do as individuals, as governments, as political parties, to make sure that we don’t give any succour to Putin and his regime.”

“He’d struggle to disgrace his own reputation more than is already the case, but as a former first minister this is causing real reputational damage to Scotland too.

“If he and the Kremlin’s other useful idiot George Galloway still possessed an ounce of integrity they’d quit that channel immediately. The fact that neither will speaks volumes.”