Roz McCall swore to be 'faithful and bear true allegiance to His Majesty King Charles' at Holyrood on Tuesday. 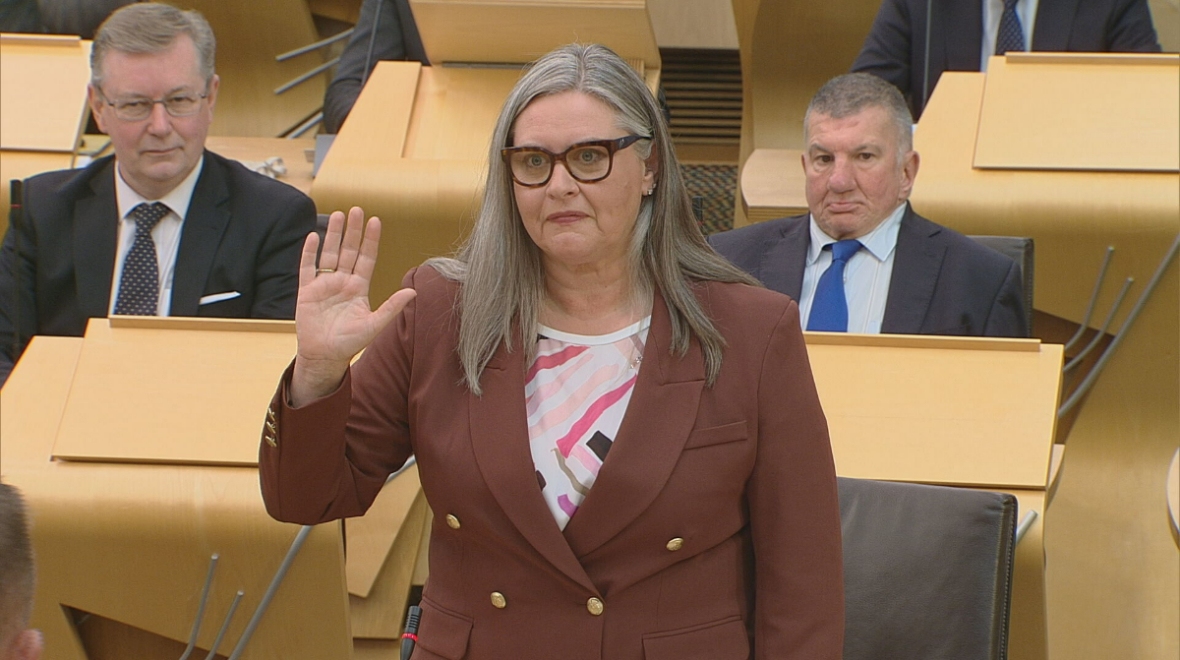 A new Scottish Conservative MSP has been sworn in at Holyrood, becoming the first to do so by pledging allegiance to King Charles III.

Roz McCall formally joined the chamber as business resumed at the Scottish Parliament on Tuesday.

Taking the oath in front of Presiding Officer Alison Johnstone, she swore to “be faithful and bear true allegiance to His Majesty King Charles, his heirs and successors according to law”.

She is replacing Dean Lockhart as a list MSP for Mid Scotland and Fife after he resigned earlier this month.

Lockhart, who was the convener of the Parliament’s Net Zero, Energy and Transport Committee, said he was taking up a “new opportunity” with a body that works with politicians and others towards net-zero targets.

Normal business at the Scottish Parliament was suspended on Thursday September 8 following the death of the Queen.

It resumed on Tuesday with several sessions taking place in the debating chamber and committees.

After McCall was sworn in, MSPs began a meeting where they each had an opportunity to pay tribute to the Queen.

As part of being sworn in, new MSPs must make an oath or affirmation pledging allegiance to the current monarch.

Earlier this month, McCall said she was “delighted and honoured” to be joining the Scottish Conservative group at Holyrood.

She said: “As an MSP I will work to reverse the erosion of local democracy, to hold the SNP Government to account, and to provide alternative, new and imaginative, positive policies to benefit the people of Mid Scotland and Fife, and Scotland as a whole.”

The King visited the Scottish Parliament for the first time as monarch on Monday September 12.

He paid tribute to his late mother during a special sitting of the parliament, quoting Robert Burns’ Epitaph on my own Friend.