New coronavirus walk-through test centres to be set up

There will be 11 local sites established in the coming months, with the first in St Andrews. 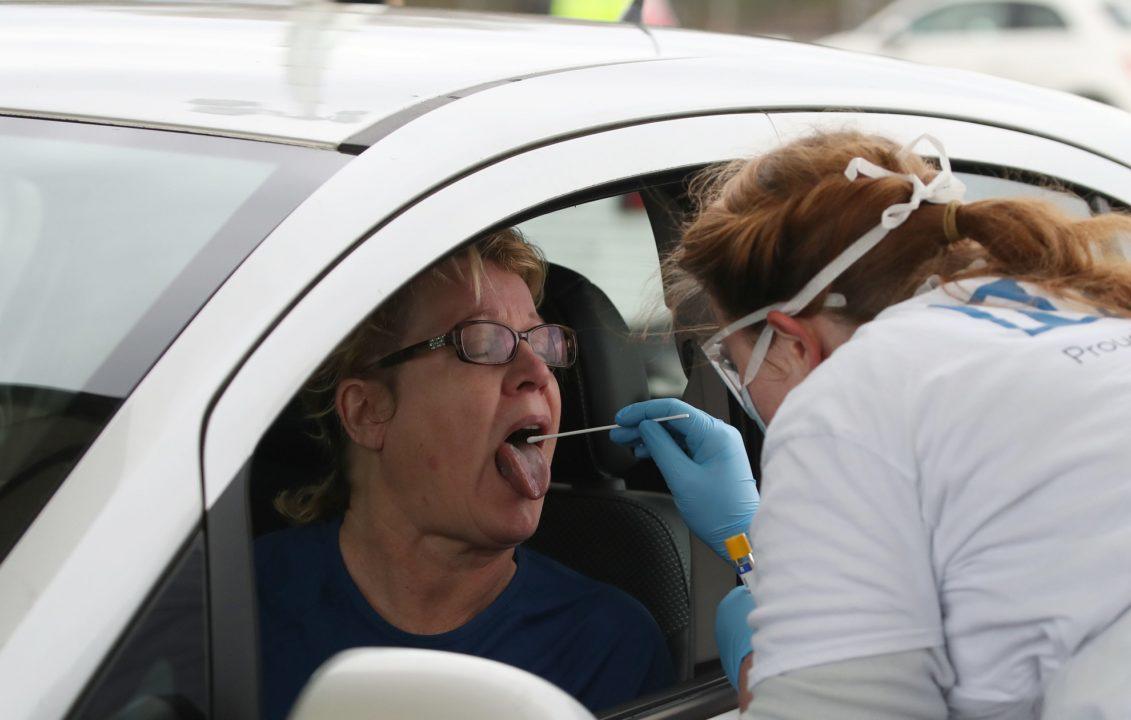 New walk-through testing centres for Covid-19 are being planned across Scotland.

First Minister Nicola Sturgeon said 11 such local sites will be set up, with the first to be based at the Victory Memorial Hall in St Andrews, Fife.

She said the facilities were part of the Scottish Government’s “medium-term” plans to boost testing capacity but stressed work on them is already well under way.

In the short term, three additional mobile testing units are to be deployed across central Scotland this week.

The first site in Glasgow is operational from Tuesday afternoon.

It comes after issues over the weekend with the booking of tests in Scotland and the UK amid a surge of demand.

Speaking on Tuesday, Sturgeon said cases of Scots instructed on the booking portal to travel south of the border for a Covid test were “technical issues” that are being resolved.

She said: “Over the weekend, there was a major spike in demand for testing – not just in Scotland, but we think across the UK.

“That led to some constraints on the booking portal throughout the day yesterday and that, in turn, resulted in a surge of calls to our Covid-19 helpline.

“I know this will have been frustrating for people trying to book a test so I want to thank everyone for bearing with us as we’ve worked to address these issues.”

She told the government’s coronavirus briefing the three new mobile test centres should increase Scotland’s daily testing capacity by 1200 to 1500 tests a day.

The First Minister added: “We’re also over the course of this week further increasing the number of tests that can be carried out at the regional testing centres across the country.

“And we are also utilising additional NHS testing capacity.

“For example, NHS Greater Glasgow and Clyde will be activating drive-through facilities to help manage demand in their local area.”

Sturgeon said the 11 walk-in sites should increase Scotland’s sampling capacity by more than 3000 tests per day.

It comes as 44 new cases of the virus were confirmed in Scotland in the last 24 hours, a drop-off from the high numbers posted over the weekend.

Of those, seven are in Tayside, the region affected by a cluster of infections at a 2 Sisters chicken factory in Coupar Angus, Perthshire.

A total of 152 cases are associated with the outbreak, including 134 employees.

The First Minister said there remains no evidence of wider community transmission in Perthshire, with all 2 Sisters workers there and their households in strict self-isolation until August 31.

Meanwhile, the cluster in Aberdeen – which broke out at a number of city pubs earlier this month – now has 261 cases associated with it.

But Sturgeon said significant progress had been made in tamping down the outbreak through a three-week local lockdown, which began to be lifted on Monday.

She also said she is “not unduly concerned” although “not complacent either” about a number of smaller clusters which have affected some schools in Glasgow and Lanarkshire.

Scotland’s 44 new Covid cases amount to 0.8% of all individuals tested in the last 24 hours.

The Scottish Government is aiming for the country to be able to administer 65,000 tests per day in time for the winter months.

But the FM went on to stress that people should only be booking coronavirus tests if they develop any of the key symptoms: a new cough, a fever or a loss of smell or taste.

The only exceptions are those advised by Test and Protect to get a test, or those who have access to testing through their employer as a result of their profession.

There are 243 people in hospital overall across Scotland with Covid-19, a drop of five on Monday’s figure.

Just one patient is being treated in intensive care, which is an unchanged figure.