More than 100 call NHS in a day with coronavirus symptoms 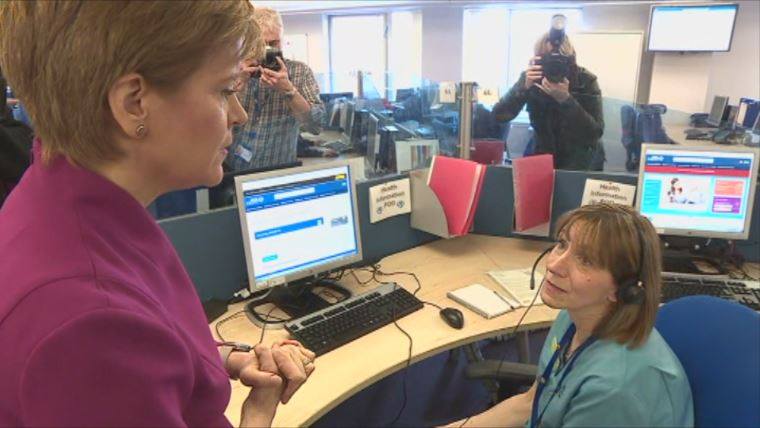 More than 100 people in Scotland with symptoms have called the NHS for clinical advice on coronavirus in the last 24 hours.

A total of 137 people called NHS 24 on the 111 number, which is designed to provide urgent out-of-hours health advice, over the most recent 24-hour period.

In addition, 584 people called a free helpline run by the Scottish health service providing general health advice to people who don’t have symptoms.

This helpline aims to reduce pressure on clinical services and give reassurance to the public. It can be reached on 0800 028 2816.

The NHS Inform public health page on the virus has also had around 54,300 views in the last 24 hours, with a significant increase in traffic and calls to both helplines over the weekend and a spike on Monday after the confirmation of the first Scottish case.

The common symptoms of this strain of coronavirus, known as Covid-19, are flu-like and include:

Those calling 111 are then referred to their health board for further assessment, with the potential to be tested for coronavirus.

The Scottish Government announced on Wednesday afternoon it has now completed 1046 tests for the virus since the outbreak began, with 1043 negative and three positive.

Little can be revealed about the three cases due to patient confidentiality, but ministers have said the first patient, confirmed on Sunday evening, is based in Tayside.

The latest two are based in Ayrshire and the Grampian area respectively, with all three currently considered clinically well but receiving “appropriate” care.

The first patient is confirmed to be receiving treatment at a hospital somewhere in Scotland as a precautionary measure.

Across the UK, 34 new cases have been confirmed in the largest daily jump since the outbreak started, taking the total to 85.

Visiting an NHS 24 call centre on Wednesday, Nicola Sturgeon said she expects more Scottish cases to be identified and confirmed in the coming days.

The First Minister said: “The public should be reassured, in line with the principles of the containment phase we’re in right now, all the appropriate steps are being taken, both in terms of caring for patients, who are both clinically well, but also contact tracing.

“Anybody who has been in close contact with any confirmed patients – they are identified, followed up, where necessary tested themselves and given all of the necessary advice.”

She stressed that close contact does not include fleeting, everyday events like passing someone in the street but has to involve either face-to-face contact or spending more than 15 minutes within two metres of an infected person.

Those at risk are then approached by local health protection teams to receive advice.

Sturgeon added: “The biggest message to the public, as we try to contain the spread of this, is for all of us to follow the hygience advice.

“Proper hand washing, doing the right things when you cough and sneeze – that’s the biggest thing any of us can do right now to help contain the spread of this.”