Rural economy and tourism secretary Fergus Ewing is being investigated over claims from Marine Scotland staff. 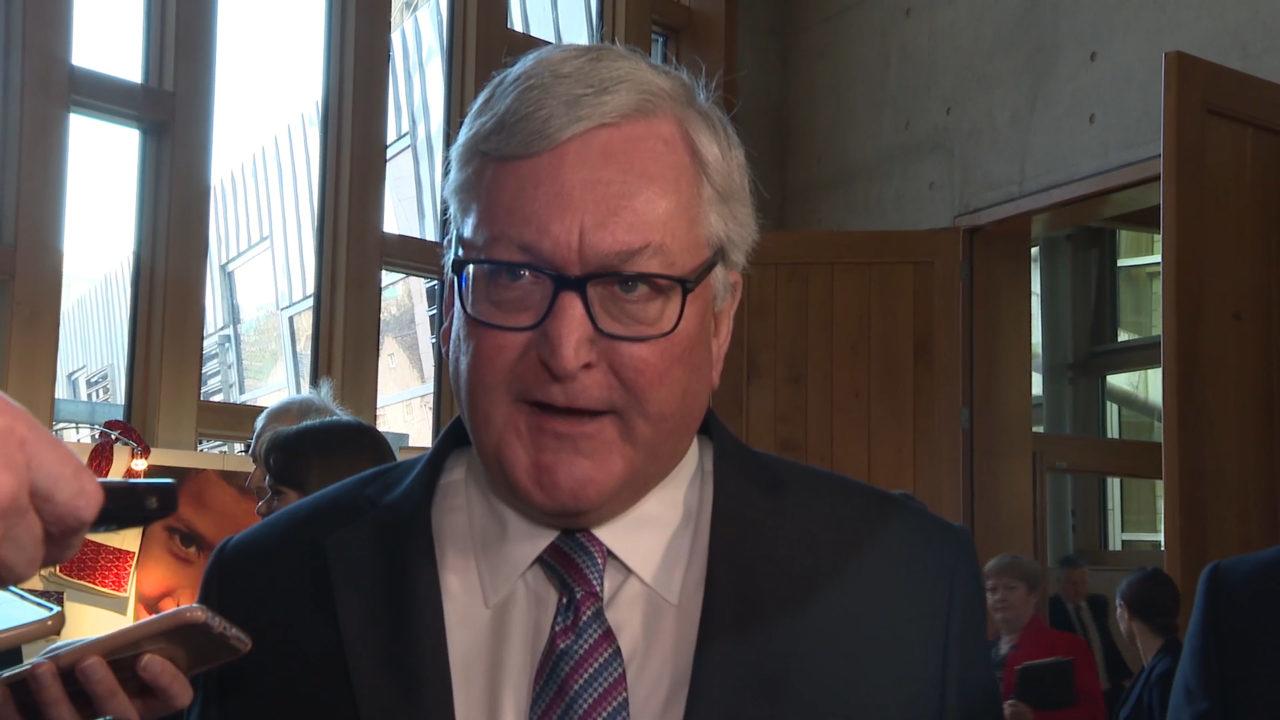 The Scottish Government confirmed an informal investigation is under way into the claims made by staff at Marine Scotland.

Nicola Sturgeon’s spokesman confirmed she knew about the probe when she gave Ewing an expanded ministerial role in this week’s cabinet reshuffle.

Sky News reported the allegations were made at the end of last year and details passed to senior managers at Marine Scotland.

The Scottish Government has declined to give further details but says the accusations have not yet become a formal complaint.

Speaking to reporters after First Minister’s Questions on Thursday, Ewing said the investigation into the claims was at an early stage.

Flanked by deputy FM John Swinney, he said: “I completely reject all claims against me.

“A process is under way and that is entirely proper when such allegations are made.

Ewing faced similar allegations in 2018 when he was forced to apologise after a government official alleged bullying, conceding his manner could sometimes be “forthright”.

The rural economy and tourism secretary is subject to an “informal” investigation into claims he bullied civil servants, allegations Ewing said he “completely” rejects.

The First Minister’s spokesman confirmed Sturgeon was aware Ewing was being investigated when she added the tourism brief to his rural economy role in Monday’s reshuffle.

Asked about the FM’s decision in light of the allegations, her spokesman said: “The First Minister proceeded on the basis she did at the reshuffle so clearly she wouldn’t do anything she regarded as inappropriate.”

He added: “The FM is aware – has been aware – that there is a process under way.”

She added: “When confronted with this information about Fergus Ewing, Nicola Sturgeon handed him a promotion.

“Given her Government’s shambolic handling of the Derek Mackay scandal, there will be huge pressure to get this one right.

“So far that’s certainly not been the case.”

Analysis: ‘FM likely doesn’t think this is too serious’

Afterwards, he came out of the chamber flanked by colleagues and told me he flatly denied the allegations.

Just this week Fergus Ewing’s ministerial brief was expanded with the addition of tourism. That was all part of the mini-reshuffle following the resignation of finance secretary Derek Mackay.

The First Minister was aware of this complaint when she boosted Mr Ewing’s cabinet portfolio, so that says to me that she doesn’t think this is too serious.

Because – on the back of what was a very serious situation forcing the resignation of the finance secretary on the eve of the budget – she’s not going to take any chances.