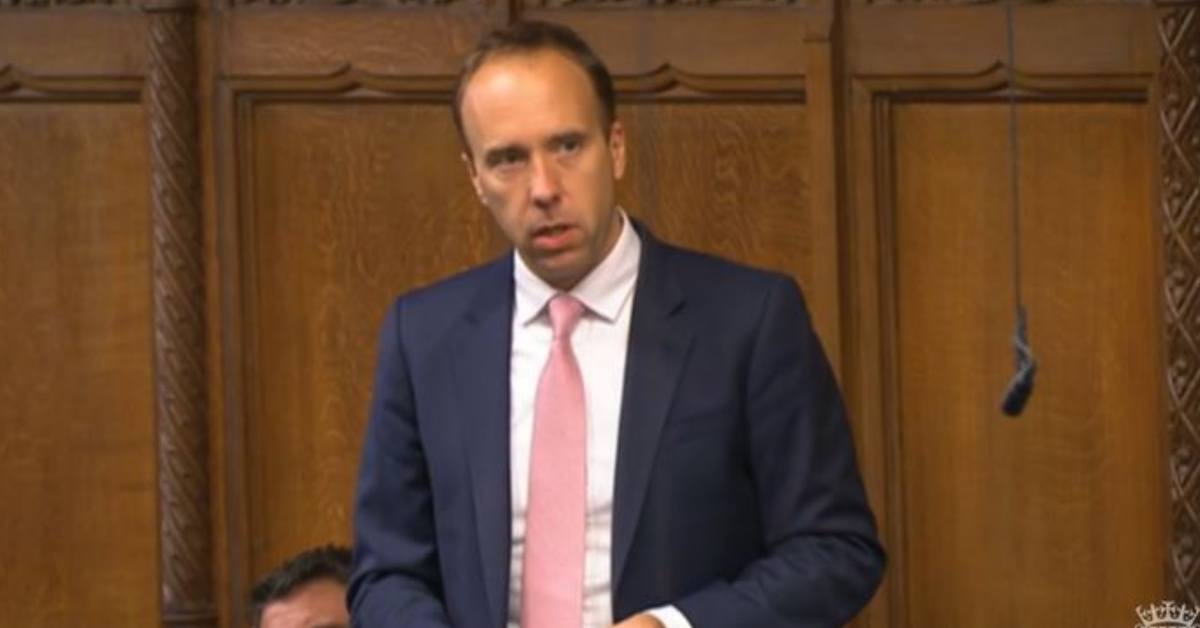 Matt Hancock has made his return to the House of Commons following his stint in the I’m a Celeb jungle.

The former health secretary spoke as he opened a debate on his Dyslexia Screening and Teacher Bill.

Hancock, who was diagnosed as dyslexic when he was at university, is seeking to change the law so that every child is screened for dyslexia in primary schools.

It marked the first time that Hancock has been in Westminster since taking part in the ITV show.

The MP was criticised for participating on the programme while Parliament continued to sit.

On announcing that he was entering the Australian jungle, Hancock insisted he had agreed with show producers that he could be informed of any major developments relating to his constituency.

Noting Hancock’s return to Parliament, deputy speaker Nigel Evans teased the MP after he finished third on the programme.

“This is the third Bill of the day and I know that Mr Hancock, you appear to be making a habit of coming third these days,” Evans joked.

Hancock responded: “Thank you very much Mr deputy speaker, I’m not quite sure what to make of that, but I’m honoured to be third today, and let’s see how that goes.

“It’s also a pleasure to be here and to be clean and well fed.”

MP’s ran out of time to finish debating the bill, meaning it will need to return to the Commons at a later date to have a chance of passing its second reading.