The Prime Minister said that she must act in the national interest. 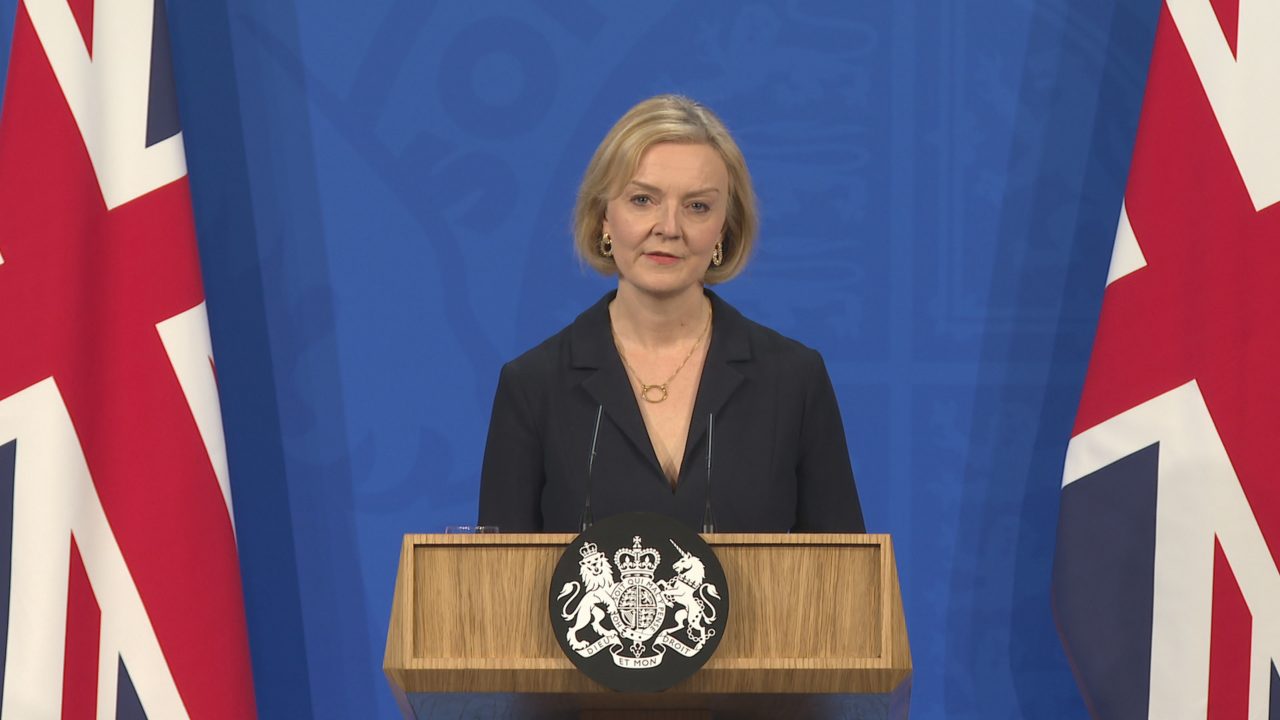 Liz Truss has ditched her plan to scrap the increase in corporation tax in a major U-turn.

The policy reversal signifies a huge change of direction for the Prime Minister, having promised to Conservative Party members in the leadership contest to keep the tax at 19%.

Her leadership rival in the contest, Rishi Sunak, had set out plans to raise corporation tax to 25%.

Sunak announced the increase in March this in his role as chancellor under Boris Johnson.

It had been due to be raised to 25% from 2023, but Truss pledged to scrap the planned increase.

She claimed that it would have been “wrong” to raise the tax while trying to attract investment into the UK.

The Prime Minister held a press conference at Downing Street on Friday following the dramatic sacking of Kwasi Kwarteng as chancellor, with Jeremy Hunt named as his successor.

Setting out her reasoning for the U-turn on corporation tax, Truss claimed that increasing the tax to 25% would raise £18bn per year.

“It is clear that parts of our mini-budget went further and faster than markets were expecting,” she said.

“So the way we are delivering our mission right now has to change. We need to act now to reassure the markets of our fiscal discipline.

“I have therefore decided to keep the increase in corporation tax that was planned by the previous government.

“This will raise £18bn per year. It will act as a down payment on our full medium-term fiscal plan which will be accompanied by a forecast from the independent OBR.

“We will do whatever is necessary to ensure debt is falling as a share of the economy in the medium term.”

Truss said that it was right to act in the national interest.

She said: “I am determined to deliver on what I set out when I campaigned to be party leader.

“We need to have a high-growth economy but we have to recognise that we are facing very difficult issues as a country.

“And it was right, in the national interest, that I made the decisions I’ve made today to restore that economic stability so we can deliver.

“First of all helping people through this winter and next winter with their energy bills, but also making sure that our country is on the long-term footing for sustainable economic growth.”

The Prime Minister described the decisions being taken as “difficult”, but insisted on the need to deliver for people across the country.

“My priority is making sure we deliver the economic stability that our country needs,” said Truss.

“That’s why I had to take the difficult decisions I’ve taken today.

“The mission remains the same. We do need to deliver for people across the country.

“We’re committed to delivering on the energy price guarantee which people are already seeing in their bills.

“But ultimately, we also need to make sure that we have economic stability and I have to act in the national interest as Prime Minister.”

She said: “The best thing Liz Truss could do for economic stability now is resign.

“Her decisions have crashed the economy and heaped misery on people already struggling with a cost of living crisis.

“The only decent thing for Tory MPs to do now is call time on her government and allow an election.”

“Changing the chancellor doesn’t undo the damage made in Downing Street,” he said.

“Liz Truss’ reckless approach has crashed the economy, causing mortgages to skyrocket and has undermined Britain’s standing on the world stage.

“We need a change in government. With my leadership, Labour will secure Britain’s economy and get us out of this mess.”