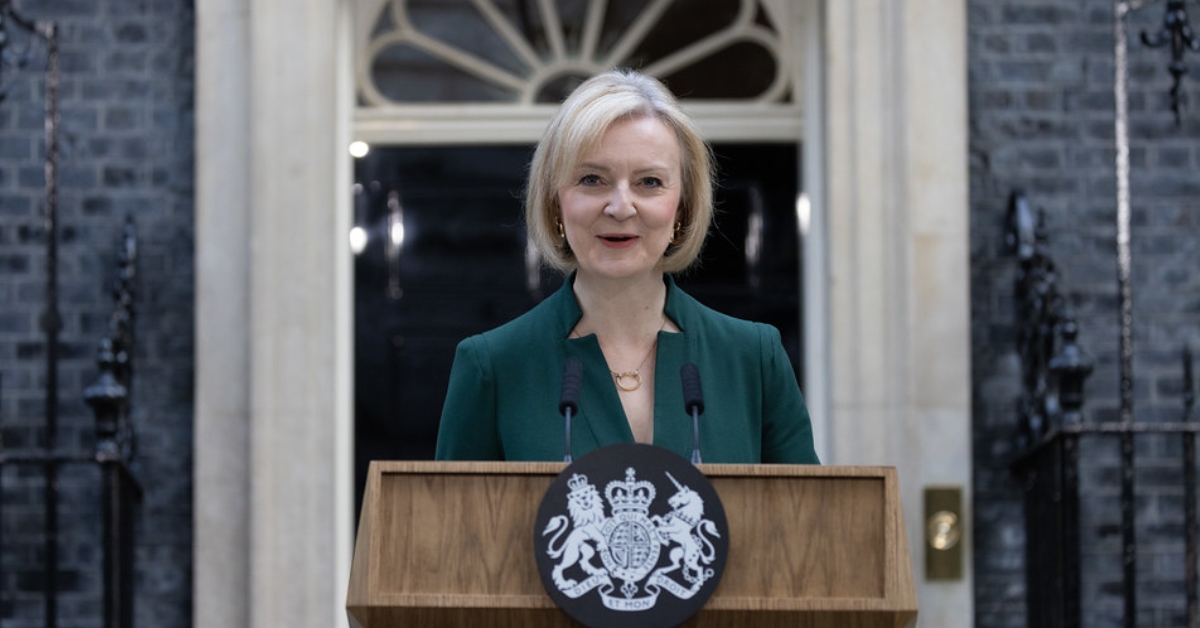 Liz Truss insisted that her government acted “urgently and decisively” during her premiership as she made her final speech as prime minister.

Making her farewell address outside 10 Downing Street before heading to Buckingham Palace to meet the King and formally resign, Truss said it had been a “huge honour” to have been prime minister of the country.

Truss lasted just six weeks in office, during which the pound plummeted following the mini-budget outlined by Kwasi Kwarteng.

Defending her legacy in office, Truss claimed her government helped millions of households with their energy bills, as well as helping businesses avoid bankruptcy.

She also quoted the Roman philosopher, Seneca, as she appeared to double down on her decisions while serving as prime minister.

“It has been a huge honour to be prime minister of this great country, in particular to lead the nation in mourning the death of her late Majesty the Queen after 70 years of service and welcoming the accession of His Majesty King Charles III,” she said.

“In just a short period, this government has acted urgently and decisively on the side of hard-working families and businesses.

“We reversed the National Insurance increase, we helped millions of households with their energy bills and we helped thousands of businesses avoid bankruptcy.

“We are taking back our energy independence so we are never again beholden to global market fluctuations or malign powers.”

Truss argued that the UK must take advantage of Brexit to “do things differently” across the country.

She also insisted that the nation cannot afford to be low-growth.

“From my time as prime minister, I am more convinced than ever that we need to be bold and confront the challenges that we face,” she said.

“We simply cannot afford to be a low-growth country where the Government takes up an increasing share of our national wealth and where there are huge divides between different parts of our country.

“We need to take advantage of our Brexit freedoms to do things differently.

“This means delivering more freedom for our own citizens and restoring power to our democratic institutions.

“It means lower taxes so people can keep more of the money that they earn and it means delivering growth that will lead to more job security, higher wages and greater opportunities for our children and grandchildren.”

Truss underlined her support for Ukraine in the face of Russia’s invasion, as she wished her successor Rishi Sunak “every success” in the job.

“And now more than ever, we must support Ukraine in their brave fight against Putin’s aggression.

“Ukraine must prevail and we must continue to strengthen our nation’s defences.

“That’s what I have been striving to achieve and I wish Rishi Sunak every success for the good of our country.”

Truss gave thanks to her family, friends and staff at Number 10 for their “love, friendship and support” during her time in office.

She concluded: “I look forward to spending more time in my constituency and continuing to serve South-West Norfolk from the backbenches.

“Our country continues to battle through a storm, but I believe in Britain, I believe in the British people and I know that brighter days lie ahead.”