She has become the shortest-serving Prime Minister in history. 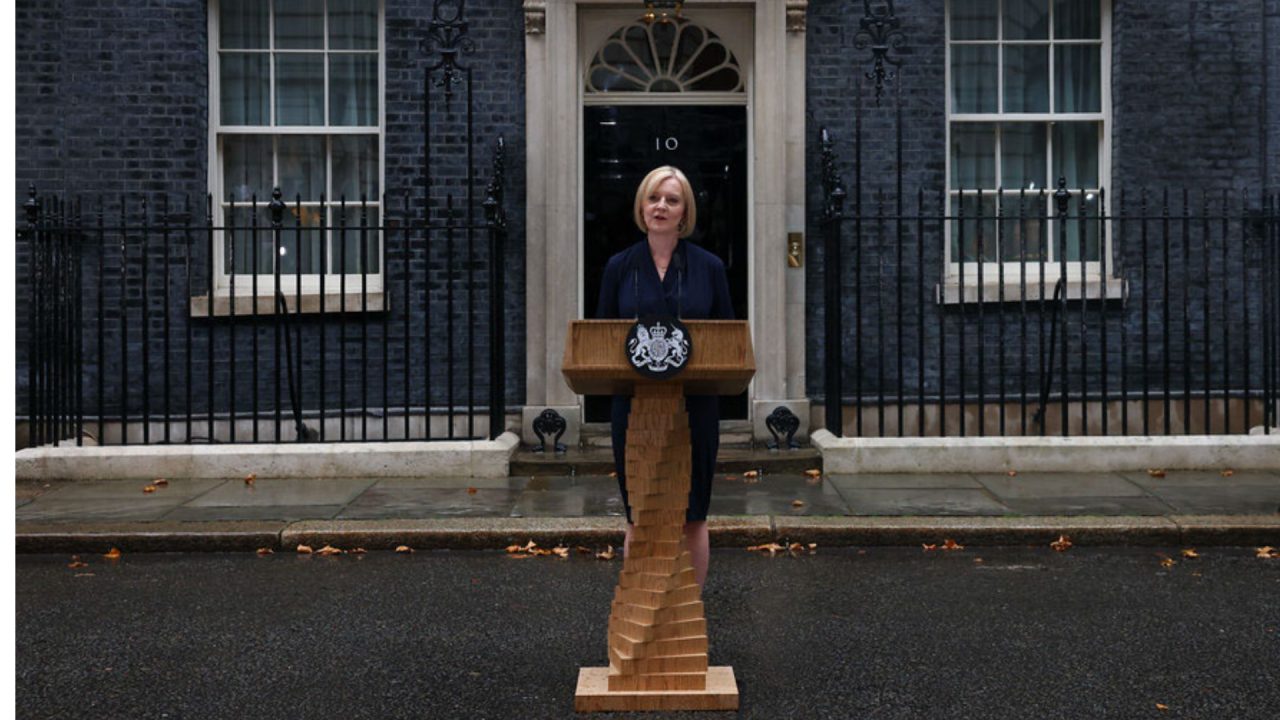 Liz Truss has announced her resignation after a chaotic 45 days in office during which she lost the confidence of Tory MPs and the public, and oversaw economic turbulence.

She is the shortest-serving Prime Minister in history after failing to fight off an open revolt from those demanding her departure.

Speaking from a lectern outside 10 Downing Street, Truss said she had told the King she was resigning as the leader of the Conservative Party.

A leadership election will be completed in the next week, she said after speaking to the leader of the party’s influential 1922 Committee, Sir Graham Brady.

Her resignation comes just a little over 24 hours after she told MPs she was a “fighter, not a quitter”.

She said: “I came into office at a time of great economic and international instability. Families and businesses were worried about how to pay their bills, Putin’s illegal war in Ukraine threatens the security of our whole continent, and our country has been held back for too long by low economic growth.

“I was elected by the Conservative party with a mandate to change this. We delivered on energy bills and on cutting National Insurance. And we set out a vision for a low-tax, high-growth economy that would take advantage of the freedoms of Brexit.

“This morning, I met the chairman of the 1922 Committee, Sir Graham Brady. We’ve agreed that there will be a leadership election, to be completed within the next week. This will ensure that we remain on a path to deliver our fiscal plans and maintain our country’s economic stability and national security.

“I will remain as Prime Minister until a successor has been chosen. Thank you.”