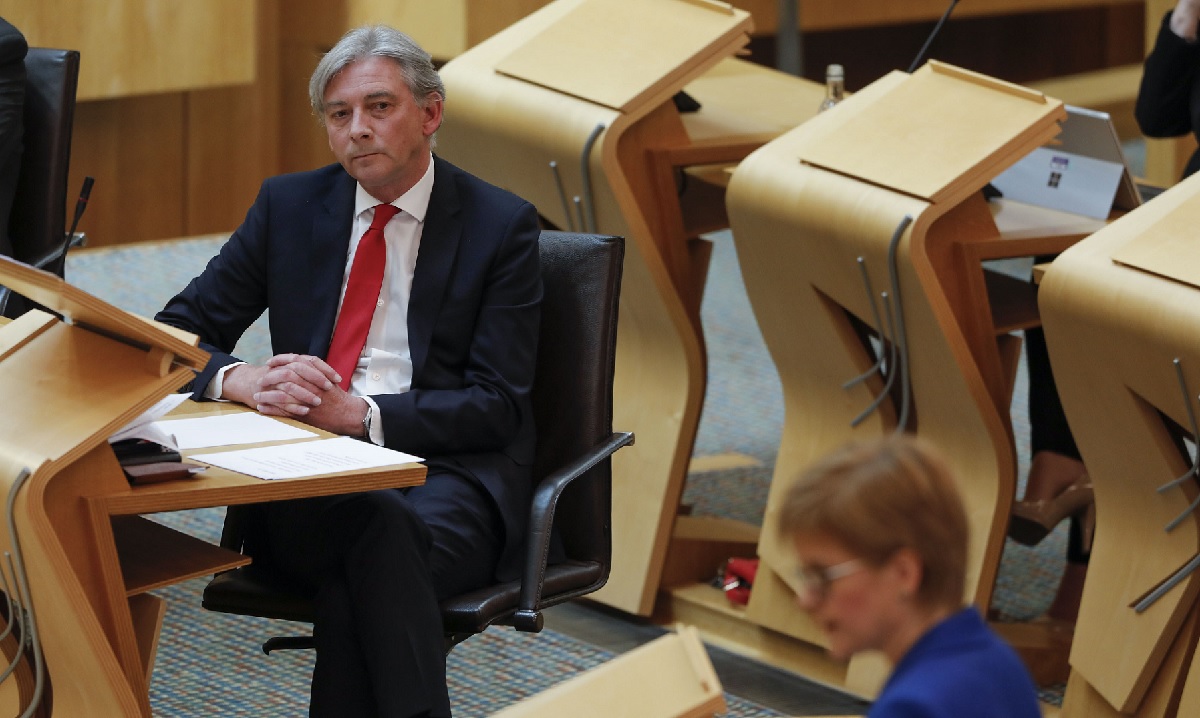 A member of UK Labour’s shadow cabinet has urged beleaguered Scottish party leader Richard Leonard to “think about his position”.

Rachel Reeves, the shadow chancellor of the Duchy of Lancaster, pointed to “pretty dire” poll ratings for Labour in Scotland ahead of next May’s Holyrood election.

Her intervention – the first from Labour’s UK frontbench – comes after four Scottish Labour MSPs publicly called for Leonard to quit on Wednesday.

James Kelly and Mark Griffin resigned from Leonard’s top team in protest at his leadership, while MSPs Jenny Marra and Daniel Johnson also said the Scottish Labour leader should go.

But a bullish Leonard insisted Scottish Labour’s “best chance” next year is to unite behind him, the day after accusing the critics within his party of “internal bickering”.

Meanwhile, UK Labour leader Keir Starmer also gave his first public comments about the tensions in the party north of the border, hailing his and Leonard’s “very good working relationship”.

But speaking to Sky News on Thursday morning, one of Starmer’s most senior MPs joined the calls for the Scottish Labour leader to consider resigning.

Reeves said: “I think that Richard Leonard needs to think about his position.

“The opinion polls in Scotland are pretty dire for Labour, we’ve got important elections next year.”

With the Scottish Parliament election to take place next May, Labour finds itself languishing in third place in the polls, behind the SNP and the Scottish Tories.

The party has faced a series of catastrophic election results, losing all but one of its Scottish seats in last December’s general election.

Also asked about the issue on Sky News, First Minister Nicola Sturgeon said she did not think changing Scottish Labour leader would make “much difference”.

She said she has “lost count” of the number of leaders Scottish Labour has had in Holyrood.

Sturgeon added: “I’ve got no view one way or the other on whether Richard Leonard should be leader of Scottish Labour or somebody else.

“Scottish Labour has got many more fundamental issues – they’re at sea on the key issue of Scotland’s future and most people in Scotland don’t really know what Scottish Labour is for.”

While Reeves stressed the decision is for the Scottish party to make, she added Leonard should “consider his position and do what he thinks is right for Scotland and for Scottish Labour”.

“They elected me back in 2017 to lead the Scottish Labour party into the May 2021 Scottish Parliament elections.

“That is what I am on course to doing.”

Speaking to BBC radio he said he had received a “huge number of messages of support from right across the party, the trade unions”.

Leonard added that uniting behind his leadership is his party’s “best chance” to win seats in May 2021, saying he is confident that as polling day approaches “more and more” voters will turn to Labour.

“I think the political environment is changing because of the pandemic, I think people are re-evaluating their priorities,” he said, naming the NHS as an example.

“That is why I am determined that, as the leader of the Scottish Labour party, we remain outward-looking.”

“The best chance we’ve got is to unite behind me, to go forward on that policy agenda I set out.

Questioned on a visit to Stevenage, Hertfordshire, about whether Leonard should consider his position, Starmer said: “Richard Leonard and I have got a very good working relationship and we’re totally focused on the elections in May next year.

“We both know that we have to rebuild trust in the Labour party and that’s what we’re doing.”