Leonard says it is in the best interests of the party that he steps aside as leader after three years in charge. 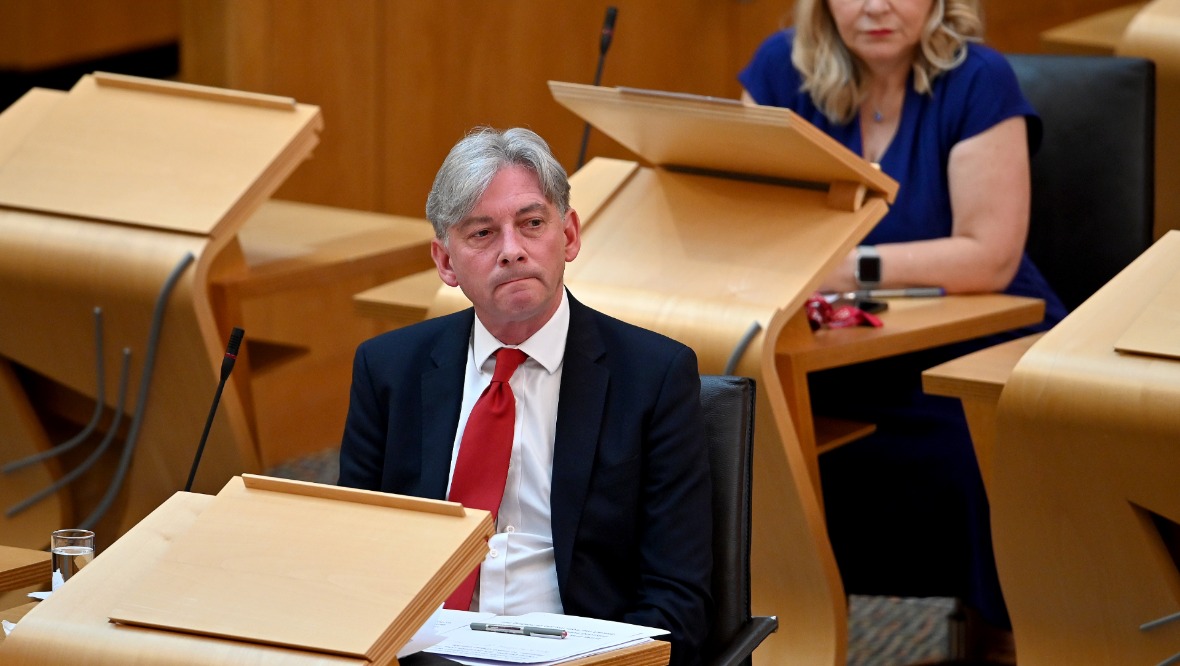 Richard Leonard has stood down as leader of the Scottish Labour Party with immediate effect.

Leonard, who had served as the head of the party since 2017, said that speculation about his leadership had become a distraction for the party to get Labour’s message across.

Jackie Baillie becomes interim leader following Leonard’s departure, which comes just months before the next elections to the Scottish Parliament in May.

Leonard said: “I have thought long and hard over the Christmas period about what this crisis means, and the approach Scottish Labour takes to help tackle it. I have also considered what the speculation about my leadership does to our ability to get Labour’s message across. This has become a distraction.

“I have come to the conclusion it is in the best interests of the party that I step aside as leader of Scottish Labour with immediate effect. This was not an easy decision, but after three years I feel it is the right one for me and for the party.”

Leonard, an MSP for Central Scotland, also said he would continue to play a “constructive part as an MSP in winning support for Labour’s vision of a better future in a democratic economy and a socialist society”.

He added: “I retain my faith in the Labour Party as the party that offers hope to people and that remains the only vehicle for the realisation of that hope.”

He said: “I would like to thank Richard for his service to our party and his unwavering commitment to the values he believes in.

“Richard has led Scottish Labour through one of the most challenging and difficult periods in our country’s history, including a general election and the pandemic.

“Even from opposition, he has achieved a considerable amount for which he should be very proud.”

Leonard had faced damaging calls from leading MSPs within the party to go.

Last September, he insisted he would lead Scottish Labour into May’s election, despite party MSPs James Kelly, Daniel Johnson and Jenny Marra all speaking out publicly against him.

His decision to resign leaves Scottish Labour looking for its fifth leader since the independence referendum in 2014 – with Johann Lamont, Jim Murphy and Kezia Dugdale all having held the job since then.

First Minister Nicola Sturgeon tweeted: “Despite our political differences, I’ve always liked Richard Leonard. He is a decent guy and I wish him well for the future.”

Ruth Davidson, leader of the Scottish Conservatives at Holyrood, said she had always found Leonard “a thoroughly decent man and a committed campaigner”.

And Scottish Conservative leader Douglas Ross said: “We disagreed on many things in politics but he was passionate about the causes he championed and I’m sure he will continue to fight on these issues going forward.”

Meanwhile, Scottish Liberal Democrats leader Willie Rennie said Leonard “is a good man who cares deeply about his politics and his party”.

STV Special Correspondent Bernard Ponsonby said Mr Leonard looked as if he knew “his time was up”.

He said: “Last year Richard Leonard was the subject of an attempted political coup. Colleagues resigned from the frontbench and party grandees called on him to quit. There looked a certain inevitability to the choreography but the seemingly inevitable resignation did not come.

“With today’s news it looks as if Mr Leonard knew his time was up. It was just a case that he was going to depart on his own timetable and not one that was drafted by his opponents.

“Leonard is a decent man who looks ill at ease in the often bare knuckle world of party infighting. He is temperamentally unsuited to bear pit politics and he must have found the behind the scenes bickering wearing.

“Like Scottish Labour Leaders of recent times he is a victim of circumstance, most pertinently that he leads a party whose voters have deserted to the SNP.

“Until such time as the Nationalists are in electoral retreat, it is difficult to see how he or indeed his successor can be regarded as anything other than a failure.

“The once mighty Scottish Labour Party have been outflanked by the SNP on social democratic grounds and by the Conservatives on the constitution. Until the post 2014 referendum bubble bursts it is difficult to see politics moving onto the kind of agenda in which Labour will once again be heard.

“In internal politics this is a big defeat for the Left. Jeremy Corbyn is gone and today an ally in Scotland too. This will deflate the Left who will now cast around for a candidate to back when the party eventually gets round to holding a new leadership election.”