Jason Leitch said the entire adult population could be given a dose of the vaccine each winter. 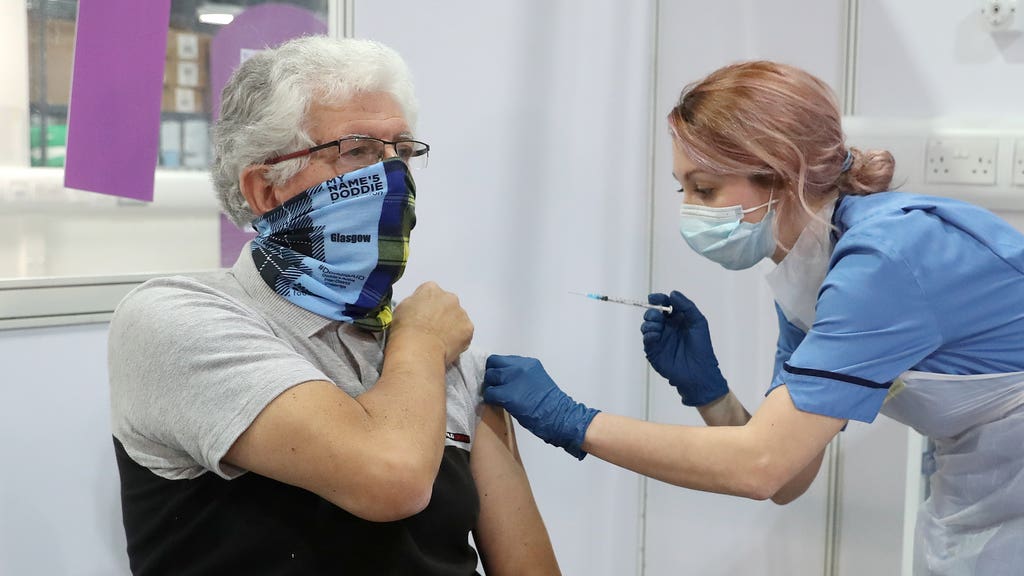 The Scottish Government is “anticipating” the need for annual Covid-19 booster vaccinations, a top adviser has said.

National clinical director Professor Jason Leitch said the entire adult population could be given a dose of the vaccine each winter, starting this year – dependent on both supply of the inoculation and the level of immunity it offers.

The Scottish Government has previously said it would like to have the entirety of the adult population in Scotland – estimated to be in excess of four million people – vaccinated by the end of July.

Speaking to Holyrood’s Covid-19 Committee, which also extended emergency coronavirus legislation for another six months to the end of September, Prof Leitch said: “What we’re anticipating is probably annual vaccination – that’s what most of the experts in respiratory viruses and vaccination expect we’ll need.

“That would mean a booster dose for those who have already been done, which will be the whole adult population, by the end of July.

“That would happen probably going into winter 2021 – I can’t know that for sure, it may be that immunity lasts long enough that we can do it in the spring, but let’s just presume that we’ve got manufacturing upscaled, the world is ready and we can do 4.5 million people in the winter of 2021.”

During the meeting on Thursday, the committee voted to extend emergency laws put in place last March to tackle coronavirus until the end of September.

Two hastily prepared pieces of legislation, which offered protection to tenants in the rental sector during the pandemic, ensured companies based in tax havens could not receive financial support from the Scottish Government and made changes to the justice system.

The Scottish Tory representatives on the committee attempted to vote down the changes – with convener Donald Cameron saying the Scottish Government should now “take stock” of the impacts of the legislation and what parts of it need to be removed.

Mr Cameron, who was speaking for himself and not as convener, told the committee: “I’m troubled by the extension of the emergency legislation for a further six months to September 2021.”

He added: “Last week, we had some powerful evidence at this committee from Empower Scotland, representing disabled groups and the Scottish Police Federation who, from very different perspectives, were of the view that instead of simply extending the legislation we should instead take stock – and I agree with that.

“A full year has passed and so much has happened within that time and I think it is correct to analyse what has worked and what has not worked, especially in light of the impact of emergency legislation on civil liberties and human rights.”

In response, Constitution Secretary Mike Russell said he was “very disappointed” the Tories were taking such a position, adding that a new government, which would take power after May’s elections, would still be able to “take stock” despite the regulations being in place.

“What the proposal from the Scottish Conservatives is will be to leave Scotland without the defence that comes from these regulations,” he said.

“I think that is a foolish thing to do and in so doing it is letting the people of Scotland down.”

The extension passed by seven votes to two.