The Labour leader said he recognised Scotland did not want the 'status quo' offered by the current UK political setup. 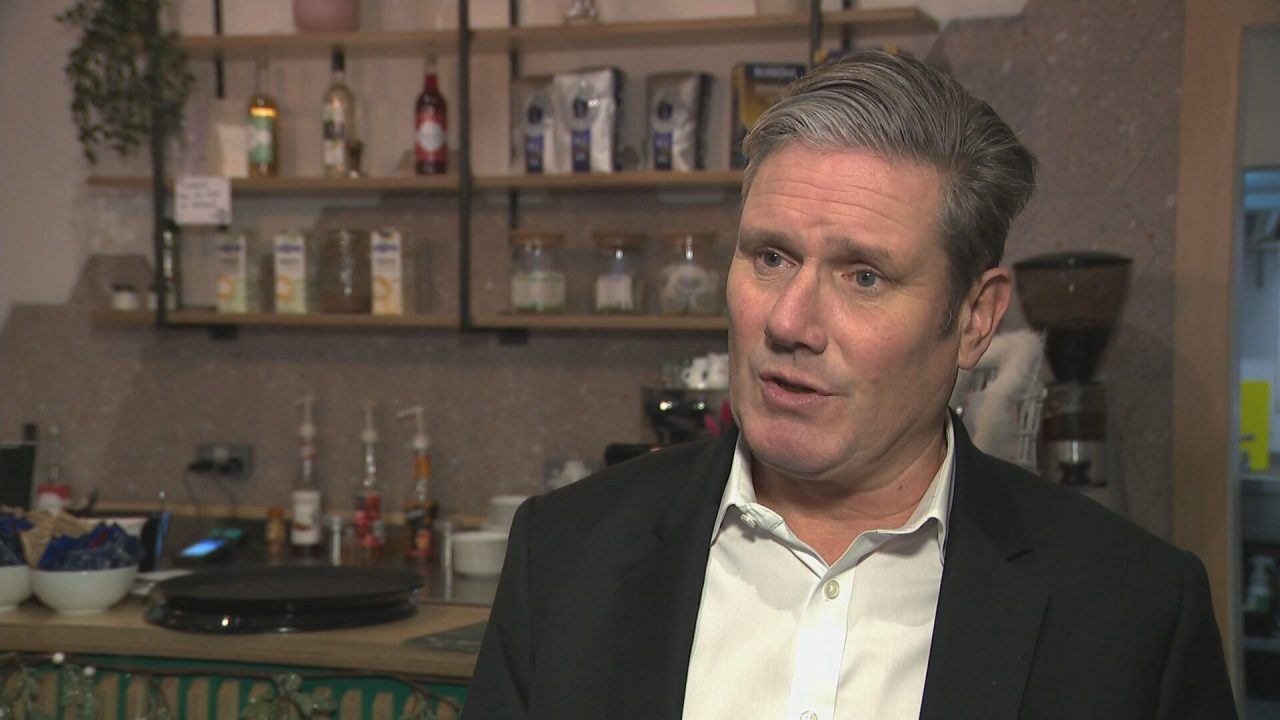 Sir Keir Starmer has pledged change in Scotland under Labour leadership – but maintained his stance that it will not be within an independent country.

The Supreme Court recently ruled that a second referendum on independence is not within the competence of the Scottish Parliament.

Approval from Westminster will be needed for a legal vote to take place – but the UK Government has repeatedly ruled out granting a Section 30 order which would permit this.

First Minister and SNP leader Nicola Sturgeon said her party will now fight the next general election as a de facto referendum.

Speaking in Glasgow on Friday, Labour leader Sir Keir said he recognises that Scots do not want the “status quo”, but that change will be best delivered as part of the UK.

He said his party will prioritise tackling issues that align with Scots, such as the cost-of-living crisis and rebuilding the economy.

He was joined for his visit by Scottish Labour leader Anas Sarwar ahead of Small Business Saturday, a campaign supporting successful local firms.

Speaking as he visited the Italian cafe Piada in the Shawlands area of the city, Sir Keir said: “The case I will take in Scotland is that we should have change in Scotland, but that should be change within the United Kingdom – a positive case for change.

“An incoming Labour government would clearly have priorities, which I think match where most people are in Scotland, which is dealing with the cost-of-living crisis, dealing with our economy and getting it growing, making sure that we’ve got the right jobs in the right places, and that Scotland can thrive.

“We’re doing well in Scotland. We continue to build our case, but it’s a very positive case for change – I’m not arguing for the status quo in Scotland – change in Scotland within the United Kingdom.”

The Labour leader has previously said Scotland is not “stuck” in the union, claiming it is a “voluntary organisation”, but insisted he would not back a referendum on the constitutional issue.

Following the Supreme Court’s ruling, Sturgeon said the judgment “exposed the myth” that the UK is a “voluntary partnership”.

Responding to Sir Keir’s comments, SNP MSP Paul McLennan said: “Labour are a pro-Brexit party under Keir Starmer and Anas Sarwar, and nothing they pledge comes remotely close to delivering what Scotland needs.

“Independence is now clearly the only route to escape harmful Westminster control, governments and policies imposed upon us against our will – whether it’s Keir Starmer’s pro-Brexit Labour party or the Tories in Number 10.”