Keir Starmer: 'I will resign if handed lockdown fine by police'

The Labour leader made a statement on Monday. 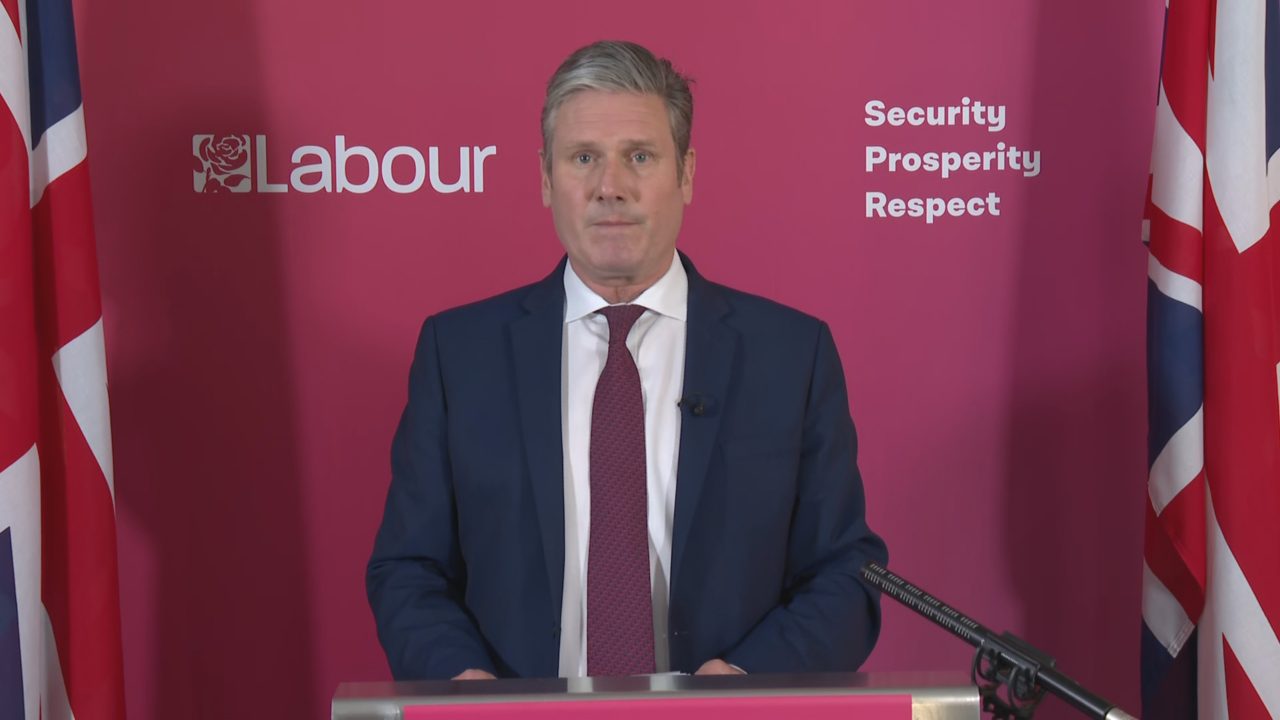 Keir Starmer has said he will resign as Labour leader if he is found by police to have broken lockdown rules and is handed a fine.

It comes after he was alleged to flouted Covid regulations during a trip to Durham last year.

Starmer made a statement addressing the issue on Monday at Labour’s HQ on Victoria Street in London.

The allegations against Starmer were reported in the press in the lead-up to the local elections.

They also came after Boris Johnson and Rishi Sunak were handed fines by the Met Police for breaking lockdown rules during the pandemic in 2020.

“I’m absolutely clear that no laws were broken, they were followed at all times. I simply had something to eat while working late in the evening, as any politician would do days before an election,” Starmer said in his statement.

“If the police decide to issue me with a fixed penalty notice, I would of course do the right thing and step down.

“This matters. It matters because the British public deserve politicians who think the rules apply to them.”

Starmer insisted that it is “wrong” to suggest that he would have casually broken lockdown rules after abiding by them.

He said: “People were entitled to expect that politicians would follow the same rules as everyone else.

“When my mother-in-law passed away suddenly, my wife and I were unable to provide he father with the support we wanted to afterwards because we followed the rules.

“Barely a day has passed where we haven’t agonised over that decision, but we did it because we followed the rules.

“We all found the rules frustrating at times, and I’m no exception to that – I had to isolate six times during Covid, pulling me away from my work and the things that I love.

“But I did it because we followed the rules. The idea that I would then casually break those rules in wrong and frankly, I don’t believe those accusing me believe it themselves.

“They are just trying to feed cynicism to get the public to believe that all politicians are the same.

“I’m here to say that they’re not. I believe in honour, integrity and the principle that those who make the laws must follow them.”

The Labour leader contrasted his position with that taken by Johnson and Sunak.

“No rules were broken, I’ve been absolutely clear about that from start to finish,” he said.

“I’ve set out today the in principle position that I believe in. Unlike those in Downing Street, I don’t think those that make the laws can then simply breach them and not take action.

“I believe that if you made a law, you should respect the law and if you’re found to be in breach of it, you should step down.”

He added: “This is a matter of principle and honour for me, it’s about who I am, what I stand for.

“And I stand for honour and integrity and the belief that politics is a force for good and we shouldn’t all be dragged down by this cynical belief that all politicians are the same.

“And I’m here to make it clear that I am not the same. We’ve seen 50 fines in Downing Street, we’ve seen a Prime Minister who won’t step down.