During a by-election campaign visit to Batley, the PM suggested he acted over Hancock. 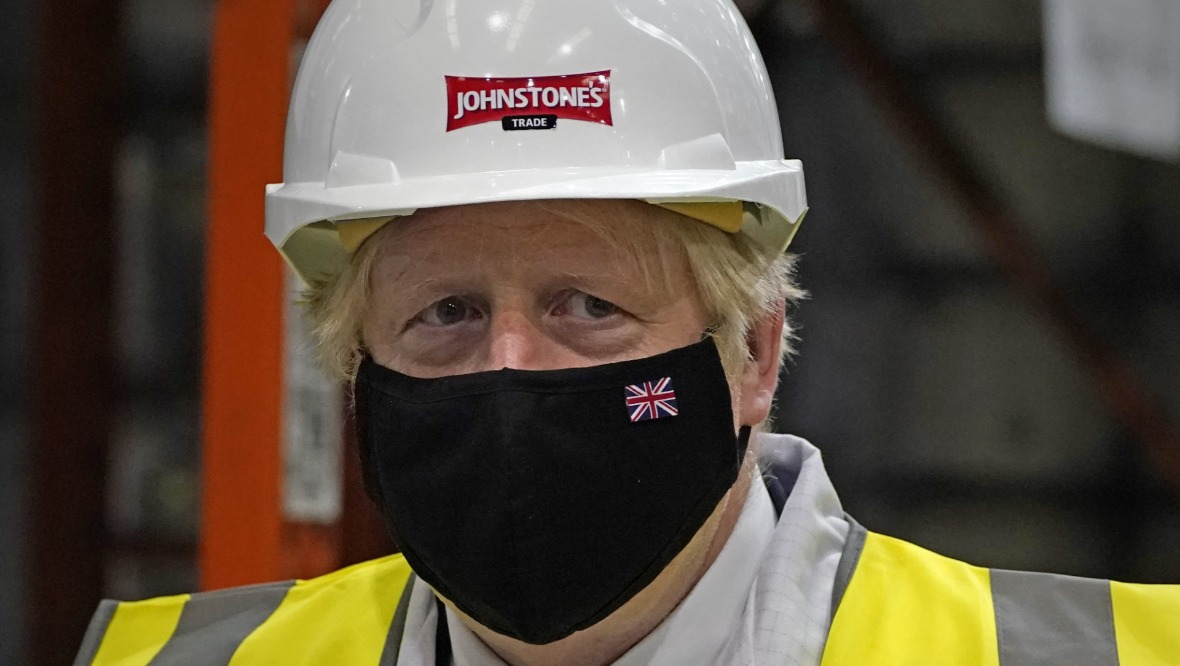 Downing Street has said Boris Johnson did not sack Matt Hancock as health secretary, or urge him to quit over the scandal that ultimately prompted his resignation, shortly after the Prime Minister appeared to claim credit.

Labour accused Johnson of “trying to rewrite history” by indicating on Monday that he acted over concerns that Hancock undermined coronavirus messaging by breaching Covid-19 guidance when he kissed an aide.

This ran contrary to No 10’s insistence on Friday that Johnson “considers the matter closed” in standing by the then-minister and his ultimate resignation the following day.

Downing Street said the pair held talks on Saturday and, having “discussed it further”, Johnson backtracked to agree that Hancock had to stand down.

During a by-election campaign visit to Batley, Johnson suggested he acted over Hancock because it undermined the Government’s message that the nation has been in the pandemic together.

Johnson said: “Well, I read the story on Friday and we got a new health secretary in post on Saturday, and I think that’s about the right pace to proceed in a pandemic.”

“And that’s why, when I saw the story on Friday, we had a new Secretary of State for Health in on Saturday.”

“Boris Johnson is trying to rewrite history because he didn’t have the guts to sack Matt Hancock,” Rayner said.

“A fish rots from the head down, and by failing to sack the former health secretary, Johnson proved he doesn’t have the leadership qualities or judgment required to be Prime Minister.”

The Prime Minister’s official spokesman came under sustained questioning over the handling of the Hancock scandal.

Asked if Johnson sacked him, the spokesman said: “No, the former health secretary resigned.”

And asked if Johnson urged Hancock to resign, the spokesman said: “No, the Prime Minister accepted his resignation, he agreed it was the right decision.”

The spokesman declined to explain what changed between Friday – when a No 10 spokesman said Johnson accepted Hancock’s apology and “considers the matter closed” – and Saturday, when he accepted his resignation.

“All I can say is they discussed it further and the Prime Minister agreed with the former health secretary that it was right for him to offer his resignation,” the official spokesman said.

Meanwhile, the spokesman suggested Hancock personally hired Gina Coladangelo, the aide he was caught intimately embracing on leaked CCTV, as a non-executive director at the health department.

The Prime Minister’s official spokesman said: “As far as I’m aware I believe ministers are entitled to make direct appointments and I believe that was the case in this instance.

The long-term friend of Hancock was brought into the Department of Health and Social Care (DHSC) first as an unpaid adviser before getting the £15,000-a-year director role in September.

“Everything that I understand so far leads me to believe due process was followed in the appointment of this person and any declarations that should’ve been made were made,” he told Sky News.

Hancock’s replacement as health secretary, former chancellor Sajid Javid, said the camera that caught the embrace has been disabled and suggested its presence would be investigated.

During a visit to St Thomas’ Hospital in London, Javid said: “I haven’t disabled the camera that you are talking about but it has been disabled by the department.

“I don’t think, as a general rule, there should be cameras in the Secretary of State’s office.

“I’ve never known that in the other five departments that I’ve run and I’m not really sure why there was one here, but I’m sure there will be more to this as the whole incident is investigated.”

No 10 said it has not received confirmation on whether Hancock would take the £16,000 severance payment he is entitled to, but it is understood he will not be accepting it.

Downing Street also insisted that Hancock and health minister Lord Bethell did not use personal email addresses for Government business as Labour demands an investigation into allegations they did.

The Prime Minister’s official spokesman said: “Both the former health secretary and Lord Bethell understand the rules around personal email usage and only ever conducted Government business through their departmental email addresses.”