Johnson refuses to be drawn over ‘partygate’ and resignation calls

The Prime Minister said he is 'working very hard' with Conservative colleagues in Scotland. 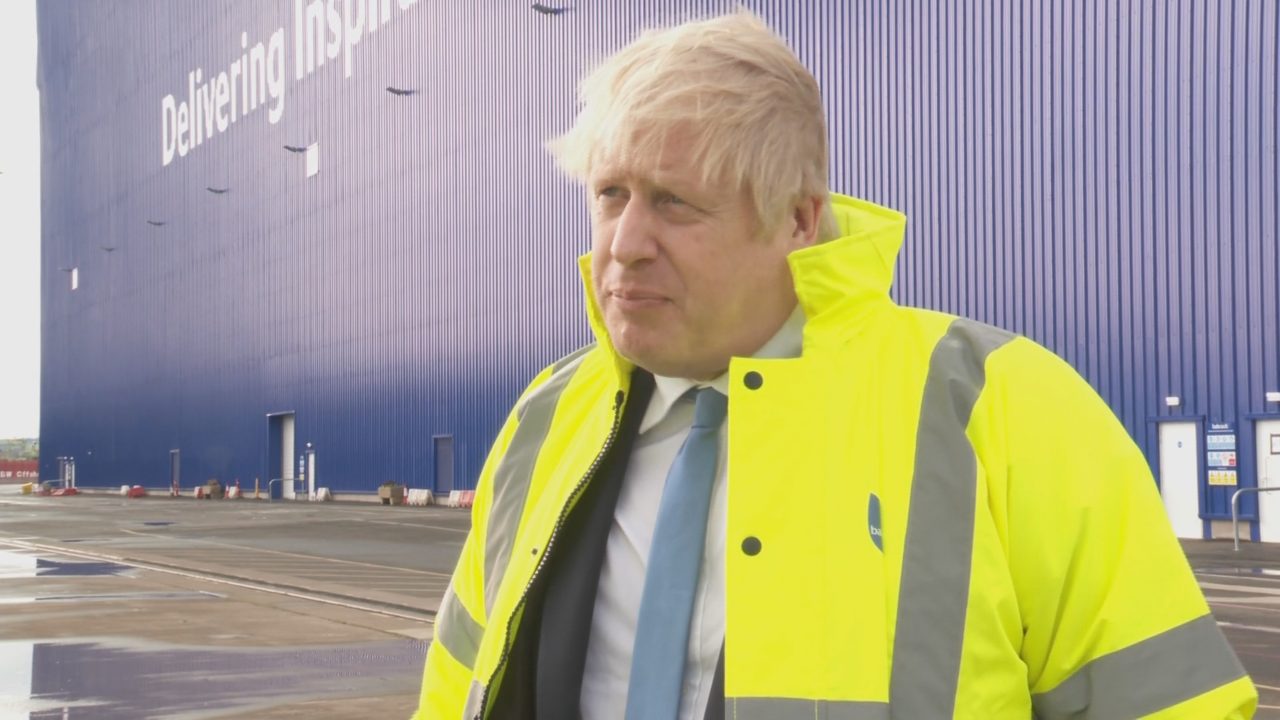 Boris Johnson has refused to be drawn over the ongoing police investigation into lockdown breaches at Number 10 and the calls for him to resign from Scottish Conservative MSPs.

The Prime Minister was asked about the issue during a visit to Rosyth on Monday as part of his tour of the UK to press ahead with his ‘levelling up’ agenda.

Scottish Conservative leader Douglas Ross last month described Johnson’s position as “no longer tenable”, after it emerged that a number of gatherings were held in Downing Street and across Whitehall during the pandemic.

Ross was backed by his party colleagues at Holyrood over his call for the Prime Minister to resign.

A paper published by the senior civil servant Sue Gray following her inquiry into the gatherings found there had been “failures of leadership and judgment”.

However, the full details of her report cannnot be published whilst the Metropolitan Police carry out their own investigation into the matter.

Asked what authority he has in Scotland following the resignation calls he has faced from Tory colleagues, he insisted that collective work is being carried out on “great projects”, including the new ‘green freeports’.

“I’m working very hard with my colleagues in Scotland on our joint agenda of uniting and levelling up, and delivering for the people of the whole UK,” he said.

“We’re very proud, collectively, of what the UK Government has done at all levels to get us through Covid very effectively so that we now have the fastest growing economy in the G7 last year and this year.

“Plus, we’re working together on great projects which we’re able to do now such as the freeports and such as investment in Rosyth.”

Asked about whether he has received a questionnaire from the Metropolitan Police as part of their inquires into lockdown-breaching gatherings at No 10, Johnson refused to answer directly.

He said: “All that is a process that has got to be completed before I can say anything more, but I look forward to telling you a lot more in due course.”