Prime Minister accuses SNP of pushing for a second vote 'regardless of the cost to Scotland and the whole of the UK'. 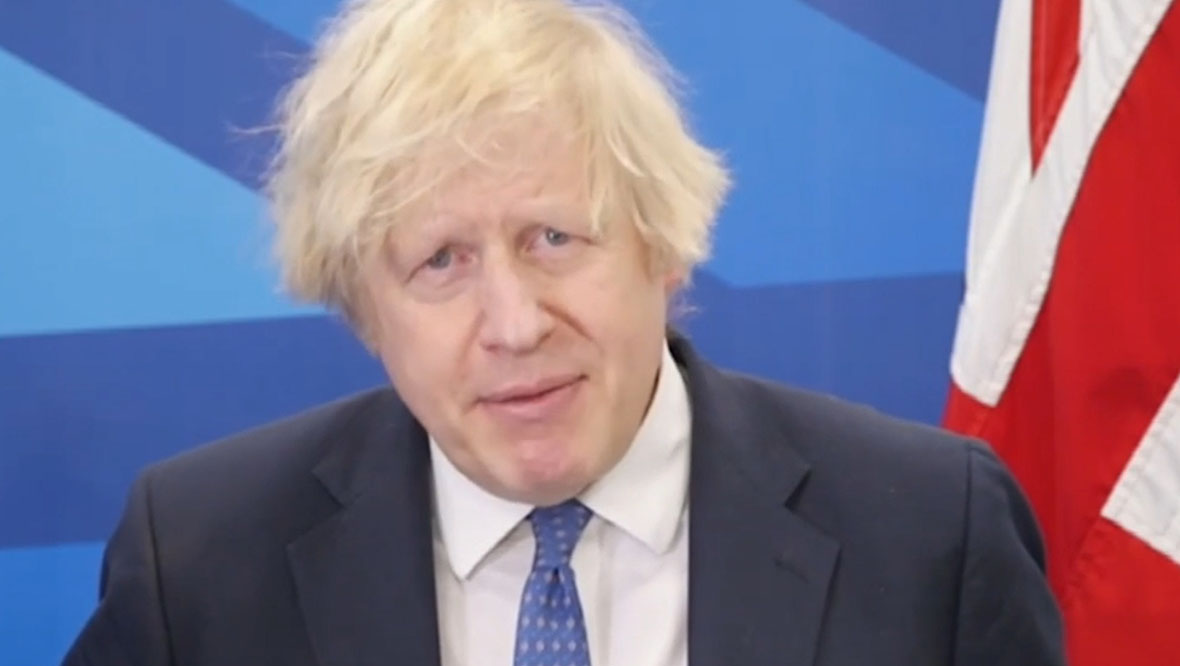 Addressing the Scottish Conservatives’ virtual spring conference, Johnson accused the SNP of pushing for a second vote “regardless of the cost to Scotland and the whole of the UK”.

He said: “Just when everything is beginning to reopen again, when we will soon be reunited with our friends and family, the SNP think that this is the time to turn us all against one another.

“To start another political fight. Perhaps I shouldn’t be surprised: it is their party’s obsession.  Yet surely even they have a sense of priority, of what is important right now?

“The SNP can see – after the impact of coronavirus – that people want time to renew their lives and to rebuild relationships that have become stretched.

“They know that workers are concerned primarily about their jobs and businesses concerned for their future. How can the SNP say that a referendum is the priority to them?

“It is the last thing they need right now. It is clear, though, that the SNP are not listening. They are intent on pushing for a referendum, regardless of the cost to Scotland and the whole of the UK.”

The SNP remain on course for a majority at the Scottish Parliamentary election in May, according to the latest STV News/Ipsos MORI poll released last month.

However, support for the party slipped slightly, with the ongoing Alex Salmond inquiry making some voters think twice.

Backing for Scottish independence dropped in the latest poll – although 52% of the most likely voters said they would back separation from the rest of the UK.

Scotland goes to the ballot box on May 6, with the poll projecting that the SNP will win 72 of the 129 seats – nine more than now and giving them a majority of 15.

At the SNP’s annual conference last November, First Minister Nicola Sturgeon said Scotland is a “nation on the brink of making history”, as she insisted the country’s people have the “right” to choose their own future in a second independence referendum.

While Boris Johnson has vetoed SNP calls for a fresh vote on the issue, the First Minister has said she hopes another ballot could be held in the early part of the next term of the Scottish Parliament.

Meanwhile, Scottish Labour leader Anas Sarwar responded to Johnson’s speech on Sunday, saying the Conservatives “want to take us back to the old divisive arguments”.

He said: “They want us to argue with each other rather than focus on the priorities of the Scottish people – creating jobs, a comeback plan for education and rebuilding our NHS.

“Only Scottish Labour is going into this election with a focus on national recovery and uniting our country.”