The Prime Minister said his adviser had acted 'responsibly and legally and with integrity' despite claims of lockdown breaches. 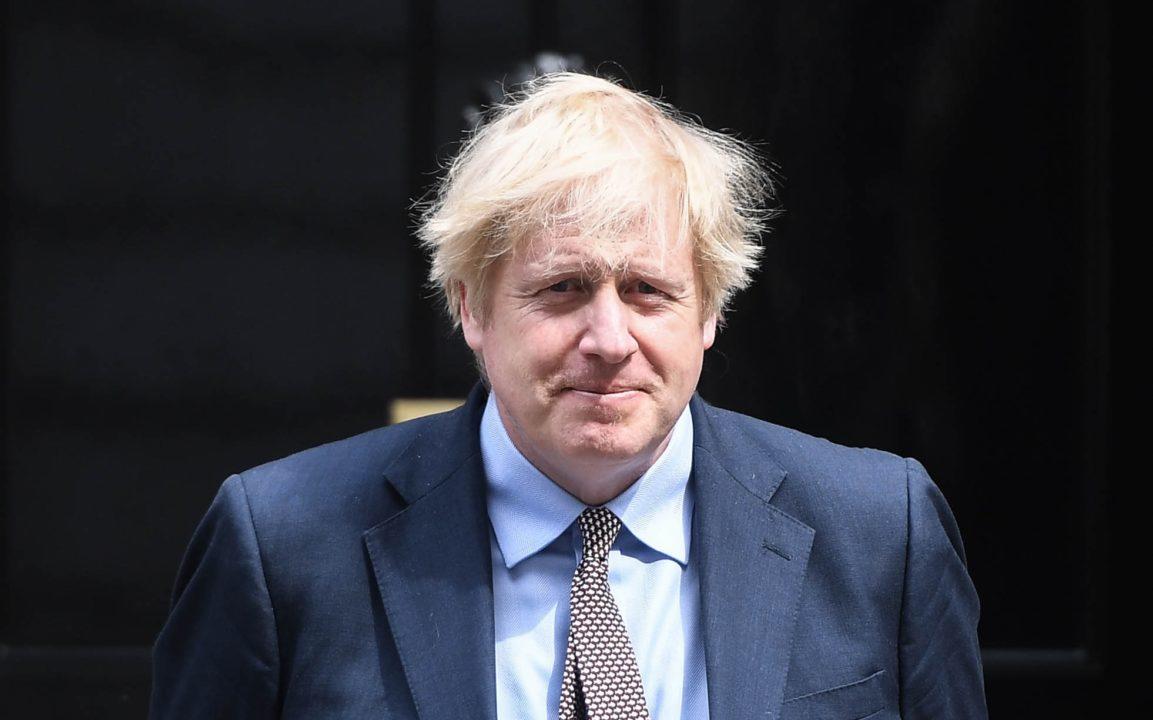 Boris Johnson has backed his top aide Dominic Cummings over reports he breached lockdown restrictions by travelling 260 miles from London to Durham.

The Prime Minister said he believed his adviser had acted “responsibly and legally and with integrity” amid a storm of controversy over the alleged lockdown breaches.

First Minister Nicola Sturgeon has called for Mr Cummings to resign, along with a number of Conservative MPs including the influential backbencher Steve Baker.

But Scottish Conservative leader Jackson Carlaw said the Prime Minister had now “reached a conclusion” on Mr Cummings’ fate and said the country should return its attention to tackling the Covid-19 pandemic.

It emerged Mr Cummings had travelled 260 miles to County Durham in March to self-isolate with his family while official guidelines warned against long-distance journeys.

Further reports over the weekend also suggested he took a second trip to the north-east of England in April, having already returned to work in London.

Mr Cummings denied the fresh allegations, which were reported by the Observer and the Sunday Mirror, and the PM referred to them as “palpably false”.

Leading the UK Government coronavirus press briefing for the third time since being discharged from hospital on April 12, Johnson said he could “not mark down” Mr Cummings for the way he acted.

The PM said: “I have had extensive face-to-face conversations with Dominic Cummings and I have concluded that in travelling to find the right kind of childcare, at the moment when both he and his wife were about to be incapacitated by coronavirus – and when he had no alternative – I think he followed the instincts of every father and every parent.

“And I do not mark him down for that.

“Though there have been many other allegations about what happened when he was in self-isolation and thereafter, some of them palpably false, I believe that in every respect he has acted responsibly and legally and with integrity and with the overwhelming aim of stopping the spread of the virus and saving lives.”

But shortly before the Prime Minister took the briefing, the Scottish First Minister tweeted the “integrity of vital public health advice” was more important than losing an adviser.

Referencing the resignation of her former chief medical officer Catherine Calderwood for breaking lockdown rules, Sturgeon said: “I know it is tough to lose a trusted adviser at the height of crisis.

“But when it’s a choice of that or integrity of vital public health advice, the latter must come first.

“That’s the judgment I and, to her credit, Catherine Calderwood reached.

“PM and Cummings should do likewise.”

However, weighing into the controversy for the first time, the leader of the Scottish Conservatives said Johnson had “reached a conclusion and we must all now focus on continuing to beat this dreadful pandemic”.

Jackson Carlaw said: “I’ve heard what the Prime Minister has said and it is a situation for him to judge.

“He has reached a conclusion and we must all now focus on continuing to beat this dreadful pandemic.

“I want the Prime Minister to be able to continue his excellent work leading the country out of lockdown and I am glad he set out his plans clearly today.

“Here in Scotland, our focus must be on tackling the ongoing crisis in our care homes and building a robust testing and tracing system.

“There are more worrying reports today that this is proving difficult, and the Scottish Conservative focus will be on challenging the Scottish Government and demanding that promises both to protect care homes and isolate the disease are kept.”

Clamour grew on Sunday for the PM to dispense with the adviser he credited with helping him to win a landslide at the general election last year.

A host of Tory MPs piled in to claim the 48-year-old’s position had become “untenable” after it was confirmed he journeyed to stay in a family property in Durham when official advice was to stay home.

Over the weekend, Number 10 admitted Mr Cummings had driven from his London home to the north-east in March after his wife started displaying Covid-19 symptoms, becoming fearful there would be no-one to look after his four-year-old child if he also took ill.

But according to reports, the former Vote Leave campaign co-ordinator made a second trip to Durham and was seen there on April 19 – five days after being photographed on his return to Westminster.

A second witness told the papers they saw him a week earlier in Barnard Castle on Easter Sunday, a popular tourist location 30 miles from Durham, during the period he was believed to be self-isolating.

The reports convinced Tory MP and former minister Steve Baker to break ranks and call for Mr Cummings to be dismissed.

The prominent figure in the Brexit campaign told Sky News: “I’m afraid I just think this is the end of the road.”