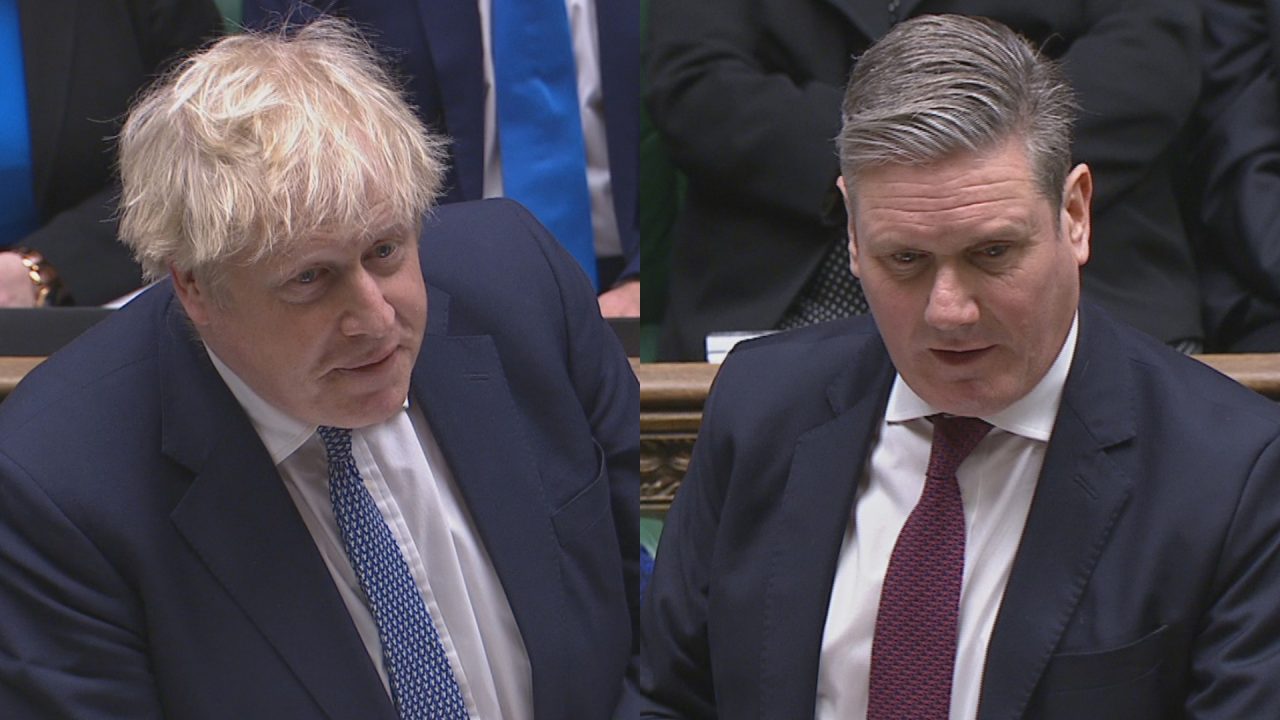 Boris Johnson has been accused of using the “conspiracy theories of violent fascists” to score political points, after accusing Sir Keir Starmer of failing to prosecute Jimmy Savile.

At Prime Minister’s Questions, the Labour leader challenged Johnson over the unfounded claim, which he made on Monday during his statement following the publication of Sue Gray’s report.

The Prime Minister has been embroiled in scandal over gatherings held at Downing Street during the coronavirus pandemic, with a police investigation now under way.

Addressing Conservative MPs, Starmer told the Commons: “I just want to say to the members opposite, theirs is the party of Winston Churchill.

“Our parties stood together as we defeated fascism in Europe.

“Now their leader stands in the House of Commons parroting the conspiracy theories of violent fascists to try and score cheap political points.

“He knows exactly what he is doing. It is time to restore some dignity.”

Despite being challenged by the Labour leader, Johnson stood by his accusation.

He told Starmer: “I don’t want to make heavy weather of this but I am told that in 2013, he apologised and took full responsibility for what had happened on his watch.

“I think that was the right thing to do.”

Starmer also challenged the Prime Minister over the £8.7bn lost on PPE during the coronavirus pandemic.

He said: “The UK has suffered the worst economic crisis in the G7, the Prime Minister has more chance of persuading the public that he didn’t hold any parties than he has of persuading them that the economy is booming.

“High taxes are not just the result of low growth. Under this Government, we’ve seen a pandemic of waste and fraud.

“From the Prime Minister’s yacht, to Government contracts for mates of ministers, they’ve treated taxpayers as an ATM machine for their mates and their lifestyles.

“Now we find they’ve written off £8.7bn on PPE and the chancellor’s writing off £4.3bn in fraud.

“That’s enough to cover the tax hike he’s inflicting on working people. So why did this Government block the National Crime Agency from investigating all the billions they lost to fraud?”

Johnson responded: “Of course we despise fraud and those who steal from the taxpayer, and that’s why we’ve already recovered £743m in lost furlough money, £2.2bn that were stolen in bounce back loans and we will go on.

“But I have to tell you that I am proud of what this Government and this country did in securing record quantities of PPE in record time, in furloughing and looking after the entirety of British business and society in the way that we did.”