John Swinney confirmed £20m would instead be used to help support Scots struggling amid the cost of living crisis. 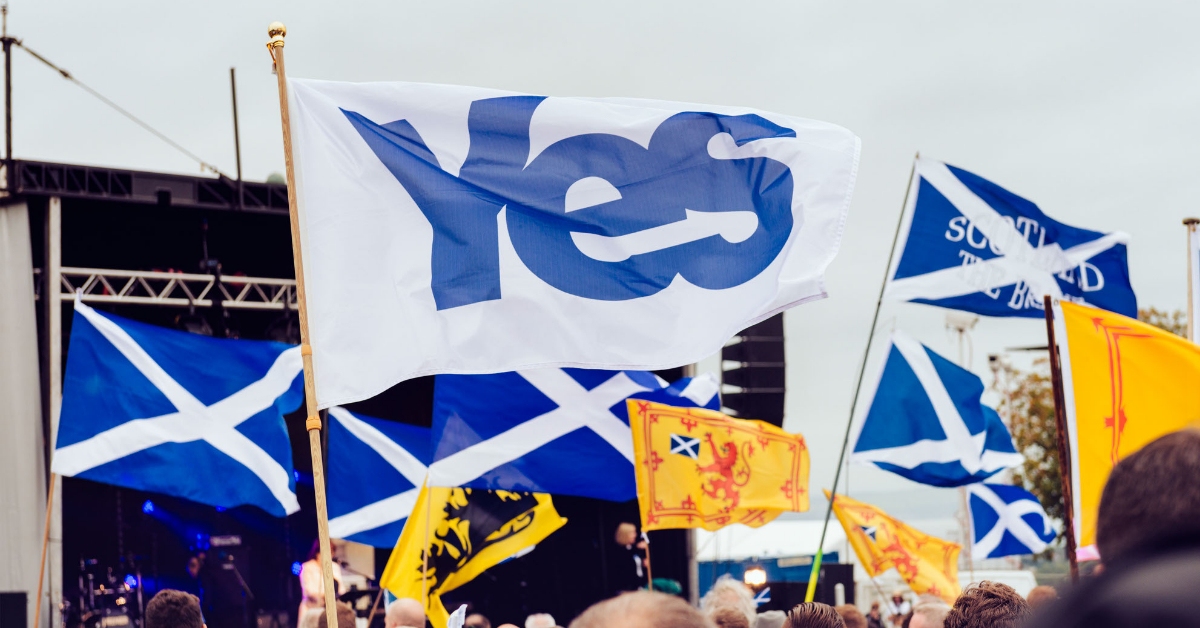 Funding earmarked for a Scottish independence referendum next year will be diverted to help those facing fuel poverty, John Swinney has stated.

The deputy first minister made the announcement as he set out the Scottish Budget at Holyrood on Thursday.

A sum of £20m had previously been set out by the Scottish Government to enable a vote to take place.

It had been the intention of ministers for an independence referendum to go ahead in October 2023.

However, the Supreme Court ruled that the Scottish Parliament does not have the legislative competence in order to hold a referendum on the constitution.

READ MORE: At a glance: How will the Scottish budget affect my money?

Swinney had earlier said there would be “difficult decisions” ahead of setting out the Government’s spending plans.

Opposition parties had called on the SNP to use the referendum funds to target other priorities facing Scots.

Speaking at the Scottish Parliament, Swinney confirmed that the money will instead be used to extend the Fuel Insecurity Fund in order to help households struggling with energy costs.

“In the resource spending review, the Scottish Government committed to make £20m available to fund the cost of a referendum on independence,” he told MSPs.

“The Government believe that to be a necessary investment to ensure the people of Scotland have the opportunity to express their democratic right to self-government.

“The Scottish Government respects the decision of the Supreme Court, but still believes the people of Scotland must have the opportunity to have that say in a democratic referendum in line with our clear mandate.

“And when that opportunity is available, the Scottish Government will make financial provisions for that to happen.

“However, at this moment, I must make full use of the resources available to me.”

Swinney said that it was a “travesty” that people are having to languish in fuel poverty.

He continued: “One of the reasons why I believe Scotland will be a successful independent country is because of the energy wealth that we enjoy.

“Scotland is a country with an abundance of renewable energy opportunities. The travesty, however, is that despite that strength, too many of our people languish in fuel poverty.

“In order to help our most vulnerable citizens, I intend to utilise the finance earmarked for a referendum on independence to make provision to extend our Fuel Insecurity Fund into next year – a further £20m to address yet another failure of the United Kingdom and its policies.”

Scottish Conservative finance spokesperson Liz Smith asked whether civil servants tasked with working on plans for a referendum would also have their activities reprioritised.

“It is very good news indeed that finally the Scottish Government has withdrawn the £20m that was due for an independence referendum,” she told Swinney.

“But can I ask him to confirm that as well as reprioritising that money, has he also reprioritised the activities of the 25 civil servants that were working on that?”

The deputy first minister responded: “On this obsession that Liz Smith has got with the £20m for the independence referendum, she’s absolutely and completely obsessed by the whole thing, I’m beginning to get worried about her obsession with that.

“I confirmed that in order to deal with the fuel poverty that exists in our country, the punishing inflation that people are wrestling with, the sky-high energy costs that have been fuelled by the mismanagement of the United Kingdom’s energy and economic polices by Liz Smith’s allies in the United Kingdom, I am allocating that resource to support those in fuel poverty, and surely the Tories could welcome that.”