EIS' Larry Flanagan said there's no clear picture over what the staffing composition will be at the start of the new term. 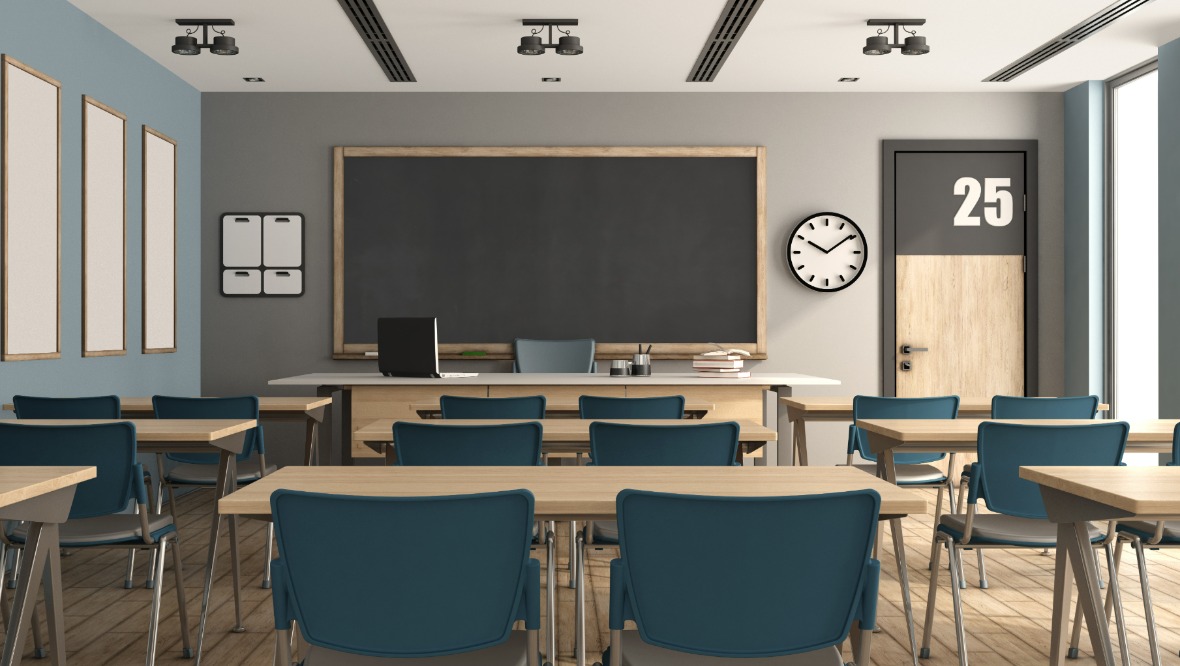 It could be a challenge to reopen some schools fully in the New Year due to surging Covid cases in Scotland, a teaching union chief has warned.

More than 70,000 new coronavirus cases have been recorded over the festive break.

EIS general secretary Larry Flanagan told STV News there’s currently no clear picture over what the staffing composition will be at the start of the new term.

He added: “I think we will have to be alert to the fact that there will be potentially some challenges in particular hotspot areas.

“And it may be that remote learning for a week or for two weeks will be necessary in order to get young people at least back into education.”

Mr Flanagan said the situation is “beyond our immediate control” due to the “unknown” around how many school staff have picked up the killer virus over the holidays.

Speaking about the record-high case numbers, Mr Flanagan said: “I think there will be a great deal of concern on the part of parents, pupils and, of course, school staff.

“We know that most teachers, for example, are double vaccinated.

“We’ve been urging members to take advantage of the booster programme, but people have been getting infected despite the vaccinations.

“So, I think there will be potentially a very real challenge around staff numbers in relation to schools reopening.”

Despite a “tightening up” of mitigations already in place to stem the spread of the disease, Mr Flanagan said it won’t mean that schools will remain Covid-free.

He added: “So, I think it will be a challenging period, particularly in terms of maintaining staff numbers.”

First Minister Nicola Sturgeon was criticised on Wednesday for failing to cut the self-isolation period from ten to seven days.

Current Scottish Government guidance states that people who develop symptoms should stay at home for ten days from when symptoms begin and book a test. They should not visit a GP, pharmacy or hospital.

Household contacts of a positive test must also self-isolate for ten days regardless of their vaccination status or a negative PCR test.

Citing a study that showed Omicron was more transmissible but the effects “less severe”, Scottish Conservatives leader Douglas Ross questioned why no decision had been made during the FM’s update to MSPs.

He added: “Businesses across Scotland are struggling with the impact of these restrictions at what should be their busiest time of the year and many of the same businesses are also affected by these self-isolation rules.

“Absences and a lack of staff cover will mean premises having to close early or not open at all despite staff members testing negative.

“I’ve been speaking to businesses throughout the festive period and they are trying to plan for the next few weeks and months but the First Minister’s indecision on these self-isolation rules is continuing to cause them trouble to plan for the period ahead.”

Describing it as “one of the most important and actually one of the most difficult decisions we will take”, Sturgeon said she was being responsible by considering any changes to self-isolation rules in depth.

She added: “We are still taking a few more days because we have a very rapidly rising number of cases right now which is both a reason to do this, but also a reason to be cautious about doing it.

“If we release people from isolation while they may still be infectious, then yes we will relieve some of the pressure that we are seeing on the economy and that is not to be underestimated, but that will be short-lived because the risk we take is that we will actually accelerate the spread of the virus and then that pressure on the economy will increase in the medium to long-term.”

In response to the self-isolation rules, Mr Flanagan agreed that the Scottish Government should “proceed with great caution”.

He added: “The ten-day self-isolation period was designated as what was required by the scientists based upon the evidence around transmission.

“So, if there’s going to be any change to that, we think we’d need to see the scientific evidence which justifies that.

“We certainly don’t think we should be changing self-isolation rules as an expedient to try and get more staff back into schools because ultimately we think that would lead to a greater spread among school staff and also potentially to pupils and their families.”