Is the honours system fit for purpose or should it scrapped?

More than 1000 people were honoured by the Queen at new year. 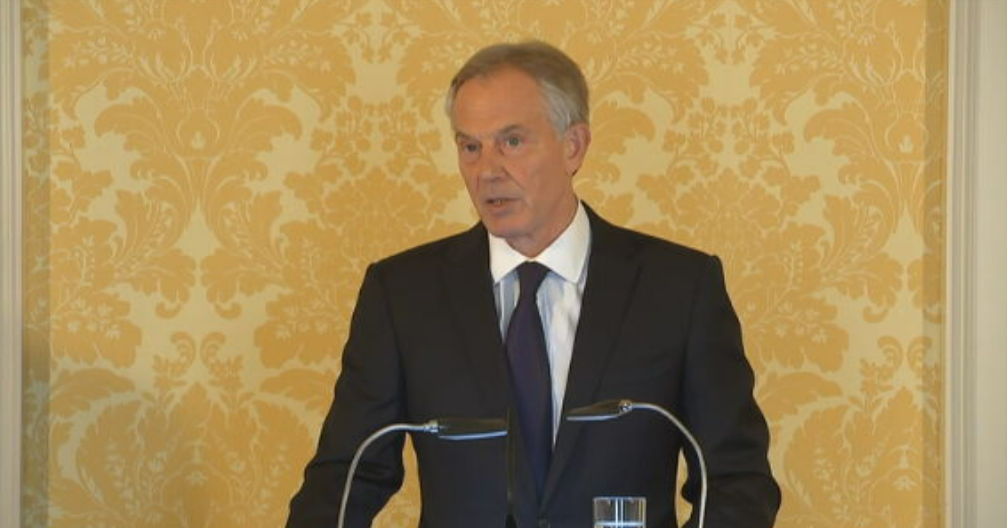 From knighthoods to MBEs, damehoods to OBEs, the honours system is woven into the fabric of British society.

The Queen’s recent new year list honoured more than 1000 recipients – including former prime minister Tony Blair, whose knighthood has been opposed by more than one million people in an online petition.

So, is the system fit for purpose? That was the subject of debate on STV current affairs show Scotland Tonight on Wednesday.

Rona Dougall (Scotland Tonight presenter): Neil, a lot of knighthoods and damehoods grab a lot of publicity. But isn’t it the case that a lot of non-famous people get these awards for really viable work? Isn’t that a bit of an overreaction to get rid of it altogether?

Neil Findlay: Of course normal people are put forward for honours, but it’s dominated by the privately educated. There’s an over-concentration of people who live and work in a small area of London who get honours.

We know it’s the civil servants, the the former politicians and the party donors who dominate the honour system. Where is the recognition for the hundreds of thousands, if not millions, of key workers, who have kept us going through the Covid pandemic?

Rona: Peter, is it for the elite? What about the thousands of people that have been doing amazing work during the pandemic?

Peter: I think they are being recognised. I remember clapping for carers. I remember so many people saying ‘what a brilliant job the NHS has done right across the United Kingdom’, and well done to them.

I think the honours system is something a bit separate, there are many people who are recognised for a lifetime of service. The problem I have is those who are given awards for simply making a lot of money. Sir Mick Jagger, for example, has made an awful lot of money being a Rolling Stone, but should he get a knighthood for it? Probably not.

But I think there are lots of people who’ve used their gongs for good. Like Joanna Lumley, for example. She’s very well known as an actress, but she has been made a dame for her charity work.

Rona: But Peter, is it a relic of the bygone age, harking back to the British Empire?

Peter: I don’t think there’s anything wrong with that necessarily. The British Empire wasn’t all bad and it wasn’t all good. Of course, it wasn’t. But it’s our history. I think that these things that exist are not so terrible.

RONA: Neil, what’s your response to that? What’s wrong with harking back to tradition, and also Peter saying gongs can be for a good?

Neil: No matter how many smatterings of lollypop men or women or skilled janitors you put into the honours list, it doesn’t equate to the numbers of people from the establishment and the political elite who get these honours.

Peter: I just wondered if Neil would give a knighthood or a damehood to every single person who works in the NHS? I mean, you’re talking over a million people.

I think there are people that should be well recognised for the amazing work they do, but if we’re talking specifically about MBE, CBE and knighthoods, and things like that, there is no monetary value to those, they are simply an award.

Rona: Neil, what would you replace it with?

Neil: I think there has to be a different system recognises people within the community who make significant contributions, and it has to be a more democratic and open system. And I don’t have a magic wand to see what it would be replaced with because I think that needs a bit of thought.

It could be done through, for example, local government, where they know the people in the community making the big contributions.

Peter: It’s interesting that Neil doesn’t appear to trust the London establishment to give people awards, but he does appear to trust local government. I wonder why local politicians – councillors, for example – wouldn’t feel even more pressure to give awards to the local luminaries and those who have perhaps aided or helped them in their quest to get into local council.

Rona: Peter, if you were awarded an honour, would you accept it?

Peter: I think it’s highly unlikely I’ll ever be given one, maybe a Mars Bar or something for my efforts, but I’d love to. Yes, I would happily accept it. It’s a wonderful group of people who receive them.

Rona: Neil, I won’t even bother asking you – I take it the answer would be ‘no’?

Neil: Well, the answer’s no and I wouldn’t say Peter should give up hope. I mean, David Cameron’s hairdresser was given an honour, but I don’t think Boris Johnson’s hairdresser would quite make the cut.