Liz Truss described the First Minister as an 'attention seeker' during a Tory leadership debate. 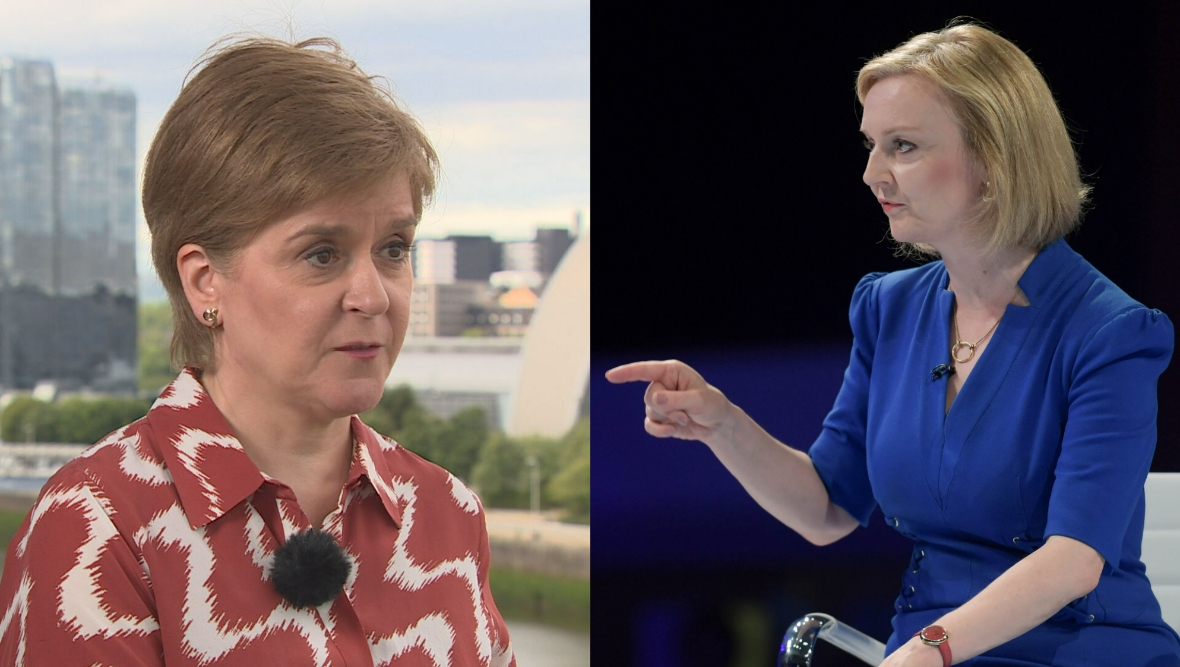 Most political leaders are attention seekers, posing for pictures and promoting their message. Sturgeon is certainly no stranger to a selfie, but Truss has previously posed for pictures in a tank, and at the start of the leadership campaign pretty much dressed up as Margaret Thatcher, just as she says she did all those years ago in a school election in Paisley.

I was told a story yesterday that the last time the two met in person was at COP26 in Glasgow last year. The First Minister had just had a photoshoot published in Vogue and the Foreign Secretary was keen to find out how to get one herself.

Sturgeon told Truss that she hadn’t asked for it, the magazine had contacted her, and it was the second time she’d been in Vogue.

The more serious part of Liz Truss’s comments, last night in Exeter, was that “the best thing to do with Nicola Sturgeon is ignore her”.

Not really very diplomatic language for the Foreign Secretary to use. It got a big cheer from Conservative party members at the leadership hustings and it has had some degree of support from pro-union campaigners on Twitter, but it ignores the reality of the modern-day devolved UK.

And it ignores what I have heard many Conservatives and many business leaders and other groups say for years: “What Scotland needs is for both its governments to work together.” If I had a pound for every time I have heard that, I would probably have a tidy sum.

Supporters of Rishi Sunak have described Truss’s comments as ill-informed. She went on to say: “What we need to do is show the people of Scotland, Northern Ireland and Wales what we are delivering for them and make sure that all our government policies apply right across the United Kingdom.”

That sounds very much like stuff I’ve heard from the campaign of the ex-chancellor, so there is really not much to draw between the two candidates for Prime Minister on the union. Neither will allow the Scottish Government to hold a referendum, so no change there from what Boris Johnson or Theresa May said.

Truss and Sunak are trying to win the votes of around 160,000 Conservative members, about 10-12,000 of them in Scotland. To become Prime Minister, they have to give them what they want, throw them some red meat.

They might not like Nicola Sturgeon, but she is First Minister of Scotland, elected by the people of Scotland and ignoring that would put the union they support at even greater risk.