Scottish Tory leader says the SNP asked for a mandate to hold a second referendum but people across Scotland said 'no'. 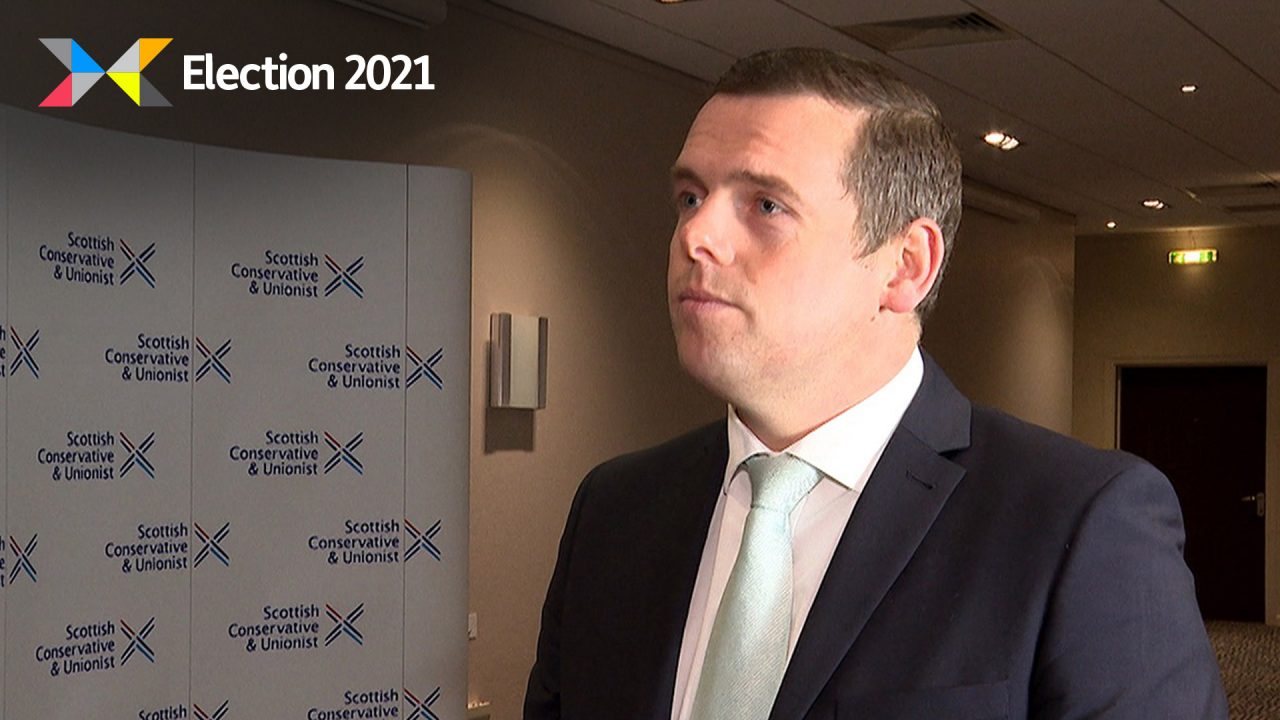 The passing of a bill to hold a second independence referendum “would be outwith the competency of the Scottish Parliament”, Scottish Conservative leader Douglas Ross said on Sunday.

Speaking to STV News, Ross said his party would oppose any legislation on a second vote brought forward by the Scottish National Party and the Scottish Greens.

The SNP won 64 seats following Thursday’s Holyrood election vote – one more than in 2016, but one short of an overall majority.

Meanwhile, the Scottish Conservatives matched their best ever result at a Scottish Parliament election as Ross maintained the 31-seat total won in 2016.

He said: “There is no SNP majority and of course Nicola Sturgeon was asking for that to give her a majority, a mandate, to take forward another independence referendum and the people across Scotland said ‘no’.

“They said they didn’t want that SNP majority, they didn’t want the government to go unchecked in this next parliament and that’s why it’s important for the main opposition party to ensure we challenge the SNP and get the focus where I think people do want it, which is on our recovery.

“They also made it very clear that people could vote SNP at this election and it wouldn’t be taken as a mandate for another independence referendum and I think many people are now watching just what’s happened in the last couple of days with great disappointment that that pledge and that promise has been overturned so quickly by senior SNP MSPs.”

Tactical voting was said to have helped contribute to an increase in the Tory’s share of the vote in this election.

And Ross, who will re-enter Holyrood on the Highlands and Islands regional list, said he believes the main priority in the next parliament is to pass legislation that protects jobs, improves education standards and secures the country’s recovery from the coronavirus pandemic.

He said: “Let’s see what the Scottish Government bring forward and let’s hope that they actually bring forward the priorities of people across Scotland. We’ve come through a really decisive election campaign, where we’ve had a lot of debates about this, what I think people are looking for is a bit of unity within our parliament, to work together across political parties to focus on the issues that really matter to people in Scotland and the one thing that doesn’t matter to people right now is another referendum bill.

“The UK Government are not supporting another independence referendum. Let’s see if we can just focus on the first few months and years of our parliament on our recovery.

“If it’s outwith the competency of the Scottish Parliament, what form of vote will we have in Holyrood on that issue? I do think in all fairness you are, understandably, following the line Nicola Sturgeon wants the media to follow about a big court battle but ultimately it’s about the powers we have here in Scotland right now.”